The council is considering selling about $400 million worth of assets to address a nearly $1 billion shortfall in financing the South Island city's rebuild, due in part to it being very under-insured before the quakes. 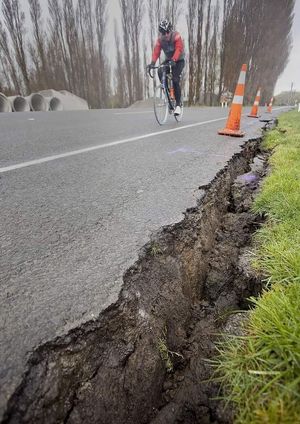 Damage to a Christchurch road in the September 2010 quake. Photo: PHOTO NZ

Since the quake on 4 September 2010, the council has received about $350 million in insurance settlements - mostly for underground networks such as water and wastewater systems.

The chair of the council's finance committee, Raf Manji, says that's the price that must be paid to get the settlement the city needs.

"If we look in the grand scheme of things we're looking at a potential $1 billion overall settlement, we've spent nearly $10 million, we might spend another $1 to $2 million, which at 1 to 2% is probably a fair amount."

Mayor Lianne Dalziel's council last year commissioned Auckland lawyer Tom Weston, QC, to carry out an independent report on why the city was so grossly under-insured and exactly how much it is out by.

That report has never been made public, but former mayor Garry Moore believes the city could be short by between $500 million and $700 million. He lays the blame squarely in the lap of the former council, led by mayor Bob Parker and controversial chief executive Tony Marryatt.

Mr Moore said the findings of the so-called Weston Report should be made public.

"People should be made accountable for what has gone wrong. If you look very carefully at the council records, it's very hard to find when the council actually decided to change insurance companies." 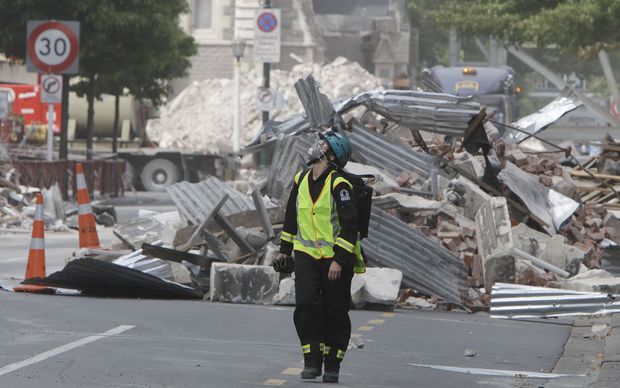 A New Zealand Urban Search and Rescue worker walks through the central business district after the February 2011 quake. Photo: AFP

Tim Sole, the chief executive of the council's insurer Civic Assurance, said there is quite a gap between what the council believes it is owed and what the re-insurers, such as American Insurance Group (AIG), are prepared to pay out.

While he is confident a settlement would be reached, it is unlikely to be anytime soon.

"The negotiations are delicate. Both sides have got their points of view, they've got a better understanding of those points of view, but I don't know how long it will take to close the gap.

"It has been going on for a while but there has been extensive damage and the claim can only be filed when the building work is actually done and most of that is yet to be done. The claim isn't particularly behind schedule, it just takes a long time."

Mr Sole said a global settlement is the preferred option - but if that can't be reached, individual settlements on the approximate 1200 damaged buildings would be negotiated.