The Government says it is confident that its biosecurity staff were not to blame for the Psa outbreak that wiped out kiwifruit vines in many parts of the North Island.

A collective of growers yesterday announced that they intended to sue the Government, claiming that border staff were negligent.

Psa first appeared in 2010 in an orchard on the outskirts of Te Puke and spread over the next two years. The cost of the vine-killing disease in 2012 was put at $885 million. 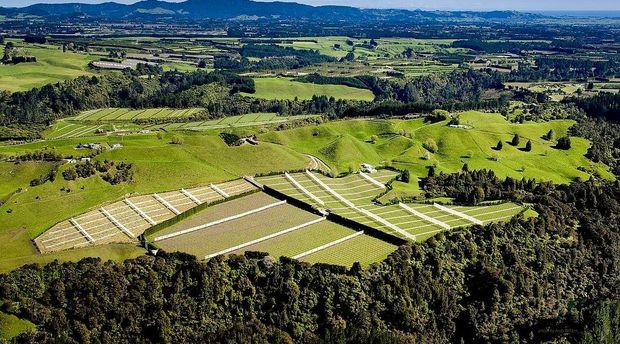 Kiwifruit orchards throughout the North Island including Te Puke have been affected. Photo: PHOTO NZ

They are using a independent report commissioned by the Ministry for Primary Industries in 2012 as part of their argument. Read the report here

The report says that, while there was no systematic failings at the border, there were several significant errors or judgement that unnecessarily increased the risk of a biosecurity breach.

Mr Cameron said the fight is not just for the kiwifruit growers, but for the forestry, dairy and meat sectors who also rely on safe borders. He believed if there had been a foot and mouth outbreak, the matter would have been dealt with very differently.

The exact amount of compensation being sought has not been decided yet and would depend on how many growers sign up to the class action and their losses.

Mr Cameron hoped that up to 90 percent of affected growers would join the court action by the end of next month and that the case could be resolved before the next general election.

"We've got a very very good, strong legal team that is absolutely adamant that there is a legitimate case to be had here, and they are very much in support of what we're trying to do. I only hope that in time kiwifruit growers will see that they have an opportunity to be a part of this and I am very confident that we will get a good response certainly in the next month or so," he said.

But a Te Puke grower, who was badly affected by the Psa outbreak, Robbie Ellison, said whilst anything that raises awareness of the importance of biosecurity for New Zealand's primary industries is a good thing, he is opposed to the legal action.

He said he believes it will be divisive for the industry and most growers have worked hard to move on after some difficult years.

In 2012, the former Biosecurity New Zealand and Ministry of Agriculture and Forestry merged to become the Ministry for Primary Industries. It is responsible for protecting New Zealand's borders.

It would not be interviewed, but in a statement said:

"MPI is aware of this potential class action. Once the claim has been filed MPI will consider it, but we are confident that we have acted appropriately.

"We are not aware of the Crown being held legally liable for this type of biosecurity breach before. Various studies have shown that it is inconclusive as to exactly how Psa entered New Zealand.

"The kiwifruit industry has bounced back strongly since Psa, thanks to the hard work of growers and with the help of $25 million from the Government. Most growers are focused on the future and getting on with the job. "

Zespri is the country's kiwifruit marketer, selling the fruit into more than 53 countries.

It also would not be interviewed but told Radio New Zealand: "This is the first that Zespri has heard about this class action suit. We have not received any information about this case from the growers involved. We would like to study the details before drawing any conclusions."

KGI represents about 2700 growers and said it was only notified of the class action on Monday afternoon.

The organisation said it is reviewing details of the claim to seek clarity about the legal basis, the chances of success, how much it will cost growers to be involved, and what their liability is if the case is unsuccessful. It said once it has done this it would comment further.