One of the country's highest-paid public servants is retiring on health grounds. 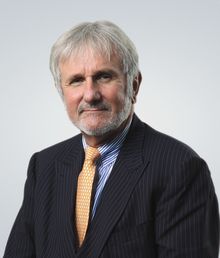 Mark Ford is the chief executive of Auckland's council-owned water company Watercare. He has been on sick leave following surgery at the start of the year.

Mr Ford has had leading roles in the city's local government for the past two decades, heading the agency which merged eight local bodies into the Auckland Council, and chairing the city's transport agency.

Watercare chair David Clarke said Mr Ford has a rare mix of strategic vision, courage, and an eye for detail.

"Without Mark we wouldn't be where we are today, and that's the view of this and other boards before us," says Mr Clarke. "That's also the view of the staff, he's made an outstanding contribution."

"The real thing that matters now is his health and his family as he travels down that path. It's a very sad day for Watercare as he departs."

Auckland mayor Len Brown says Mark Ford's contribution to Auckland is as high as anyone who has served the city.

"He's renowned for his competence, but also his ability to fix things," says Mr Brown. " He's got a shrewd analytical mind, and capable of management at the very highest level."

Mark Ford was called in by the Government to chair Solid Energy after it hit financial difficulties, and also chaired a group overseeing part of Christchurch's infrastructure rebuild.

Mr Ford's $840,000 salary has at times attracted criticism, and during his illness it has been paid by Watercare's insurers.

Watercare will begin a search for his successor next week.