One of the country's highest-paid public servants remains on sick leave following surgery at the start of the year. 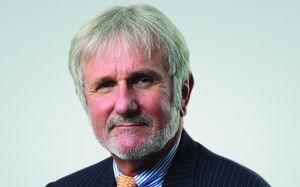 Mark Ford is the chief executive of Auckland Council's water company, and had previously managed the amalgamation of the region's previous eight local bodies.

David Clarke, who chairs Watercare Services, said the board expected Mr Ford to resume his role when he was ready.

Mark Ford is paid more than $700,000 a year, but the chair said the salary was being covered by the company's insurance during the illness.

Another senior manager has been appointed to the role of acting chief executive.

Mr Ford was brought in by the Government two years ago to chair the coal miner Solid Energy after it hit trouble, but stepped down as chair and then left the board this year due to his illness.

He is also on sick leave from another role as the chair of the group overseeing the rebuild of "horizontal infrastructure" in earthquake-damaged Christchurch.