A radiologist is calling for the widespread use of so called virtual colonoscopies to reduce the country's long waiting lists for diagnostic colonoscopies.

Bowel cancer kills 1200 New Zealanders a year, and is the second most common cancer in this country. The death rate is 35 percent higher than in Australia for women and 24 percent higher for men. 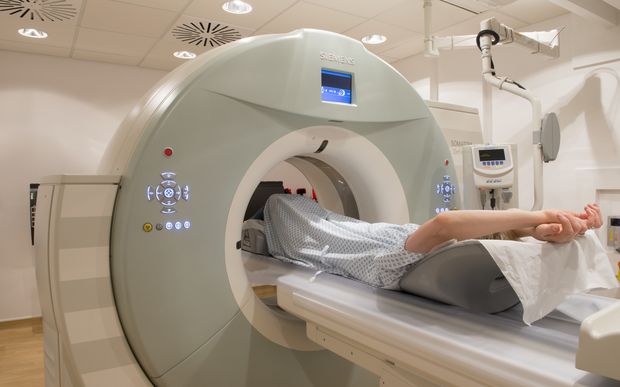 The health system has a target time of two weeks for urgent referrals to get a diagnostic examination but is failing to meet that deadline in more than half of cases.

Dr Balasingam said CT scanning - or what is called a virtual colonoscopy - is a cheaper, effective option that would both rule out those without cancer and allow those with suspicious scans to be prioritised.

"Those shown to have a CT scan which is suspicious, then they can be prioritised and sped through the system so that they can get their cancer care started earlier."

He told Radio New Zealand's Nine to Noon programme overseas studies have found the scans to be accurate in more than 90 percent of cases.

Adrian Balasingam said the reason CT scans are not used more widely is a lack of funding.

He warns if a national screening programme is rolled out with the current resources in place there would be a big problem trying to keep up with the demand for diagnostic tests.

The Ministry of Health says the use of scans for some patients could help reduce the waiting lists for colonoscopies. Work is ongoing to further define when CT scans would be appropriate as a first line investigation for bowel symptoms.