A bowel cancer lobby group says many people with suspected bowel cancer are waiting too long to see a specialist. 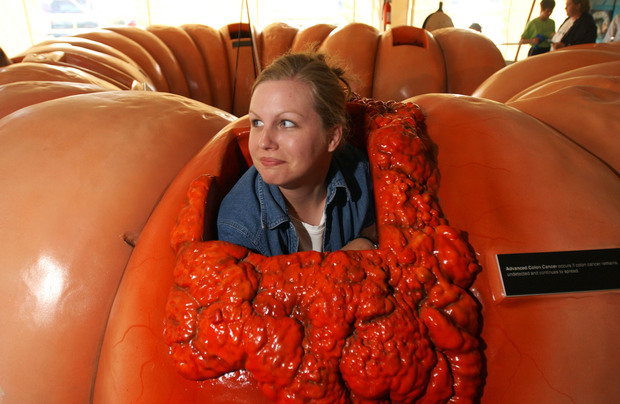 Dawn Mason peeps her head up while crawling through a 12 metre long replica of a human colon in Seattle. Photo: AFP

The autonomous group says that contrary to treatment guidelines, only 48 percent of patients who are highly suspected of having bowel cancer get the necessary colonoscopy examination within two weeks of referral to a public hospital.

In Tairawhiti only 15 percent of patients were seen on time, in Nelson/Marlborough 31 percent, Waikato 36 percent, Auckland 44 percent and Capital and Coast 47 percent. The best performer was Canterbury at 62 percent.

The lobby also claims New Zealanders are being denied access to global standard drugs such as avastin and rituximab which are readily available in Australia, the UK and the United States.

The report raises doubt over the ability to cope with any influx of patients from a national screening programme, when people who already show signs of invasive cancer are not being seen on time.