Let's be frank - who doesn't secretly fear cancer? It's one thing no one wants to have come up during a visit to the doctor.

But cancer is the leading cause of death in this country, according to Health Ministry statistics. It accounts for 30 percent of all deaths, and specialists say it's likely to be the defining health issue of the next decade.

That's because incidence increases with age, and with baby-boomers starting to turn 70, the number of people with cancer will climb. The ministry predicts "incident cancers" will rise by 29 percent for males and 12 percent for females by 2016.

The realisation may help explain a higher profile for cancer lately. Lung cancer's an example. It's our biggest cancer killer, responsible for a fifth of all cancer deaths. More than 90 percent of patients die within five years of diagnosis.

The Cancer Society says New Zealanders must learn to recognise the symptoms so they can seek help sooner rather than later with, say, a persistent cough.

Smoking plays a large role, but anyone can get lung cancer. The society thinks guilt over smoking is largely to blame for its low profile. 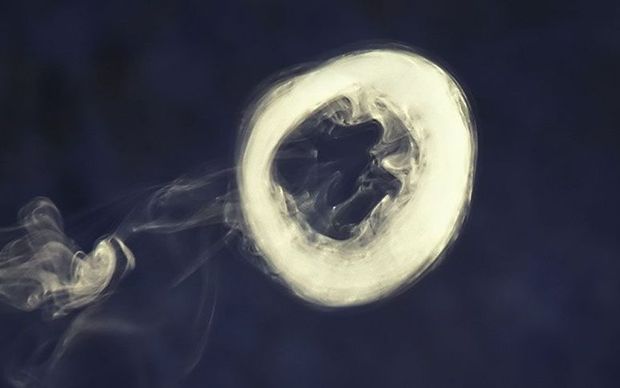 Bowel cancer, which kills 1200 New Zealanders a year, is gaining a higher profile slowly following the launch of a four-year bowel screening pilot in Waitemata and positive first-year results about the number of cancers being detected early and, presumably, lives saved.

But when the pilot might be extended to other New Zealanders is anyone's guess as officials work overtime to improve delivery of the vital colonoscopy procedures used in diagnosis, and plan ahead for how to deliver national screening if it gets the Government go-ahead.

The problems are formidable. The Beat Bowel Cancer Aotearoa lobby group last week revealed major variation between district health boards on rates of colonoscopy procedures, and that less than half of patients referred urgently are receiving a colonoscopy within two weeks of referral.

It needs sorting out before national screening arrives with extra pressures and is why the Government will spend $8 million next year to improve colonoscopy delivery throughout the country.

Christchurch colorectal surgeon Frank Frizelle is one who's expressed frustration at how long it's all taking.

"The Government through its various committees and feedback has been talking about it for 16 years," he said. 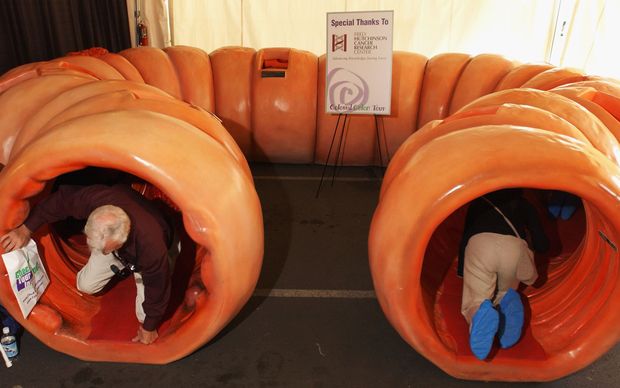 People crawl through a 12.19m long and 1.22m high replica of a human colon in the United States. Photo: AFP

But Health Ministry bowel cancer clinical leader Susan Parry insists delays are a thing of the past.

"Now at least we have a bowel screening pilot. It is well under way. It is being run well .. we're getting the results in line with expectations and so I think now that we're likely to see much more steady progress to put us into the position to make the final decision about screening."

Others say while that happens, New Zealand also needs to think about how it will manage to effectively diagnose and treat patients in the coming decades. Challenges will include achieving faster treatment times and finding extra clinicians.

But he said the future must include the use genomic medicine - understanding the genetic make-up of patients and tumours so expensive drugs can be targetted only to those patients who will benefit.

Whatever way you look at it, it's unlikely to be business as usual for cancer for the foreseeable future. But experts say how the country manages the challenge will point the way for dealing with other major looming issues, such as dementia.