The Red Cross says two nurses who are heading for Sierra Leone to nurse Ebola patients are courageous and a credit to New Zealand. 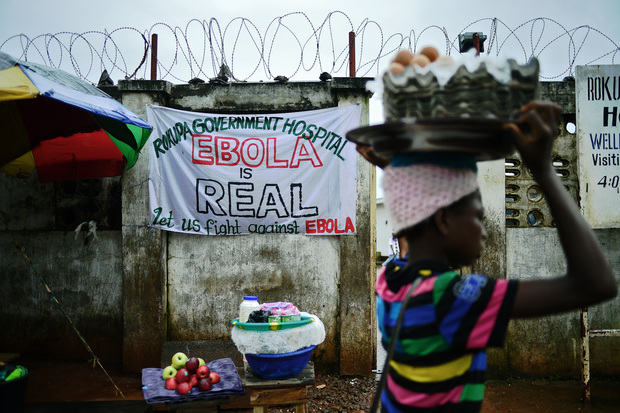 A girl walks past a sign warning of the dangers of Ebola outside a government hospital in Freetown, Sierra Leone, in August 2014. Photo: AFP

Whangarei mother-of-four Donna Collins and Sharon Mackie from Wellington are on their way to West Africa for three weeks to join the international Red Cross team responding to the Ebola crisis.

Mrs Collins is an experienced emergency response nurse, while Ms Mackie is a health service co-ordinator.

"Where would we be without people like Donna and Sharon? They're a credit to New Zealand and a credit to the profession," he said.

Mr Paine said the nurses would spend three weeks in quarantine in Africa, after their stint on the wards, before they return to New Zealand.

The World Health Organisation has said that the number of people who have died from the Ebola outbreak in West Africa has passed 1000.