New Zealand's housing market is the most overvalued in the developed world relative to rents, an OECD report has concluded.

The report found property prices in New Zealand, Australia and Britain, among others, are well out of kilter with wages and rents.

In comparison to rents, New Zealand has the most overpriced housing market of all the 34 nations in the OECD, with values found to be 70 percent too high.

Norway, which topped the list last year, is now in second place with values 68 percent too high, followed closely by Canada.

Relative to average wages, New Zealand's housing market is nearly a third overpriced, on a par with Britain's.

The OECD said this posed a risk to the financial system.The organisation's study is part of a wider report on the health of the global economy published on 6 May.

Concerns the market is overvalued have also been raised by the IMF and the Reserve Bank.

House prices in New Zealand rose by more than 8 percent last year, and have continued to climb this year. 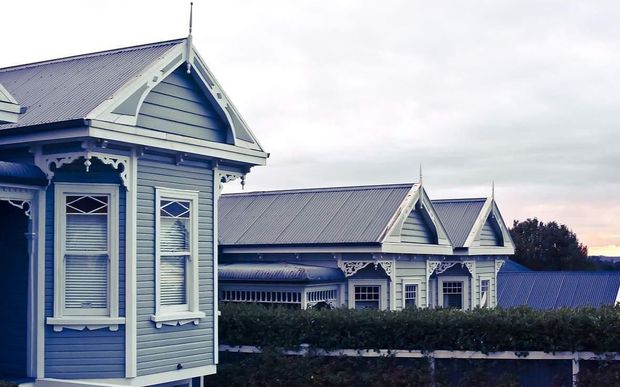 He said councils are also making great strides in freeing up land for new homes, which will ease demand and help stall house price rises.

However, Labour's finance spokesperson David Parker said there was little in the Budget for those struggling with spiralling house prices.

He said a capital gains tax on property speculators was needed, as well as more housing and moves to mitigate the impact of immigration.

An economic commentator said it was time to look at new ways of stopping house prices from spiralling out of control.

Hive News managing editor Bernard Hickey said even though lending restrictions had slowed house price rises, the Reserve Bank was hamstrung by only having interest rates as a tool for controlling overall inflation.

He said increasing supply was one answer but that took time, and in the meantime more people were being locked out of the market.

"There has to be a good debate about finding tools to address this, and it's clear that it's not over an economic issue now it's a political issue with a generation of buyers in places like Auckland who feel locked out of a market."

Mr Hickey said it was not clear if Labour's plan to use KiwiSaver as a monetary policy tool would work. He said Australia had a compulsory savings scheme but its housing market was overvalued by 45 percent.