Internet entrepreneur Kim Dotcom could have been granted residency in order to make it easier for the American authorities to extradite him, his lawyer says. 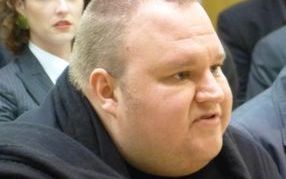 Mr Dotcom's lawyers were back at Auckland District Court on Monday where arguments were heard before his extradition hearing in July.

Mr Davison said documents from the SIS could show that there was an arrangement in place to give Mr Dotcom New Zealand residency so it would be easier for US authorities to extradite him.

That would be a gross abuse of process if it turned out to be true, and would be relevant to the extradition hearing, he said.

Earlier on Monday, Mr Davison took the court through a number of documents released to Mr Dotcom under the Official Information Act which showed the two Government organisations discussed the case.

He said a lot of the documents had been blacked out.