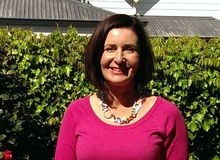 Progressive results indicate she has beaten Mr Miccio by 1429 votes, and the incumbent admits he's disappointed.

"Oh yeah, it's tough. It's not easy losing something like this, that you've put a lot of time and effort into but I just want to thank everybody that helped me over the last three years - the team and what we've achieved at council and I'm really proud of what we've done," Mr Miccio said.

Ms Reese said she was committed to following through on her campaign promises.

"I think it was a good campaign. The issues were very clear. I've campaigned on six strong, clear issues and the public have responded to those, so that's my mandate now, to drive the council for the next three years," she said.

"We've been given strong support by the Nelson community to move those issues forward, and that'll be my objective."

Ms Reese says she will be returning to structure of council committees she says makes the council more accessible to the public.

In Tasman, Richard Kempthorne has beaten Kit Maling by only about 700 votes to be returned as mayor.

Mr Kempthorne admitted it was close but said he was always confident he would get there in the end.

"I thought I would because there are a lot of people that appreciate the breadth of community and the issues involved," he said.

"One of the issues being raised is the affordability of rates and council's use of debt. Certainly, some people felt that I'm not committed to doing enough about that (but) actually when I talk to them, they realise that I am."

In Marlborough, incumbent mayor Alistair Sowman has been elected for a fourth term. His closest rival, Jamie Arbuckle, was about 4000 votes behind.

It mirrors the 2010 campaign, in which Mr Sowman beat Mr Arbuckle by 3800 votes.

Mr Sowman said he was delighted and relieved.

"I've been through the process before but waiting for that phone call, it's never easy," he said.