Julie Hardaker has won a second term in as mayor of Hamilton, beating her nearest rival, Ewan Wilson, by 2770 votes.

Ms Hardaker says investment in the city and continued growth will be her main focus over the next three years.

She says exciting initiatives are coming up over the next few years which include development of the Waikato River, which will be a game changer for the city. 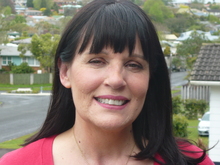 Hamilton residents also voted overwhelmingly for the return of fluoride into the city's water supply.

The city council voted in July to take fluoride out of the water supply, but then decided to hold a referendum in conjunction with the local government election on the matter.

A referendum held in 2006 also voted in support of fluoridation.

Waikato District Health Board opposed the removal of fluoride and spent $47,000 on a pro-fluoride campaign. Its chief executive, Craig Climo, called on the newly elected Hamilton City Council to honour the referendum result as quickly as possible.

"On Monday morning, we will be asking the council what their process will be," Mr Climo said.

"They were quick to take it out. I'd like to see it go back in as quickly."

Electoral staff say hundreds of drivers were at times backed up 10 deep waiting for their chance to vote.

One staff member, Rebecca Aston, says she had no idea the move was going to be that popular.

Staff say almost all voters congratulated council workers on the initiative, which made it easier for them to have their say, although one man challenged them saying what they were doing was not legal.

They say each of the staff was an electoral official and the ballot boxes were authentic so it was legal.

Staff estimate just under 1000 additional votes were cast that may not otherwise have been.

Mayor of South Waikato District Neil Sinclair has been returned to office. He beat off challenges from four others and has a majority of 850 votes.

Allan Sanson has also been returned to office as mayor of Waikato District winning over his nearest rival with a majority of just over 1400 votes.