Tania Tapsell has entered the race for the Rotorua mayoralty with a promise to focus on stopping "the spend".

If elected Tania Tapsell would be the first Māori mayor of Rotorua. Photo: Rotorua Daily Post / Andrew Warner via LDR

Among the three-term Rotorua district councillor's "belt-tightening" targets are major renovations of the Rotorua Museum and Aquatic Centre.

Tapsell, 29, was the highest polling councillor candidate in the 2019 local election, attracting almost 1000 more votes than re-elected mayor Steve Chadwick, who plans to step down at the end of this term.

Tapsell would be the first Māori woman elected as mayor of Rotorua and likely the youngest, at 30 years and 16 days on October 8.

Speaking exclusively to Local Democracy Reporting on Tuesday, Tapsell said, in her view, Rotorua's mayor should be "connected with all parts of the community" and provide a positive way forward.

She said her priority as mayor would be to "stop the spend".

"There have been a number of decisions over the years where I've voted against, whether it was … Mudtopia … or when $1 million dropped out of nowhere for the QE Health grant.

"I believe that [council] spending recently hasn't reflected the priorities of the community and we need to stop and reprioritise to what is now needed in these new challenging times."

She said there were big expenditure items - such as the Rotorua Museum and Aquatic Centre - on the horizon.

The council has so far committed $15 million to the $51.1m museum restoration. The Aquatic Centre renovation had a budgeted cost of $28.3m, of which the council was contributing $17.9m.

"Given the challenges, it's prudent to stop and reset and potentially tighten our belt, like the rest of Rotorua's families are having to do now." 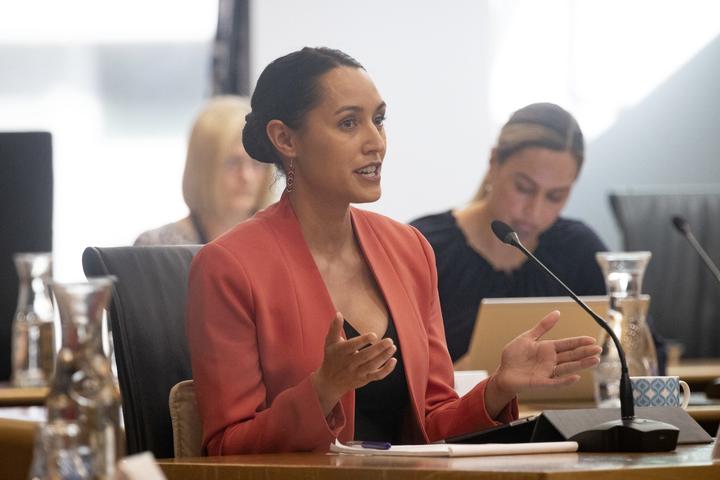 Tapsell says she has known she wanted to run for mayor for some time but put off announcing so as to focus on being a councillor. Photo: Rotorua Daily Post / Andrew Warner via LDR

She also wanted to "restore" Rotorua's reputation as a "great place to live, visit and invest".

Tapsell ran unsuccessfully in the 2020 general election as the National Party candidate for East Coast, losing to Labour's Kiritapu Allan.

Considered by some political commentators as a rising star of the party, Tapsell's name was mentioned several times in relation to the National Party candidacy in the Tauranga byelection, following Simon Bridges' surprise resignation.

Tapsell said she was "humbled so many people wanted to see me in Parliament" but she was "committed to Rotorua".

"I've known for some time now that I wanted to stand for mayor but I've waited to announce because I've also been focused on just doing my job well as a councillor, with the significant issues that our community's facing."

Local Democracy Reporting asked if she would leave local government if a significant opportunity in national politics arose.

She said: "No. All I've ever wanted to do is to serve my community well and to use the skills that I have in the best way possible to do that.

"There's no doubt Rotorua needs strong leadership. I've dedicated the last nine years of my life to serving Rotorua and I will happily continue to do that as mayor."

Tapsell said she also wanted the council to be more transparent.

"There have been a lot of decisions made in confidential that I believe should have been held in public.

"I want our community to be able to understand why we are making decisions and hear those conversations."

She said as mayor she would open elected member workshops to the public "where possible". 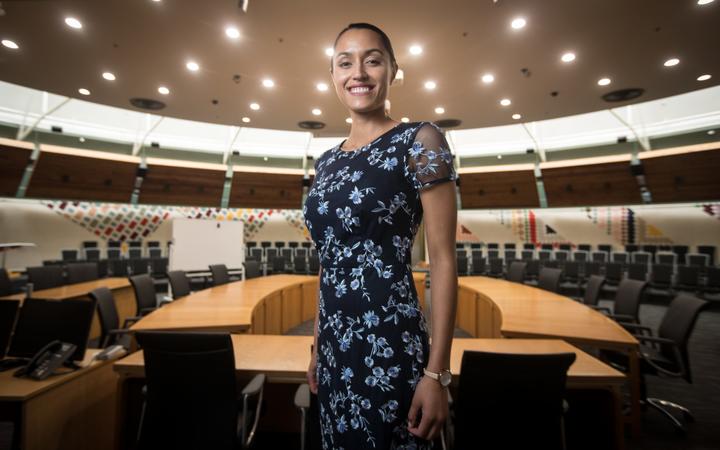 Tapsell said she respected and acknowledged the many years of service Chadwick had given the district.

"I have often disagreed with her, but I respect that she was doing her best."

Tapsell said she would be focused on delivering core services.

She was concerned the government had reintroduced the four well-beings - social, economic, environmental and cultural - into local government legislation without providing the necessary funding to deliver services in those areas.

"We only have limited resources and it's not fair for ratepayers to be expected to continue spending on areas that should be paid for and supported by the government."

The Labour government reintroduced the four well-beings into the Local Government Act in 2019 after the previous National government removed it. Their inclusion requires councils to consider them in decision-making.

Tapsell was first elected to the council in 2013. She lives in Fairy Springs with her husband Kanin and 10-year-old step-son Kaiarahi.

Lower Hutt mayor Campbell Barry was the youngest elected mayor in New Zealand when he won the 2019 election, aged 28.

Fellow Rotorua mayoral hopefuls Kumar and Tabuteau declared their candidacies in July, at the same time Chadwick confirmed she would be hanging up the mayoral chains after three terms.

Macpherson announced his candidacy in December, alongside four other Rotorua Residents and Ratepayers councillor candidates for the Rotorua Lakes District Council, and one for the Bay of Plenty Regional Council.

* A previous version of this story quoted Tapsell as saying she would be the first Māori mayor of Rotorua. This is incorrect as Harry Dansey, elected Rotorua mayor in 1941, was a member of the Māori (Pioneer) Battalion on the Western Front in World War I.