Telling farmers to protect what they've been protecting for a hundred years was never going to go down well on the West Coast.

But having a Significant Natural Area (SNA) or even several on your land need not be an outrageous imposition - if you have scale.

That's been the experience of one of the region's biggest landholders, Ken Ferguson, of Waipuna Station. 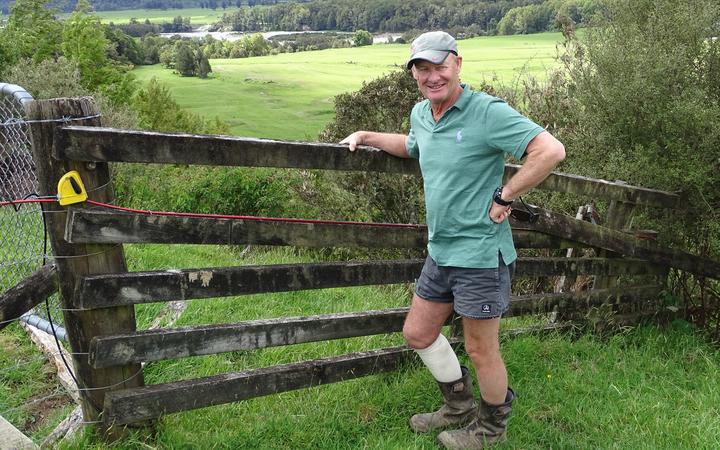 The Grey Valley spread he farms with his brother Mark has been in the care of Ken's family since the 1860s and has 60 hectares set aside in significant natural areas.

"The SNAs we've done, we entered into voluntarily when the last Labour government was in - we had some biodiversity funding - they gave us about $50,000 towards the fencing costs," Ken said.

The process started more than 15 years ago when the Grey District Council decided to comply with the Resource Management Act (RMA) requirement to identify and protect SNAs in its territory.

It was one of the few councils in New Zealand to do so and the only one on the West Coast to complete the process: Buller began the work but let it lapse.

At a recent meeting of Te Tai o Poutini Plan committee, there was consternation when the Grey District reps announced they would be taking no further part in the committee's efforts to avoid identifying SNAs across the Coast because the council did the job years ago.

Waipuna Station, spanning 20km from State Highway 7 to the mountains, was an obvious candidate at the time, for some protection, with native forest bordering the Grey River that winds through the property - and abundant birdlife.

"The council sent an ecologist round to identify the significant parts - in particular, the lowland kahikatea and I agreed that we had a 7ha block that was suitable to fence off.

"They offered to help me with the fencing costs, which we shared 50/50," Ken recalled.

Ken and his wife Robyn have since added a number of smaller blocks around the farm that are "quite picturesque".

"We've built that up over the years to 60-odd hectares and I added a marginal strip on the Clark [River], that flows into the Grey." 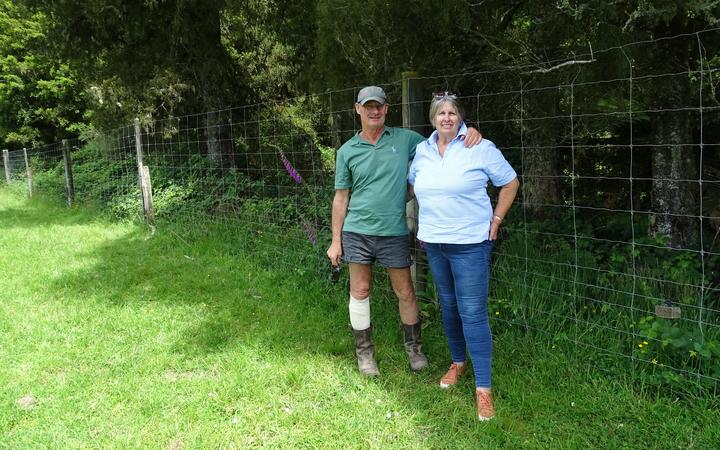 As farms go, Waipuna station would have to be one of the most beautiful in New Zealand. It's also extremely productive.

"In the early days, much of this land would have been clothed in bush. There are some really good photos of the Ahaura bridge, what it used to look like and what it looks like now, and it's been totally denuded of native forest, for better or for worse."

It was probably his cousins who owned a sawmill at Ahaura who took most of the timber, Ken said.

"You've got to remember a lot of that timber, the rimu was used to build homes - nothing comes from nothing."

The Fergusons recognised early on the importance of preserving or creating wildlife corridors - connected areas of native forest where birdlife could breed and flourish.

"I say to people, 'our birds can't fly for s***' and they look at me sideways. So I say, 'well if this fantail wants to go and see a girlfriend over there, he can only flit from tree to tree and most of our birds are like that'. You can hear them flying - they're hopeless, even the wood pigeon." 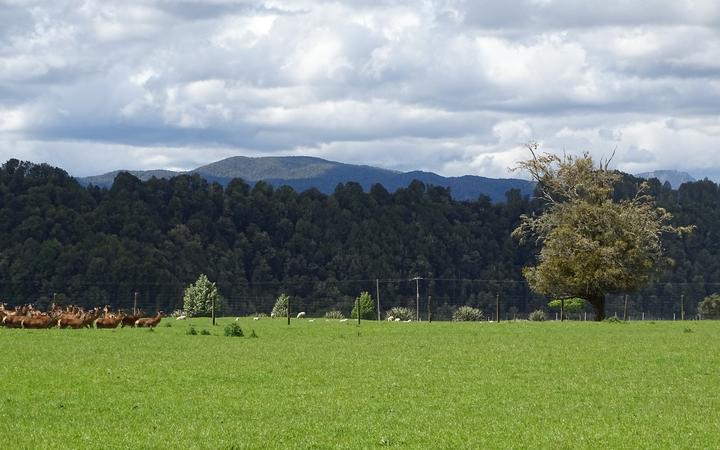 The continuous forest strips alongside the river were vital for that reason, as wildlife corridors, Ken said.

"These 60ha we've got in SNAs, we were going to put them into a QEII Trust but that hasn't happened at this stage - mainly because we were busy restructuring the business but I don't think there's any urgency to do it."

In the past two years, guided rafting tours down the river had become increasingly popular, Robyn said.

"There's a lot of people coming on the river now, they raft down from up near Maruia; coming down through the bush, it's absolutely beautiful."

Led by Reefton man Nathan Topp, the visitors can enjoy the forest and birdsong, and sometimes stay a night in a hut on the way.

"For us, the SNAs have been a wonderful thing - Ken's passionate about it - but then we have the scale here to do this, it's all about balance."

While the Fergusons have been happy to 'lock up' some of their land for posterity and the birds they sympathise with other farmers who are angry and upset at the prospect of having parts of their land labelled SNA.

"We can afford to lose that [60ha] - you know, we've got 800ha of native forest. But some smaller landholders, it appears they want their whole property as SNA and there's a fear of it because no one really knows what they want," Ken said.

The final version of the government's National Policy Statement on Biodiversity that will determine the criteria and rules for SNAs is yet to emerge from the Beehive. 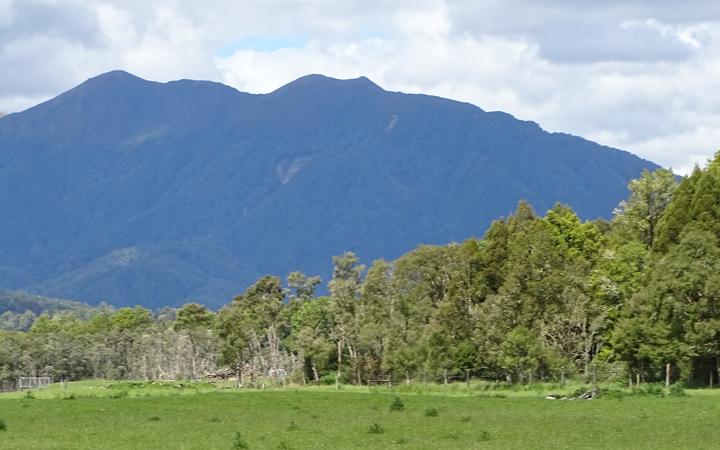 For the many West Coast farmers who have left areas of native forest untouched, because they liked them - or could see no good reason to fell them, the diktat from on high to preserve and regulate them felt like an insult, Ken said.

"It's like someone poking a stick in your eye. Because most of us do like the environment and there's been a lot of challenges to it, particularly through the dairy boom."

In those years, entire wetlands and sphagnum moss swamps were wiped out - "humped and hollowed" to create pasture, and the government with its Landcorp farms was one of the worst offenders, Ken said.

"The Crown would be one of the biggest environmental vandals we've got, if you look at the blocks they developed, like Mawheraiti and Cape Foulwind, Weka, Nelson Creek ... if the government now wants these SNAs they should sell Landcorp and buy them, or do a land swap."

In the 1990s, the Fergusons drew up a sustainable management plan for their forest and under that agreement can harvest up to 1000 tonnes of timber a year.

"The interesting thing about that is that the council at that time agreed we could lift timber out of our SNAs. The environmental plan was strong enough, robust enough, that it wouldn't change the biodiversity."

These days the Fergusons take only windfall trees, but the old agreement still stands.

"When we put the plan through, we didn't have a strong cash flow and the plan cost something like $50,000 and that included the resource consents for roading, bridges, culverts, gravel pits - all the things we could think of that the farm might need in future."

In contrast, the way the present government had gone about belatedly enforcing biodiversity policy was guaranteed not to win friends and influence people, Ken said.

That would be a good start, he believed. That - and the offer of funds for fencing.

"Because native forests have a life span, and without regeneration, they will die unless they are fenced off and protected in a loving way. They'll fail because the stock will get in there and skin out the undergrowth and nothing regenerates.

"And the beauty of our forest is regeneration is just waiting there. There's some really good examples of that if you drive up the Mauria and look at the old earthquake slip.

"That was totally denuded down to rock and clay. And now most people wouldn't know it was there unless you pointed it out."

West Coast councils and iwi are now pondering their next step on the vexed SNA issue, as they try to write biodiversity rules for the new combined district plan.

Expert legal advice has been that they must identify and map them or risk burdening ratepayers with costly appeals against Te Tai o Poutini Plan in the Environment Court.

To date the committee has resisted taking the final step - having the mapped areas verified as SNAs by an ecologist. But the Grey District Council has now broken ranks by reminding the group it has already done that job, and can take no further part in the resistance.

"We made agreements with our farmers in exchange for SNAs and we will be standing by them," councillor Anton Becker told the meeting.

Whether environmental groups will be satisfied with the 72 SNAs listed in the Grey District Plan 15 years ago is uncertain - as is the Te Tai o Poutini Plan's way forward.

But as the government had discovered, a collaborative rather than dictatorial approach might be the best bet when it came to the farming community, Ken said.

"Get around the table and discuss it - that would be my advice."