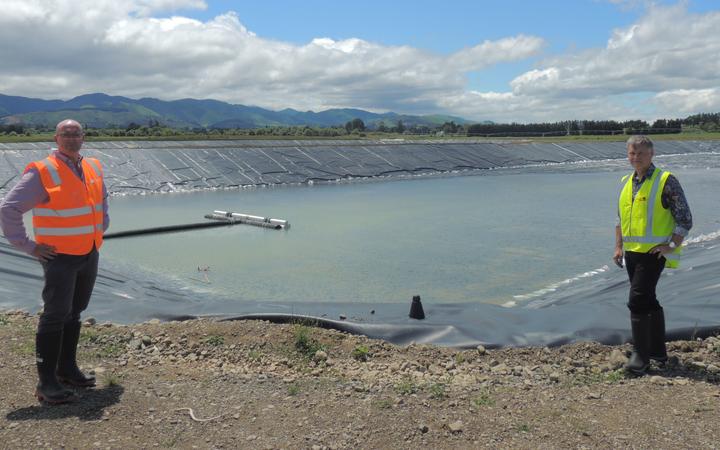 Now the council has taken possession of the site and has removed the main contractor following repeated delays and the discovery of the damage to the lining of its three new ponds.

It will cost an unbudgeted $1.3 million to $1.9m to fix and complete the project, the council says.

But to date the project has been delayed by a mudfish relocation task, the discovery of a high level of unsuitable ground material, the need for additional drainage work, bad weather, ephemeral channel relocation, and Covid-19 lockdowns.

This was also done in an attempt to "prevent additional costs being passed on to ratepayers", council chief executive Geoff Hamilton said.

But project delays continued into 2021, and the council's project management team discovered the new pond liners had been damaged by the contractor.

A total of 122 notices were issued to CHBE throughout the earthworks contract, with the latter of these to fix the damage and alter work practices that could avoid further damage.

Proposed remediation plans were considered insufficient, and the contractor was removed from the site on 9 September, 2021.

"Upon taking possession of the site in September, the council discovered significantly more damage to the pond liners than was first anticipated," Hamilton said.

"Some of the concerns were in regard to the anchor trenches - an important structural element of the ponds - and had subsequently been covered over with fill by the contractor.

"Damage to the liner consisted of rips, tears, and scratches of varying depths in the new liner, as well as damage to gas vents.

"Damage to the liner at the top of the ponds is more of a risk, due to the additional effect of sunlight and ultra-violet light accelerating degradation of the liner material." 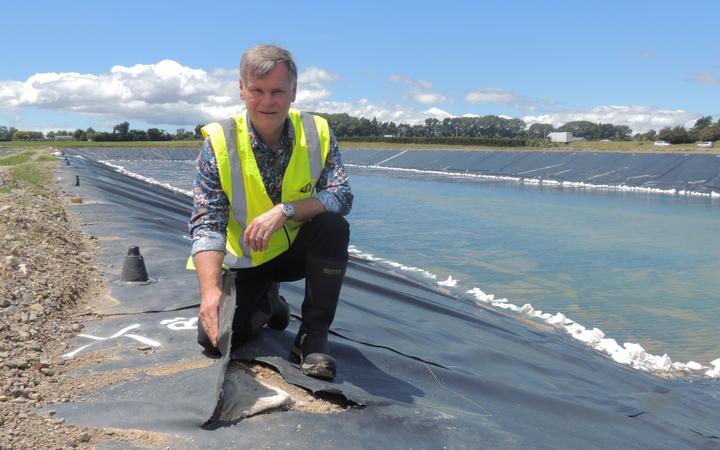 Geoff Hamilton with some of the lining damage. Photo: LDR / Emily Ireland

Carterton District Council will need to repair the damage before the ponds are filled to ensure the integrity of the liner and minimise any potential negative environmental impacts or breaches of resource consent conditions.

"The expected cost of repairs and completing the project ranges from $1.3 million to $1.9 million," Hamilton said.

"This will be loan-funded, with the interest resulting in an approximate rate increase of up to 0.3 percent in the 2022-2023 financial year, and subsequent years.

"Council will seek to claim the cost of the repairs from the contractor, CHBE."

The contract with CHBE allows for the council to complete the contract and seek reimbursement for additional costs within the agreed scope of works.

The council intends to follow this process to recover the cost of liner remediation and completing the contract works.

For the council to still be within its consent requirements the ponds must begin filling with partially treated wastewater by April 2022.

This means the damage must be assessed and repaired as soon as possible.

The real driver is the end of the council's current discharge consent in January 2023 which is when the project must be completed.

The reservoirs have been repaired to a level that will provide functional ponds and remediation recommendations can be completed by the engineering experts. 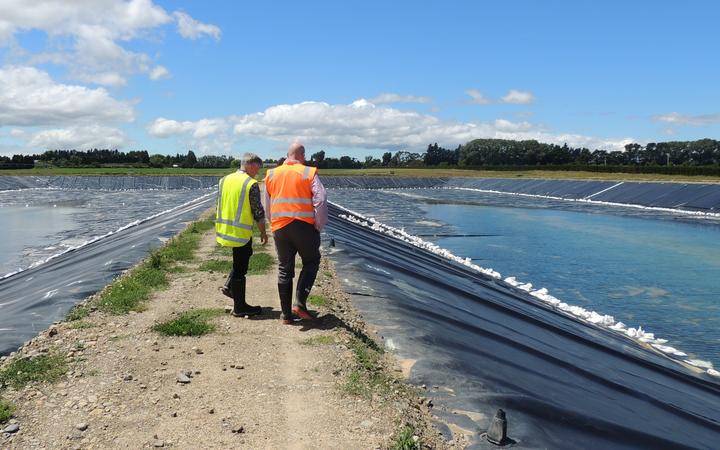 The council is set to meet on 15 December to approve additional budget for the remediation and completion of the project.

Carterton Mayor Greg Lang said he was "hugely disappointed, personally and on behalf our community, that we have found ourselves in this situation".

"I fully support Carterton District Council's actions ensuring stage 2 is completed on time and to a high quality.

"We are still on target for an outstanding wastewater facility which will have a 35-year consent and will be completed at relatively low cost compared to other facilities constructed across New Zealand."

The Carterton District Council meeting will be open to the public and livestreamed, with the full report available in the agenda later today at www.carterton.infocouncil.biz

CHBE was approached for comment but requested more time for a formal substantiated response to the council's claims, due to this being a legal matter.

September: The completion date was not met, and a notice of default was issued to CHBE by the council's engineer to contract, Tonkin and Taylor. The default notice was issued through a Notice to Contractor [NTC] that claimed CHBE was persistently, flagrantly, or wilfully neglecting to carry out its obligations under the contract. This claim was rejected by CHBE and they stated that they were committed to resolving the issues. The council's Governance Group considered CHBE's position at the time and weighed up the costs to complete for the outstanding works against the lower contractual rates CHBE had submitted. A decision was made to continue with CHBE because the work would be done at a lower cost to ratepayers. Throughout the construction of the reservoirs Tonkin and Taylor have held the position of Engineer to the Contract and provided project management resource. The council's project management officer submitted daily updates and records three days a week and Tonkin and Taylor were physically on site two days a week.

August: A Notice to Contractor identified damage to the western crest of reservoir 3 and instructed CHBE to repair it. Despite multiple reminders issued through the Notice to Contractor system, quality issues were not being addressed, the council says. The primary concerns centred around the construction and backfilling of the anchor trench holding the liner in place at the top of the embankments and damage to the geomembrane liner. CHBE were given 10 working days to provide a remedial action plan. This was considered by both Carterton District Council and its Engineer to the Contract - Tonkin and Taylor. Both the council and its engineer concluded the proposed remediation plan was inadequate to resolve the faults and the council resumed possession of site on August 31.

September: Once the council had resumed control of the site, a local contractor was arranged to oversee the clean-up of the site and completion of the lining installation. Careful cleaning of the excessive soil overspill on, and in the reservoir was undertaken using handheld soft brooms and plastic shovels. This revealed a greater extent of lining damage than was initially thought.

November: As at the end of November, the project is more than 80 percent complete. After liner remediation, the majority of the work left to complete focused on the pipe and pump work.