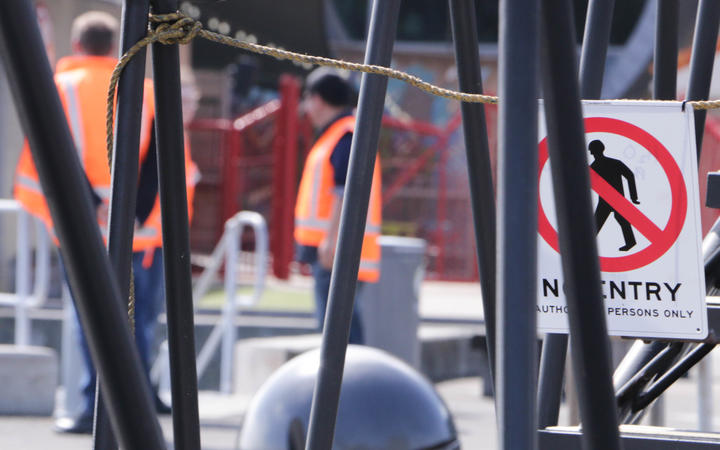 Elected members from South Wairarapa District Council (SWDC) did not hold back in their criticism of Wellington Water (WW) - a company they part own - at a public meeting this week.

SWDC chief executive Harry Wilson went as far as saying the council needed to "hold [WW's] feet to the fire" to stick to budgets.

The talks arose when councillors evaluated cost-saving options in their budget to lessen the impact of future rates increases.

Councillor Leigh Hay, who chairs the council's Finance Audit and Risk Committee (FAR), said she had "quite a few concerns" about WW.

The council became a joint owner of the water services company at the end of September 2019 under the previous council.

It is also jointly owned by the Hutt, Porirua, Upper Hutt and Wellington City Councils, and Greater Wellington Regional Council.

"There's been numerous cost overruns, multiple variations on projects, and the reality is we've got to work and live with them for the next two years," Hay said about WW.

"Whatever happens with the Three Waters Reforms, we still have to operate in the here and now.

"What we are talking about is the possibility of significant savings."

She was concerned the company's tender process was not robust enough, often leaving the council out of pocket.

For example, earlier this week, it was reported that the council was looking at spending a further $1.9 million on top of what was initially contracted to upgrade the Papawai Road wastewater pipeline. 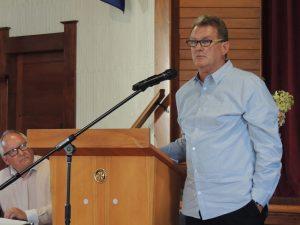 Wellington Water group manager of network management Jeremy McKibbin said the original scope of the Papawai Road wastewater pipeline upgrade project was to complete a 2km upgrade of the pipeline to expand its width from 225mm to 400mm.

He said a trenchless construction methodology was planned to be used.

"Early into the project, challenges were faced in unfavourable local ground conditions, which has seen the need to move to open-trenching methodology.

"The project team have been working with the contractor to investigate the options and associated costs of progressing with the project, and a recommendation memo for next steps will be made to SWDC in November."

He said since SWDC joined WW in 2019, both parties had worked together on an "ambitious" plan to upgrade the water infrastructure in the district to meet acceptable community service standards, including compliance with the New Zealand Drinking Water Standards and RMA resource consents.

"So far, our work includes major upgrades to the network by installing UV equipment in Memorial Park [Greytown], new pH control equipment for the treatment plants supplying Featherston and Greytown, and building and commissioning a Manganese Reduction Plant in Martinborough.

"This work, along with a number of other projects, has significantly improved the three water network in South Wairarapa, however, we acknowledge there is still more work to do.

"The three waters assets are uniquely challenging to manage. They are often underground and ageing, with many near or past their economic and operational lives.

"Like many other organisations, we are also facing the workforce and resource challenges in the construction sector, which increases the risk to project cost and delivery.

"We remain committed to working closely with the South Wairarapa District Council to work through their concerns and achieve our shared goals in the most cost-effective way."

South Wairarapa Mayor Alex Beijen said he had previously raised concerns with the WW chairman and chief executive about budget overruns and the tender process.

"They certainly give explanations for why they do what they do and how they do it, but I wonder whether it takes into account the rural removed-from-Wellington environment we work in," he said.

"I'd potentially like to further discuss a cancellation of the contract.

"We are constantly at FAR asking for further details around the budgeting with WW, and I have to say that Katrina Neems [council's chief financial officer] has been pulling her hair out in efforts to actually get us information.

"I think we should really further discuss the contract."

Councillor Rebecca Fox said she was keen to "explore the concept of efficiencies again".

She said contracts should hold the contractor doing the work financially liable for any budget overruns, not the council.

"I think our ratepayers deserve better.

"We need to ensure the contractor is held to account for works, not us, and certainly not at the level our ratepayers are being penalised."

Councillor Alistair Plimmer said the council was "continually spending money … in the hundreds of thousands [on the wastewater treatment project] … when we have no idea what the solution is and what the [resource consent] rules are even going to be.

"We need to stop paying that money, right now, until we get some certainty from government and we get some commitment from WW to actually do the job we are paying them to do."

The council is currently operating its existing Featherston wastewater treatment plant under an old consent.

A condition of doing this is that the council must make sustained progress towards a new consent.