As vaccination rates for Māori and Pacific peoples in South Auckland continue to lag behind the rest of the city, public health experts are disappointed to learn Cabinet documents show the government never discussed their advice to prioritise the whole region. 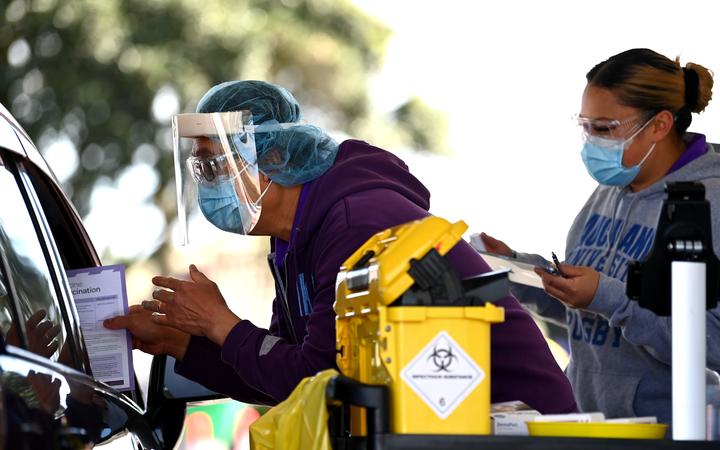 Documents released under the Official Information Act reveal no plan was presented to Cabinet detailing the need to prioritise vaccination for all South Aucklanders, despite public advice from a range of health experts calling for this approach.

Eight months later, Auckland is still in lockdown as it waits for vaccination rates in South Auckland, particularly among Māori and Pacific peoples, to catch up with the rest of the city.

Those at the vanguard of the efforts to get South Auckland vaccinated say it can feel like a losing battle. For the last four weeks, Dr Va'aiga Autagavaia and his colleagues at their Ōtara-based general practice have been calling patients to try to convince them to get vaccinated. He says it's been frustrating to hear the vast majority have already been lost to some form of conspiracy theory.

"The hit rate has probably been about three out of four being pretty staunchly saying no," he says. "People have been so adamant that they aren't going to get it as they have been so won over by the misinformation. However, I really think it would have been different if there were earlier opportunities for our people to get vaccinated."

As of last Thursday, of the 27 patients hospitalised for Covid-19 in the Counties Manukau DHB, 21 were unvaccinated while the remaining eight had received only one dose. Out of all of the DHB's 2121 cases to date, only 7 percent had been fully immunised*.

Counties Manukau is on track to reach its 90 percent target in the next two to three weeks. It is currently at 83 percent and about two-to-three weeks behind the rest of the city.

Autagavaia points out that Māori and Pacific full vaccination rates (63 percent and 75 percent respectively) in South Auckland are still behind the general public. He said the recent surge in vaccinations was largely to do with people worried about losing their jobs.

"When you're being mandated and your livelihood is at stake of course you're going to get it. But what I'm hearing from my patients, family and friends, is that this has done a lot of damage to their trust in authorities," he says.

"One of the key things that has contributed to where we are now, is that our population is so young, so the majority of our patients weren't able to get vaccinated until only a couple of weeks before this lockdown began, which means they have been sitting with the misinformation a lot longer."

Following a protracted Official Information Act process, which took a month longer than is normally required, documents obtained by The Spinoff show no proposal to prioritise all those living in higher risk communities like South Auckland was ever presented to Cabinet. 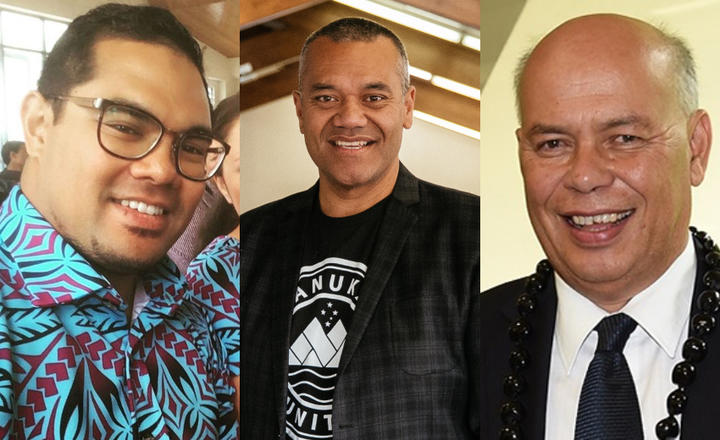 Auckland University's Dr Collin Tukuitonga said he was shocked his recommendations made at the start of the year - and echoed by others within ministerial advisory groups - were never even tabled.

"We actually had several conversations with [health] ministry officials about our recommendation that the government consider vaccinating Māori and Pacific communities first," he said.

"There were several options, one was to prioritise on ethnicity and one was to prioritise by DHB and do all of South Auckland. I know that we pushed for it, 'we' being the Pacific expert advisory group that Minister [Aupito William] Sio led. But the problem seems to be whether or not the ministry actually passed on that advice to the Cabinet."

Does he blame the bureaucrats for not passing on his advice, or the politicians for not asking the right questions? "It's a combination of both," he said.

"I think it was considered politically risky to prioritise by ethnicity and that's why they went with the group 1, 2, 3 and 4 process. But what you see now is just a reflection of [not taking our advice] as Counties is not only lagging behind, but within Counties, you can be sure that the coverage rate for Māori and Pacific is even less."

He said his biggest frustration was that, after pushing for more Māori and Pacific providers to lead the vaccination drives, the first mass event was run by Manukau Institute of Technology.

"It was great that they got 16,000 people vaccinated, but it actually made things worse in some way, because they barely vaccinated any Māori or Pacific people [1031 and 1301 respectively]. So they vaccinated all the lower priority people, and missed out on the people who were a priority."

Auckland councillor Fa'anana Efeso Collins was another who repeatedly called for South Auckland to be first in the vaccine queue. He says the slow speed of the rollout meant misinformation and conspiracy theorising took hold in his Manukau ward, leading to more hesitancy.

"After months of calling on the government to prioritise South Auckland in the vaccine rollout as the frontline in our battle against Covid-19, I find it staggering that the ministry took no steps to seriously consider this as a policy approach."

He said it showed why the government's plan to scrap DHBs and create a new Health New Zealand entity was so needed.

"This blind ignorance is indicative of an organisation completely disconnected from local realities and therefore carries little trust from vulnerable communities, the very communities dependent on their robust and professional analysis. Therefore the overhaul of the health system couldn't come sooner."

While the OIA response stated that no advice was given to Cabinet about prioritising the vaccine rollout to South Aucklanders, The Spinoff was directed to a paper presented to Cabinet on 8 March 2021 titled 'Updated approach to the Sequencing Framework for Covid-19 vaccines'.

The paper states that planning was being undertaken at the time to enable the "wider community wide rollout in the Counties Manukau DHB as soon as possible". It mentions the importance of using "Māori and Pacific providers" for "maximising uptake" amongst Māori and Pacific people through using a "whānau-centred" approach, and that DHBs and providers could use their discretion to "immunise all whānau members" of at-risk people, which was intended as a way of capturing more South Aucklanders.

Ministry of Health spokesperson Jo Gibbs said that, while Cabinet did not choose to prioritise vaccinations for all of South Auckland, there was a "focus" on South Auckland in the early stages of the rollout, including on local border workers and those in South Auckland with health conditions and aged over 65.

"In fact, the first community vaccination centres were established in South Auckland because of the focus on this community," says Gibbs, who is the Covid-19 Vaccine and Immunisation Programme national director.

Dr Autagavaia said he took little comfort in these data points, while he remained adamant that prioritising vaccination of all South Aucklanders, of all ages, would have made a huge difference.

"The ones who are left unvaccinated are our family and our patients, which is so gutting. It's really just a very frustrating combination of events that has led to these outcomes."

*The Counties Manukau District Health Board data is correct as of 9am, 11 November 2021.