Implementing Wairarapa's $32 million Five Towns Trails network will require the consent of "hundreds of landowners", and there have been "heated conversations" already, a mayor says. 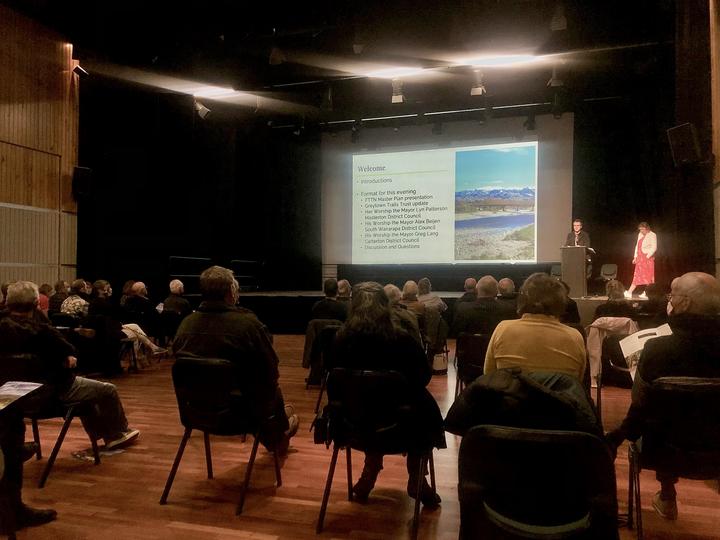 The Five Towns Trail master plan was launched last week and is led by the Wairarapa Trails Action Group [WTAG].

WTAG chair and Carterton Mayor Greg Lang said the development of the master plan was "a massive game-changer".

"It's bold, brave, and ambitious with a clear direction," he said.

Of the almost 200km of trails in the network master plan, just over 100km would be on private land and would require support from landowners.

At the master plan launch event last week, South Wairarapa Mayor Alex Beijen said the plan was cohesive, and brought together existing routes in the district.

"From a council perspective, there is still a lot of work to do. There have been some heated conversations with landowners."

An audience member at the master plan launch event asked when talks would begin with landowners.

Lang said discussions would be held as the governing body decided and would be done "section by section".

"[The trails plan] will have challenges and it won't be straightforward," he said.

"It's big and ambitious, but it's here, and now is the right time."

All parts of the plan, including costs, are indicative and subject to change.

Masterton Mayor Lyn Patterson said the trails network would be another asset for Wairarapa and would create "outstanding opportunities".

"Covid lockdowns have shown us how important these spaces are."

Once construction of the trail network begins, in the first year, 97 jobs would be created, rising to 176 in year 10 of the plan.

Regional income from the trail is expected to top $13.5m in the 10th year of the plan.

The bulk of the work would be externally funded.

An audience member asked Lang how confident he was that WTAG would be able to secure $32m in external funding.

"We've got the support of every mayor and council in the Wellington region.

"It will have its challenges, but where there is a will, there's a way."