Erosion and run-off from dairy farms and forestry blocks were sources of mud smothering the seabed in the Marlborough Sounds, scientists have found. 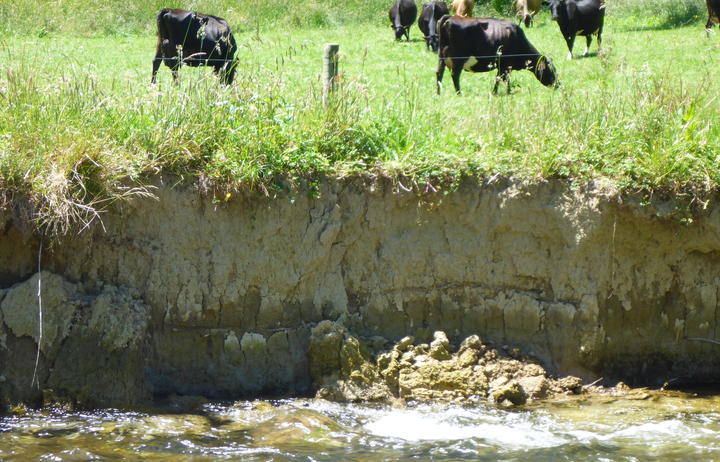 A team of National Institute of Water and Atmospheric Research (Niwa) scientists, led by Dr Andrew Swales, identified the sources of sediment coming down the Pelorus, Rai and Kaituna rivers and into the Te Hoiere/Pelorus Sound.

The "sobering" findings would help the Marlborough District Council and its partners fight against the unnaturally high level of mud clogging the area's ecosystems and organisms.

Sedimentation had been building up in the area for years, leading the council to ask Swales to search for the sources.

His team used a vibra-corer - a device that vibrates at a high frequency to push a plastic pipe two metres into the thick mud on the seabed - to retrieve undisturbed samples. Samples of up to two metres were taken from the seabed.

The samples were then x-rayed, and slices of each core were dated and fingerprinted to identify where the mud came from, and what type of land practice caused it to come loose. 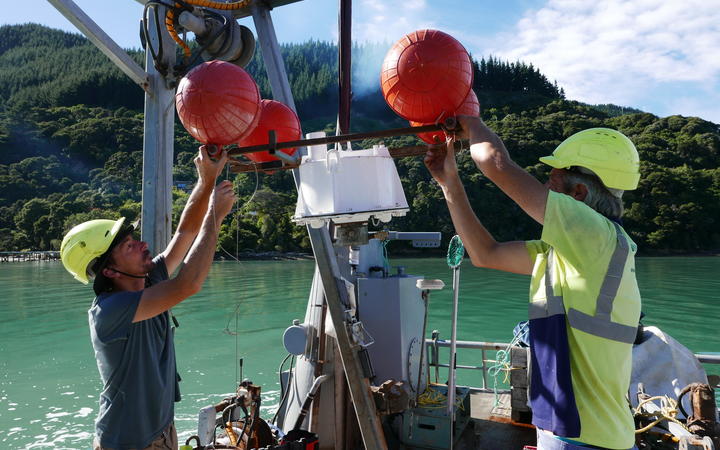 Shellfish remains were then studied to see how sea life had changed over the years, and carbon dated to estimate sedimentation rates prior to human arrival in New Zealand.

The samples predated the storm that caused mass flooding across the region earlier in the year, turning the waters of the Marlborough Sounds brown with dirt. The Mahakipawa arm of the Pelorus Sound alone saw 15 centimetres of sediment.

Swales found that the amount of sediment washing into the Te Hoiere/Pelorus Sound had seen a 13-fold increase since humans arrived, from 0.33mm a year to up to 4.1mm a year.

Worst affected were the Brown and Kaiuma arms of the catchment, both about 12.5 square kilometres in size, which had "substantially" more sediment than scientists expected. 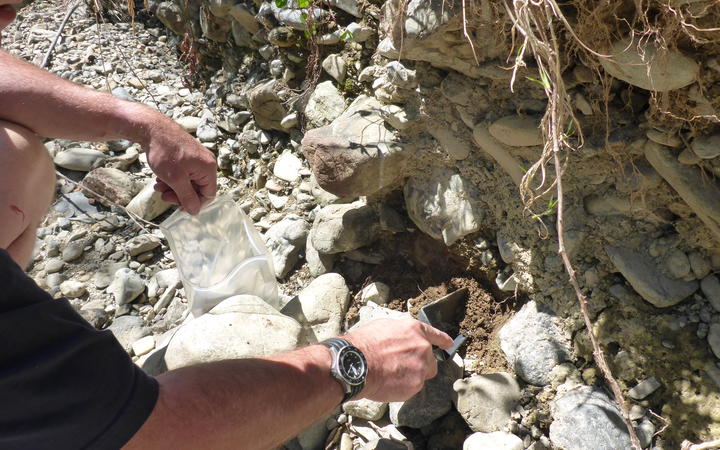 Niwa scientist Greg Olsen collects samples of sediment from a stream's bank to determine where it came from. Photo: Supplied / Niwa / Andrew Swales via LDR

Sediment deposited over the last century or so was dated by looking for the radioisotopes lead-210, which "fell from the sky", and caesium-137, which turned up in soils around the world during atmospheric nuclear weapon tests in the 1950s.

Swales said scientists pinpointed where it came from by looking at the fatty acids sitting in the sediment - also known as "nature's barcode". Fatty acids were secreted by plant roots, and each plant came from a different type of community.

Most of the mud in the Te Hoiere/Pelorus Sound (about 70 percent) had been sitting in the water so long that it was impossible for scientists to determine where it came from.

Of the remaining sediment, about 55 percent had fallen from the side of a stream into the water or been trickled into the catchment during a period of heavy rain or land disturbance. 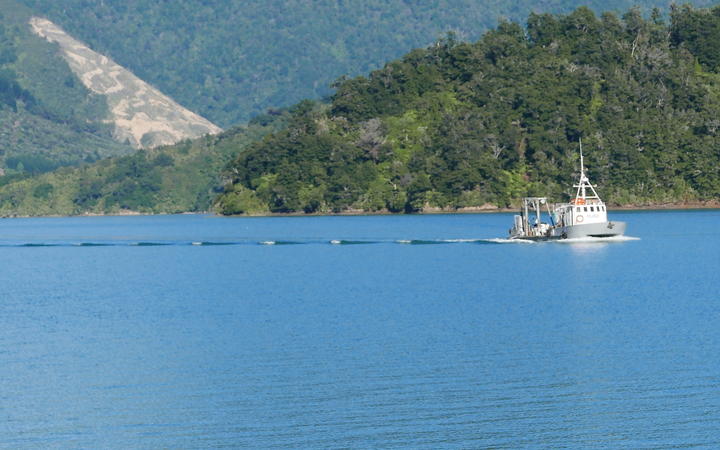 Dairy farming was behind 23 percent of the mud, which Swales and his team expected, given the amount of land that had been converted to pasture in Te Hoiere/Pelorus.

Pine harvesting was responsible for another 18 percent.

His report, summarising his team's results, was shown to councillors at an environment committee meeting last week.

During the presentation, some councillors shook their heads in shock. Marlborough Sounds councillor Barbara Faulls said during question time that the report was "sobering", which was quickly echoed by fellow ward councillor David Oddie.

Marlborough Mayor John Leggett said similar reports had been landing in the laps of councillors for more than a decade.

"There's nothing really new here. It's what we're going to do about it, and doing about it, that's important," Leggett said. 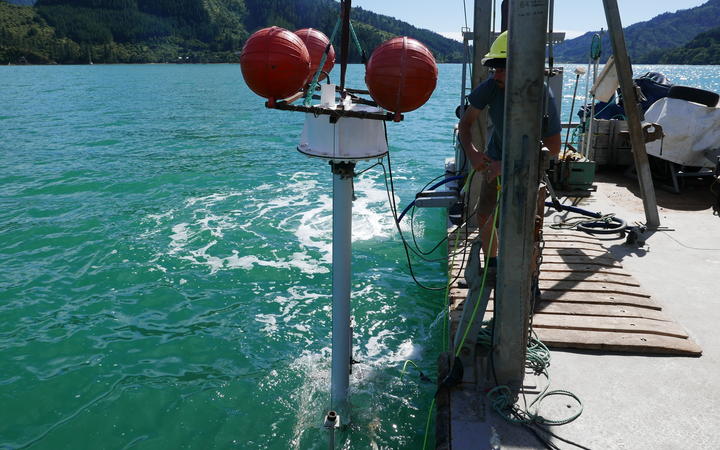 The vibra-corer is retrieved from Mahau Sound with a sediment sample. Photo: Supplied / Niwa / Andrew Swales via LDR

The findings would be used to inform a multimillion-dollar project to restore the Te Hoiere/Pelorus catchment, spanning from the Pelorus River to the outer Pelorus Sound.

The project was one of the first to be delivered under the South Kotahitanga mō te Taiao Alliance, made up of top of the south iwi, local and central government representatives.