An "organisational realignment" that created seven deputy chief executives at Rotorua Lakes Council was devised in part by at least six of the seven people who took the roles. 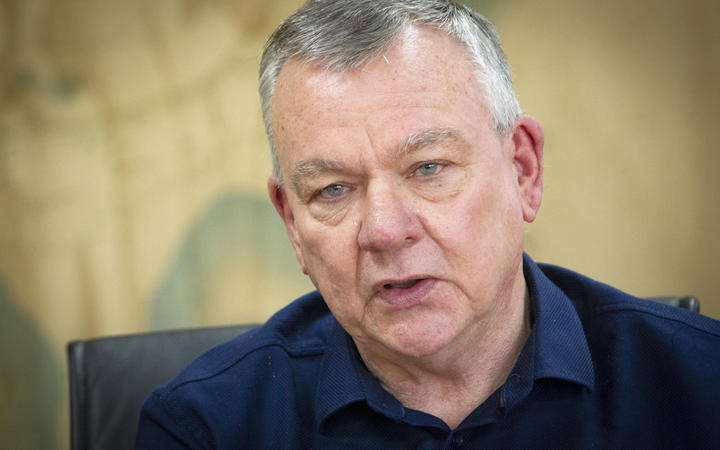 Documents, numbering 318 pages,- obtained through an official information request reveal the inside story of how it came about.

On 25 March, Williams wrote to council staff introducing the idea of the change proposal, called "Preparing for our Future".

His email stated Covid-19 had changed the way the council worked and there was an increased expectation for the council to show a "strong leadership role".

"The executive team has evaluated these challenges and opportunities and evolved our thinking on how our organisation can best respond. We are now ready to share our ideas with you," he wrote.

It did not include the corporate planning and governance manager, who became the district leadership and democracy deputy chief executive.

Just over an hour after the beginning of the last staff information meeting that day, Williams emailed staff to say the seven deputy chief executives had been appointed.

The documents also reveal at least six of the seven deputy chief executives helped develop the organisational realignment and set high-level responsibilities and objectives for the roles and their teams.

On 19 April Williams wrote to staff:

"The deputy chief executives will need a bit of time now to assess and consider your feedback.

"Please keep talking to your managers and the deputy chief executives to grow your understanding and share your views."

The council withheld the internal feedback from staff from its official information response as it was "provided in confidence", but provided collated questions and answers that had appeared on the staff intranet.

Those revealed concerns from staff about the responsibility for overall council strategy being "decentralised" and whether the changes would help the council to "create an inclusive and conducive work environment where employees feel secure and happy" and "workplace equality and changing outdated attitudes".

In June, the council produced a document detailing the final outcome areas and "functional groupings" for each deputy chief executive.

Objectives for success would include managing reputational risk to the council, "strong strategic direction", "enabling residents to live their best lives" and "exceeding expectations".

The presentation described the coming changes as an "organisational evolution" and proposed to "pivot" from a responsibility for service delivery to ownership and outcome delivery focus.

Another slide stated: "Evolution process: getting ready to go, change, go. 'A better us'."

A March staff presentation stated: "Why we're doing this: To ensure that we are best prepared to respond to current and future challenges".

It said "new executive leadership roles" had been created "with a clear focus and enhanced accountability" and named the seven deputy chief executives appointed to the roles. 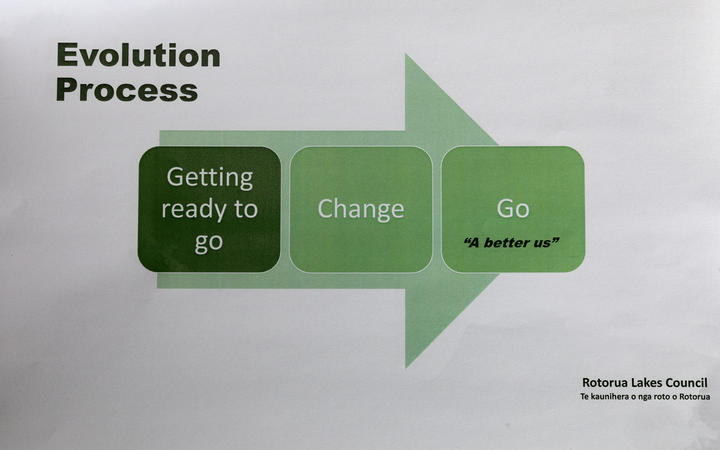 Among the documents was also a 16 June email Williams sent to council staff, revealing the internal reaction to the widespread media coverage about the seven deputy chief executives.

He claimed the media had "speculated on salary increases" and "incorrectly reported" one person had received a salary increase of at least $40,000, saying it was "simply not true".

However, incorrect information had been disseminated by the council.

The $40,000 figure was reported by Local Democracy Reporting in the Rotorua Daily Post based on information provided via the council's communications team.

The council did not advise the Rotorua Daily Post of the council's error nor did it clarify, until prompted, that some employees were already earning more than their pay brackets.

Rotorua Mayor Steve Chadwick had previously expressed support for the changes, extending her congratulations to Williams for the move in a council meeting. She had also said the majority of the council supported it.

Local Democracy Reporting asked the council for attributable comment for this article on 16 September. It also asked for clarification on some matters, such as an organisational hierarchy and what respective budgets each deputy chief executive was responsible for.

It asked, among other things: if the deputy chief executives had job descriptions yet, what managing "the political interface" meant, and why reputational risk was not the responsibility of the communications manager.

The council was also asked if the organisational realignment was still underway and the cost of it to date.

In June, Local Democracy Reporting revealed the council had spent $51,842 on the change by that point, with the cost expected to rise to about $75,000.

At that time, the deputy chief executives had draft job descriptions but titles and pay rises had been implemented. At the time, Williams said the job descriptions were "finalised to the point where they're mostly done".

Following multiple deadline extensions, the council did not provide comment in time for the deadline.

Council chief executive Geoff Williams has previously said the organisational realignment was an "exciting opportunity" to create a more adaptable and responsive organisation.

"There is an increased expectation for [the] council to play a strong leadership role, build our economy and promote community wellbeing."

He said the council was changing its approach and its way of working to meet the community's needs and the realignment was prompted by heightened expectations of the council.

The expectations were of "significant scale" and in an environment of "total uncertainty in the local government sector".

"This organisation is asked to do more, deliver more, be more successful.

Local Democracy Reporting requested documents and communications relating to the organisational realignment on 29 June this year.

However, the council advised the original request, which included not just documents but also communications related to the organisational realignment, would likely incur a substantial cost or be denied.

Local Democracy Reporting varied the request to only include documents, not communications.

These variations reset the 20 working days timeframe, and on 5 August the council advised an extension of a further 20 working days. The documents were supplied on 3 September, three days earlier than estimated.

The council released the emails from Williams to staff on 22 July.

Local Democracy Reporting also invited the seven deputy chief executives to be profiled - including exploring what they hoped to achieve in their roles, their background and expertise - in mid-July, but the council declined.