Rotorua's mayor Steve Chadwick has hit out at "nonsense" calls for an independent review of Rotorua Lakes Council, calling it "silly chatter" and "sad". 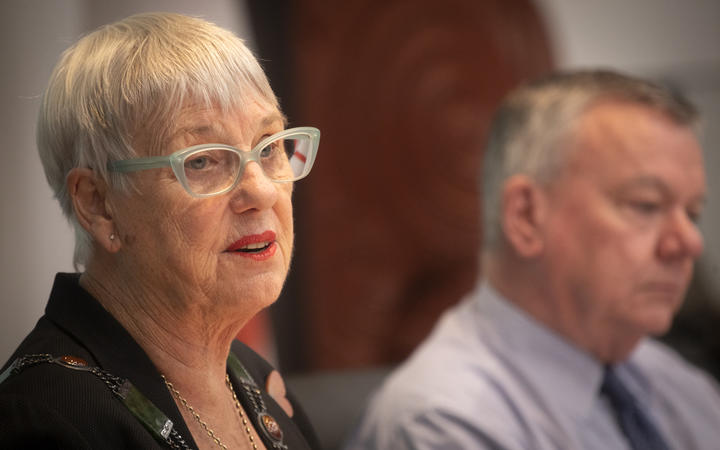 However, one proponent of the call says the review would help clarify if the council was on the right track.

Chadwick's comments were made during a bumper four-hour long council meeting on Monday which saw the council commit to a 9.2 percent rates rise for 2021/22 and a four percent rise over the following nine years. The decision was made alongside adopting the 2021-2031 Long-term Plan.

"I do congratulate [council chief executive Geoff Williams] actually, for looking at your appointment of deputy chief executives to show leadership," Chadwick said.

The situation was "not business as usual".

"The nonsense call for an independent review of this council made by some who are trying to hold us back is going to drag us down and it's already dragged us down in the public domain when you hear the debate on national radio and even on television," she said.

"I'm not proud of that. I'm proud of a council that's shown leadership, been innovative [and] been outward-facing with central government."

She said the call for an independent review was from "those that were mayors a long time ago".

"Someone else who's calling for a review and supporting [that is] a councillor who hasn't actually come in for a briefing since we've been elected in 2019. How sad is that?

"After a lot of nonsense that's gone on and played out ... we've got to now all work together to get the confidence of our community to stop this silly chatter about calling for a review. A review of what?"

In the meeting, councillor Trevor Maxwell said he did not think the council needed a review.

Among those who had publicly called for the council review were former mayor Grahame Hall, Rotorua MP Todd McClay and councillor Peter Bentley.

In response to Chadwick's comments, Hall said he was not surprised by the negative reaction.

"Despite the criticism from the mayor, the major concern for many in our community, including me, remains the same: that the current leadership being shown by [the] council, is taking the wrong direction."

This was especially so with the internal appointments of the seven deputy chief executives and the $440m debt projected in the long term plan, he said. 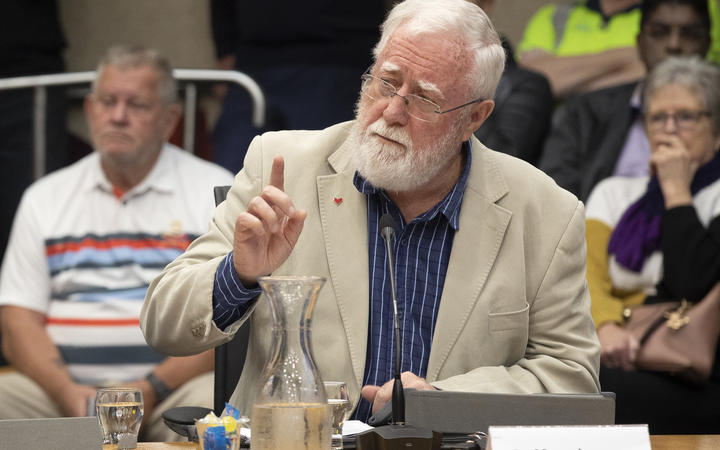 In response to Chadwick's comments, Bentley said he'd never been invited to a briefing and he believed the only people who could "come up poorly" in an independent review would be the mayor and chief executive.

Rotorua MP Todd McClay said he stood by his call for the review and he believed support for it was growing within the community.

"Ratepayers deserve to be listened to.

"I can't remember the last time talkback radio was talking about positive things about Rotorua. The council needs to reflect on that."

The subject of an independent review is expected to be discussed at the council's Operations and Monitoring Committee meeting on Thursday.

The meeting marked the adoption of Rotorua's Long-term Plan 2021/2022, and confirmed an average rates rise of 9.2 percent.

The rise was opposed by councillor Reynold Macpherson.

District leadership and democracy deputy chief executive Oonagh Hopkins said the long-term plan was "the most ambitious plan" the council had ever prepared.

Hopkins' presentation stated success from the plan would include 3000 new homes in five years, 6000 homes by 2030, 9000 new jobs in five years, "regenerating" four to five neighbourhoods, and that Rotorua would have the safest public spaces in New Zealand.

She said the capital budget - for things such as the lakefront, Sir Howard Morrison Performing Arts Centre and the museum - was "mammoth" at $749m over 10 years, not including inflation.

Borrowing would increase over the 10 years by $197m, but Hopkins said the council would still remain under its debt cap.

Audit NZ audit director Leon Pieterse, who was present at the meeting, said his organisation was "quite comfortable" having audited the long term plan.

However, there was dissent in the decision-making.

Macpherson said the Aquatic Centre redevelopment was something the public could "barely afford right now" and said he was concerned the additional $500,000 for the community safety plan was "throwing good money after bad".

Councillor Peter Bentley didn't think a bombing pool or water slide was needed, but councillor Tania Tapsell hit back saying it received a lot of support in public submissions, and the redevelopment was "simply renewals and a little bit extra".

Macpherson also opposed the $26m in funding for the council's economic development plan saying it wasn't clear what the money was going to be spent on.

Deputy mayor Dave Donaldson said every spend within the $26m came to the council with a business case and it was about keeping jobs in the district.

The council narrowly voted down a recommendation calling for the deferment of the discussion on the future of the Springfield golf course until a full assessment was conducted by the council.

Macpherson attempted to cause a vote to extend the golf course's lease, but was unsuccessful. It is expected the topic will re-emerge at a later date.

Outside the meeting, Springfield Golf Club vice-president Gary Herbert said he was happy but the golf club would still need to "keep fighting the fight".

Over 100 people packed the gallery to watch the outcome of that vote.

The long-term plan - at a glance

The council adopted these items at Monday's meeting.