It it is vital Aucklanders have their say on the government's Three Waters reforms before any final vote by the council, a councillor says. 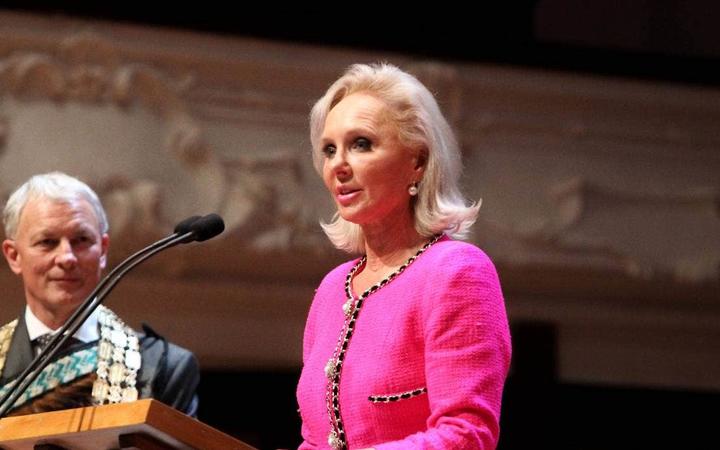 Auckland councillor Desley Simpson says it's important Aucklanders have their say on whether or not the region takes part in the Government's Three Waters reforms. Photo: SIMON MAUDE/STUFF

The council will vote on its response to the proposal at a meeting on Thursday, but it will still have time to consider whether it will opt in or out of the process.

The government wants to create four publicly owned providers to take responsibility for all of the country's drinking water, wastewater and stormwater services.

Under the changes, Auckland Council-controlled organisation Watercare would become part of a new water provider for the whole of Auckland and Northland.

Desley Simpson, the chairwoman of the Auckland Council's finance and performance committee, is opposed to the reforms.

'"We shouldn't be voting on something as important as this without consulting Aucklanders. This is too big a decision for councillors and the mayor to make without asking Aucklanders first," she said.

"This is 28 percent of our assets at stake."

"I believe that the government's one-size-fits-all approach for the whole of New Zealand was not right from the get go. The current reform model lacks accountability and will remove the oversight the council currently has over Watercare."

Auckland Mayor Phil Goff has been an outspoken critic of the government's proposed Three Waters reforms and in July said he wasn't convinced by a $2.5 billion government funding package to encourage councils to support its planned changes.

But he said it was still too soon to say whether the council would formally opt out.

"Councils are not being asked to opt in or out at this stage, rather we are in an eight-week review period which the government and Local Government New Zealand agreed to in order that councils around the country can investigate the reforms, assess the potential impacts, and suggest ways the proposal might be strengthened."

He said following the review, the government would consider its next steps, including whether to change the reform proposals and any revised timing for decision-making, which he expected would include time for public consultation.

A Department of Internal Affairs spokesman said a two-month period of consultation in August and September with the country's councils had given them time to consider the reforms and how they would affect them and their communities.

"The government is gathering feedback throughout and following this period of engagement will make decisions on next steps in the reform process including mechanisms for community consultation," he said.

"Announcement of those decisions will be made in due course."