Why the government's muscling in on the water business

There's something in the water.

Prime Minister Jacinda Ardern made sure to nail that point home at the Local Government New Zealand conference this year in Blenheim, as she listed off all the country's water woes. 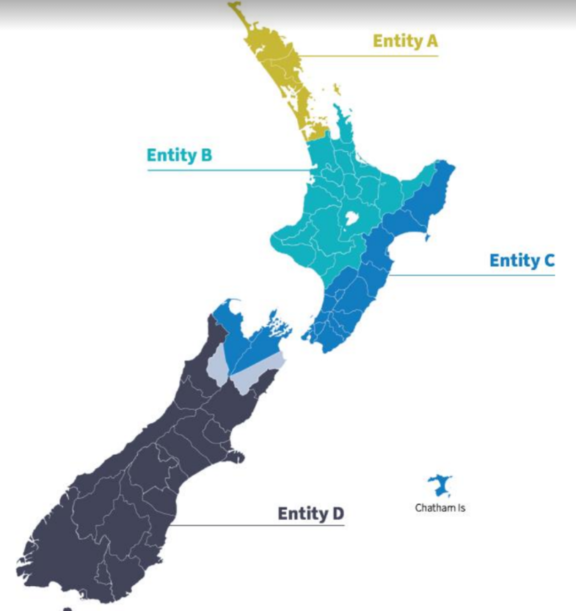 They include ‘no-swim’ notices at beaches, boil notices for tap water, erupting sewer pipes and lead contamination in the water.

Government estimates reveal a $120 billion to $185b hole in water infrastructure over the next 30 years.

Today The Detail's Jessie Chiang talks to Newsroom Pro managing editor Jonathan Milne about what the plan is and why it's dividing councils across the country.

He says the 2016 gastroenteritis outbreak in Havelock North's water supply, which made 5500 people sick and led to the deaths of four people, sparked the reforms.

"It was a massive third world scale water disaster and shouldn't have happened in a developed country like New Zealand," he says.

"I think that was a real wake-up call for local government and central government that we needed to get our water in order."

The government's plan is to merge 67 different water organisations currently run by councils, into just four.

A new national water regulator - Taumata Arowai - will set the standards for quality.

While some councils are on board, others aren't. "You've got mayors like Phil Goff in Auckland and Sheryl Mai in Whangarei and Nigel Owens in Timaru who say, 'my water's okay, when I was sworn in my oath of office as a mayor was to serve first and foremost my ratepayers, so if we're going to change this you need to show me that my ratepayers are going to benefit significantly,'" says Milne.

He explains the thorny issues around ownership of the water infrastructure, debt, and ensuring local voices are heard.

Then there is the question of who pays.

The government estimates the average household bill for water services could be as high as $9,000 by 2051 if the country doesn't take up the Three Waters plan.

Milne says those projections are rejected by some councils who say they are "highly speculative", but the issue remains, the money has got to come from somewhere.

"Most of our councils cannot borrow the money to upgrade the infrastructure because they're just too indebted already," he says.

"There's only one way to do this and we're seeing that happen in Auckland right now - the announcement that they're going to double water rates over the next 10 years, that's the only way they can pay for it under the existing model."

To help with that, the government has been splashing cash - there was $710 million announced last July, another $296m in this year's budget and just last month, a whopping $2.5b.

Milne explains the breakdown of the latest funding carrot and whether it has worked.

Councils have eight weeks to provide feedback on the proposed reforms.