The Kawerau mayor and councillors were so moved by the passionate presentations of submitters calling on them to reverse their decision not to establish Māori wards that they are making enquiries about whether they can now change their minds. 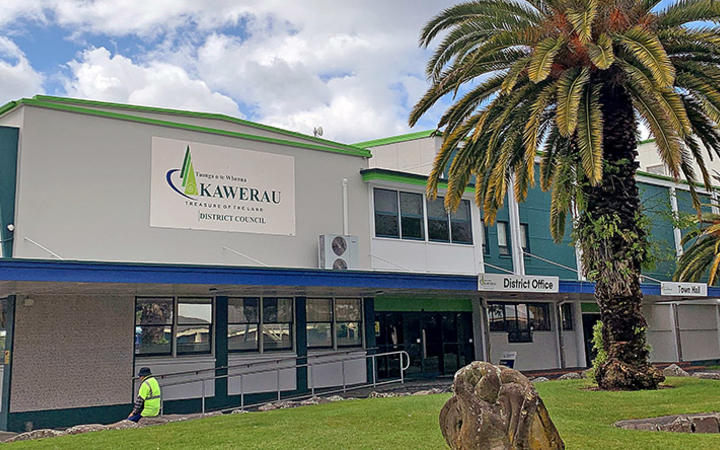 Eight of the nine people who had made written submissions to Kawerau District Council over the past month, to implement Māori wards, stood up at an extraordinary meeting of the council to speak to their submissions yesterday.

However, they were told at the meeting that it was too late to reverse the council's decision on Māori wards for the 2022 election as the decision had been made in July last year and the cut-off date for changes to that decision had been in March this year.

There was a chance to change their decision for the 2025 elections.

At a meeting in July this year, the decision to not have a Māori ward was discussed along with other representation decisions.

Councillors and the mayor were in agreement that the council already had broad representation, including people of Māori, Pasifika, and European descent.

The council then invited submissions from the public on its representation arrangements within the required one-month period, ending 27 August.

Reverend Jonathan Te Rire accused the council of suppressing the voice of Māori in its decision not to establish a Māori ward.

In his written submission, Reverend Te Rire said the council had not given the community of Kawerau the opportunity to consider, debate and make an informed decision as to what was best for them in the representation space. The council had made the decision themselves and with minimal consultation.

He said the council's perspective that current representation provided a greater diversity of views around the council table was a view that suppressed the voice of Māori. He also cast doubt over the council staff's advice that there was no way the arrangements could be changed.

"I have talked to some ministry people who have said otherwise," he said.

All submitters on the Māori wards agreed the council had failed to consult with Māori over their decision. They said they were hurt, gutted, and felt slapped in the face over the lack of consultation with Māori roll voters and the speed with which the decision was made.

Among the submitters was Dot Mareroa who said the council should have conducted an open and transparent consultation with people on the Māori roll before making a decision. Although the council had a broad representation today, the only way this could be guaranteed in the future was through the establishment of Māori wards.

She also submitted that having Māori voted onto the council through a democratic process did not necessarily mean they were representing the perspectives and aspirations of whānau, hapū and iwi.

In a joint submission Davina Merepeka Thompson and Veronica Rollenson wrote that more than 63 percent of the Kawerau population was of Māori descent and that demographic showed Māori representation was needed.

They said although the council believed Māori representation in chamber was broad, that was based on current voter representation toward themselves. "This can easily change at any future elections."

Louise Hiwarau said in her submission that Mayor Malcolm Campbell had previously told her he was aware that more than half of Māori in Kawerau didn't vote.

"So how can council even be of the opinion that they have been elected by the electors of a district as a whole, when a mere proportion of the community participate," she said.

She described not allowing the community to be more involved in the decision as a slap in the face.

"I believe establishing a Māori ward would enhance the prosperity of all Māori in our community."

El Alamein Thunder Tunui talked about how "gutted" she was when she heard about the decision. "Many families, our neighbours, friends and work colleagues were so disappointed and hurt, because once again we have been excluded from making important decisions," she said.

She and other submitters mentioned the impact of pollution on the environment and how looking through a Māori lens would help. "We are natural kaitiaki … Our tipuna would be turning in their graves if they saw the destruction of Papatūānuku. We are watching everything disintegrate before our eyes."

Helen Sisley described being able to pick puha and watercress from pure streams as a youngster. "We can't do that anymore. Everything has been sprayed with poison," she said. She asked whether it was due to a lack of education or disrespect for tangata whenua that food resources had been destroyed.

Former Tauranga couple Wiremu Kuka and Heather Murphy wrote that they believed that council "jumped the gun" by saying there was no requirement for Māori wards.

Their joint submission stated that while it was true that Kawerau had a good Māori representation among its current councillors, "with more people moving into the region due to more sustainable house prices, Māori representation on council will most likely suffer because, generally speaking it is not Māori who turn up to vote".

Mayor Campbell and councillors told the submitters that they were grateful and moved by their submissions.

He said he was impressed by people's passion to be a part of the process of local government and it had changed his way of thinking about the need for Māori wards.

He asked council staff to make enquiries to the Department of Internal Affairs about whether there was any way the decision could be reversed in time for the 2022 elections.

The council would meet again in two weeks to make a decision based on the submissions.

Among other representational decisions the council made in July this year was to keep its current number of elected members as it is currently, with eight councillors and a mayor and to have no community boards.

One submission for the establishment of a community board was given in writing by Allan Clarke, however, Clarke did not appear at yesterday's meeting to speak on his submission.