It is a hard time for everyone in the hospitality industry, but one owner-operator is finding support through his popular social media account - and spreading positivity in return. 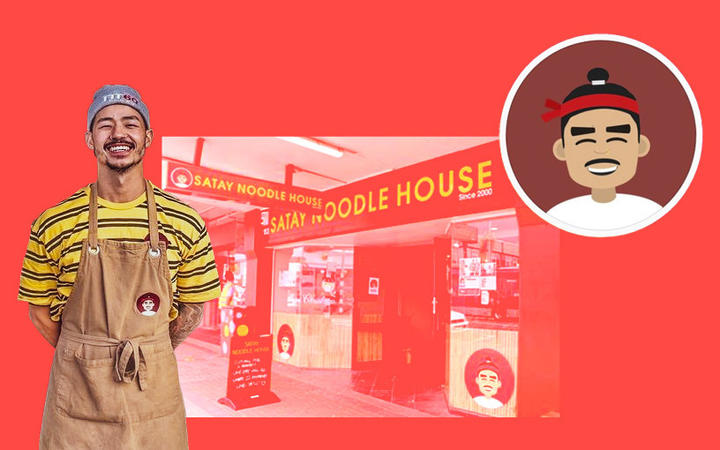 If you're a follower of Bun Leng's ultra-upbeat Instagram account [ https://www.instagram.com/sataynoodlehouse/], you might not realise he's also the owner of a takeaway shop facing the grim economic reality of another lockdown.

The spritely tattooed owner of Papakura's Satay Noodle House keeps his feed filled with posts about gratitude, inspirational thoughts, pranks on his partner and reflections on the tribulations of being a NZ Warriors supporter.

And his positive outlook hasn't gone unnoticed. In the last two years he's become a minor Instagram celebrity. His follower count has jumped to over 10,000, he's appeared on national television and he's even received a special shout out from Facebook NZ's own page - boosting his profile to its millions of followers.

It's a hard time to be a takeaway owner like Leng. Auckland's move to level four has meant his income has basically gone "straight to zero", and the government subsidy and resurgence payments help but barely cover the rent.

But Leng says being the son of Cambodian refugees provides the perspective he needs to remain optimistic. "Gratitude and perspective are foundational pillars for me," he says.

"I have a photo of our family in the refugee camp on the wall in the shop. It reminds me where it all started for us, those humble beginnings keep me eternally grateful for these 'struggles' I face day to day." 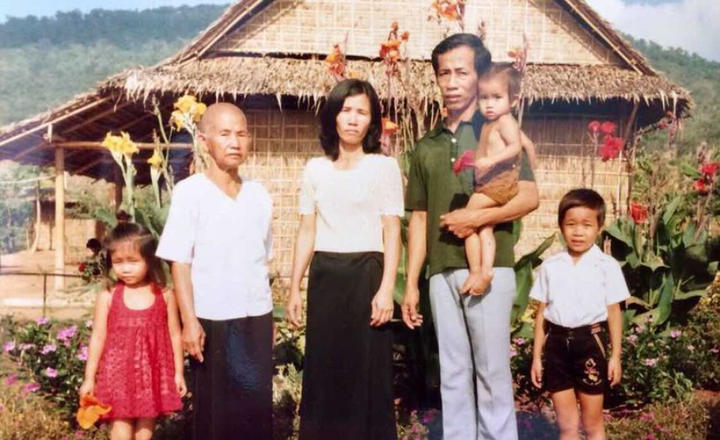 Bun Leng's family in a Thai refugee camp, in a photo taken before he was born. Photo: LDR / Supplied

When the Khmer Rouge took control of Cambodia in 1975, Leng's family escaped into Thailand, bouncing between a number of refugee camps before being granted entry into New Zealand in 1980.

Fast forward to 2011 and the Leng family-run takeaway shop in the heart of Papakura was passed from father to son. At the time Leng was an aspiring teacher, but opted to take on his dad's business for mostly sentimental reasons.

"I thought it would be really cool to keep it in the family, and I guess I just kind of fell into it. I didn't spend a cent the first few years and was paying myself $600 [while working] 70 hour weeks because that's all the shop could afford.''

But over time Leng was able to put his own stamp on the restaurant and as a result he's tripled the store's revenue, gifted his parents a world trip and bought an investment property.

He credits social media as a significant reason for his success, and it's also proven a major factor in building the restaurant's profile during the previous lockdowns.

His Instagram page posts an eclectic range of content. Recent posts include a Jacinda Ardern meme, a touching tribute to his dad, pranks and quirky skits. He's also showcased his golfing skills, which led to one of his appearances on television last year.

Leng says there's no grand plan behind his online persona. "It's not like I put stuff out there thinking so and so will see it - it's honestly just serendipitous.

"But every day I'm getting people messaging saying how much they love my posts and how they will be coming to our shop when lockdown lifts. Whether it's my gratitude posts or a five-second skit that I've done, people just react to it - it's crazy.''

While some might see the media attention he's attracted as a lucky break, Leng says he's a believer in putting good into the world and getting good back - what some might call karma.

"I do believe in doing business for people and over a period of time it will only help," he says. 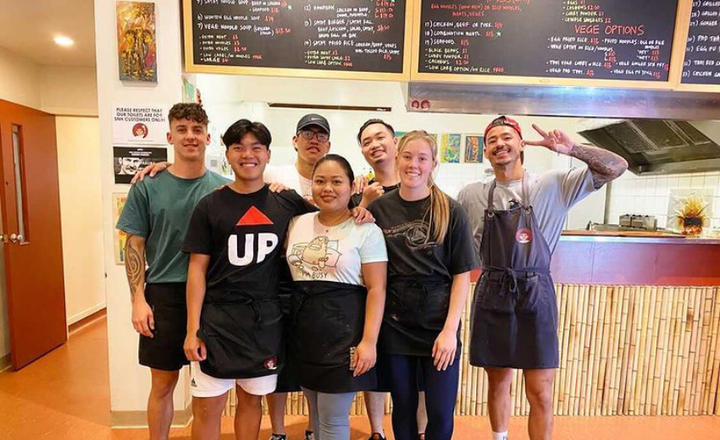 The Facebook shoutout came after Satay Noodle House started a fundraiser during last year's level three lockdown for struggling members of the Papakura community. "And then Facebook emailed me wanting to put it up on their local heroes blog," Leng says.

The high-profile Facebook post only added to the interest in his business, but Leng says his focus is still on the South Auckland community he calls home.

"Expansion is an option for us now but there's sentimental attachment to this place,'' he says.

"I don't know how I'd feel about not being in South Auckland. Our regulars are our friends now who are on this same journey so I don't know if I could walk away from that."

Leng knows many businesses are doing it hard right now, and he's hoping his social media presence will help Satay Noodle House bounce back when the lockdown lifts.

"I know for the majority of takeaway stores in south Auckland it's hard going man. Even in level three, no one is driving around or walking past so people end up just sitting in their shop doing nothing.

"But when people are sitting at home thinking what they'll have for dinner, social media helps us to be on people's minds. But we just don't know what this year will be like.''

With little certainty when Auckland will be leaving level four, Leng says knowing what his parents went through is all the perspective he needs for times like this.

"It could always be a lot worse - like having to pack my bags tonight and flee to another refugee camp."