With more than 120 food stalls and thousands of people expected to attend, this month's 2021 Ōtāhuhu Food Festival was shaping up to be a major event on the calendar in South Auckland. 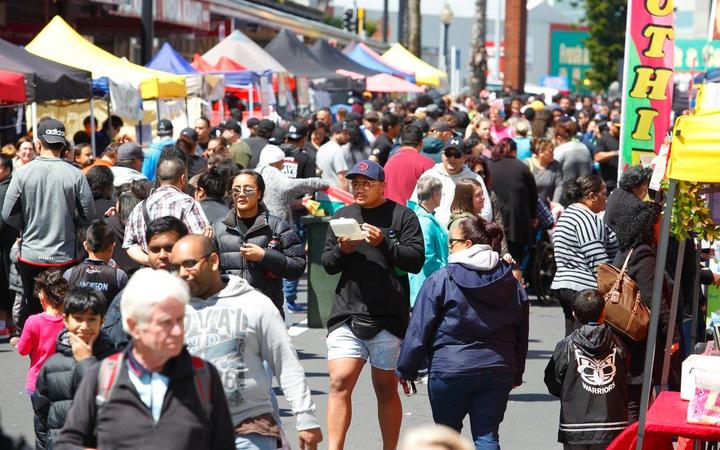 But the annual event, which was supposed to take place on 25 September, has now been postponed until 6 November due to the alert level 4 lockdown.

Auckland Council said the festival not only promotes the city's diversity through food and entertainment, but it is also an opportunity to showcase local businesses.

The Ōtāhuhu Business Association coordinates the event and town centre manager Richette Rodger said it normally attracts up to 15,000 people.

But she said it had to weigh up its options when the country went into an alert level 4 lockdown in August.

"We have to be in alert level 1 to host the event, and we knew that there was little to no chance of us being there by the end of this month," she said.

"We then looked at holding it in October, but in the end, we thought it was better to be safe than sorry. So we've pushed it out to the first weekend in November."

Rodger said fingers crossed, it would all now go ahead as planned.

The 2020 Ōtāhuhu Food Festival was cancelled because of roadworks in the town's main street and the impact of Covid-19.

"The feedback we've had from the public has been really positive and people still want the event to go ahead. People always love the food," she said.

"It's all about bringing more people to Ōtāhuhu."

DJ Sir-Vere and Mai FM were in charge of finalising the entertainers which Rodger said were always an important part of the festivities.

Rodger said despite the cost of some staging and some cancelled advertising, postponing the event hadn't left the business association out of pocket.

Christine O'Brien is a member of the Māngere-Ōtāhuhu Local Board which is providing $15,000 in funding to help support the event.

"It's something the whole community looks forward to. It's always really well attended. Thousands and thousands of people come along to it. So fingers crossed it takes place."

O'Brien said while the local board did not provide all the funding for the event, it did provide support each year.

"We like to think we help to make it an annual event on the calendar."