On a blustery Sunday afternoon when many in Māngere were glued to their TV screens watching the dawn raids apology, an altercation in the neighbouring community of Favona was about to turn potentially deadly. 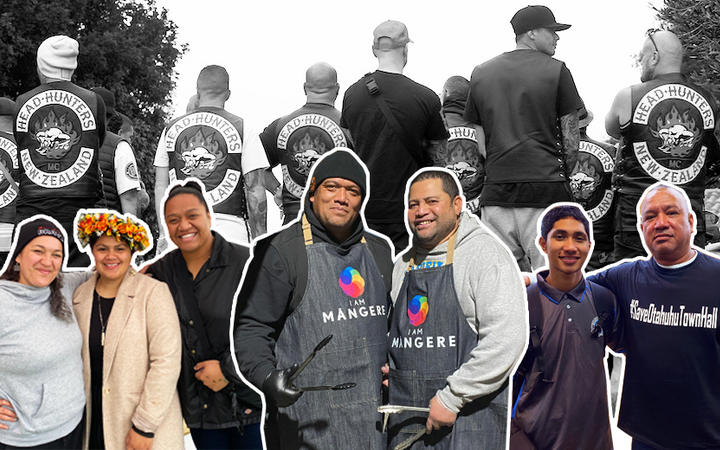 A disagreement had occurred involving a car being damaged and, according to police reports, the aggrieved party was so upset they returned at 11pm with a loaded gun and shot up the house a number of times.

Thankfully no one was injured and while police believe this shooting is not linked to the widely reported turf war between the King Cobra and Rebels gangs, it is yet another gun-related incident, following 12 violent attacks that have occurred in the region over the last three months. 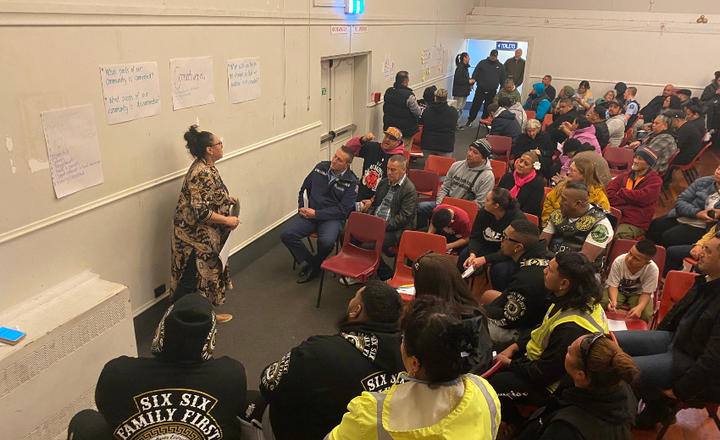 At a recent meeting organised to address the community's concerns about the rise in crime, police told the crowd their greatest challenge was not just trying to stop the gun violence in the area, but they were also dealing with groups of 11, 12 and 13 year olds roaming the streets, stealing as many as four cars a night.

"How did it ever become OK for a 12-year-old to be out at 3am stealing cars?" Counties Manukau West area commander Matt Srhoj asked a packed Māngere East hall.

"I worry for those kids, because I worry they will be the next generation of kids who get involved in gangs."

A source familiar with the gang rivalries in the area, who did not wish to be named, says the gangs themselves have realised these disputes have started to spiral out of control and have told their members it's no longer "a club matter".

"It's been between the Cobras and Rebels but other gangs have been backing up each club. But then it was getting too big, so the big dogs have told everyone to leave it up to the individuals to sort out."

This string of incidents can paint a picture of a community beset by chaos, but a number of sources The Spinoff spoke to said the situation has been much worse. 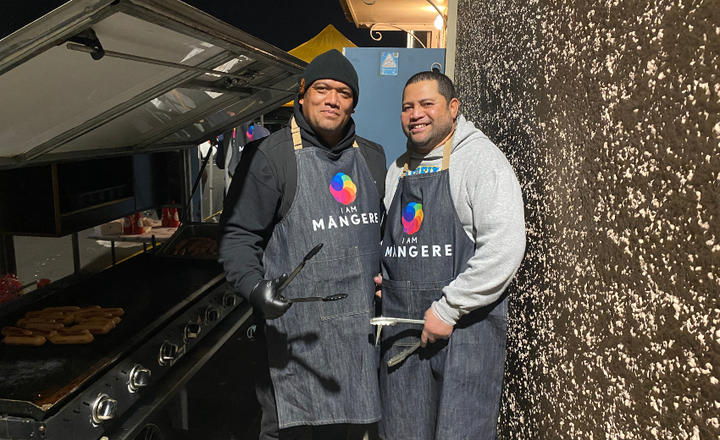 He says seven or eight years ago the gang disputes were at their height but were kept behind closed doors.

"It used to be really bad as there were more fights, with knives and weapons. But social media wasn't as common, which sort of kept things hidden."

He says what has changed is the way deportees from Australia were introducing guns into the mix, "because it's what they've learnt over there and they're bringing that back here".

"In the past, the Black Power, Mongrel Mob and King Cobras had a history of fighting between each other," they say.

"But there's been peace between all three clubs for a while now.

"Whereas with this situation, the new gangs are incorporating an Australian or American way of doing things." 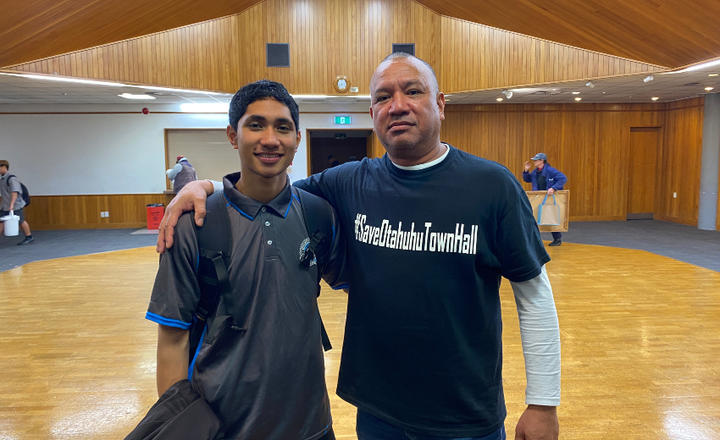 Reconnecting to culture and community

The reasons for these ongoing cycles of violence are complex, but as Nuku said, the underlying driver is quite simple.

"We can blame the parents, we can blame the teachers, but at the end of the day it's about poverty. If there's no food in the house, kids are going to go out to steal."

Kennedy Maeakafa Fakana'ana'a-ki-Fualu, a Tongan community worker focused on keeping youth from joining gangs, cites the lack of belonging as another driver.

"Many New Zealand-born Tongans are called fia-palangi, or wannabe-palangi [European person], as they don't fit in within their own culture and they feel like they don't belong in New Zealand either. They then end up in the gangs, and once they join it's very hard to get them back."

To combat this, Fakana'ana'a-ki-Fualu runs a programme which "reconnects our young people to their community and their culture".

He says police are very supportive of the programme as they can see it's working.

One of the participants is 16-year-old Nelson Ofa, who has quit school but has found the programme is giving him a sense of purpose.

"We come and learn some Tongan cultural dances, and also learn other things to help us build up our knowledge of our Tonga culture.

"It's helped me be more confident with my culture, because most teens my age forget their foundation." 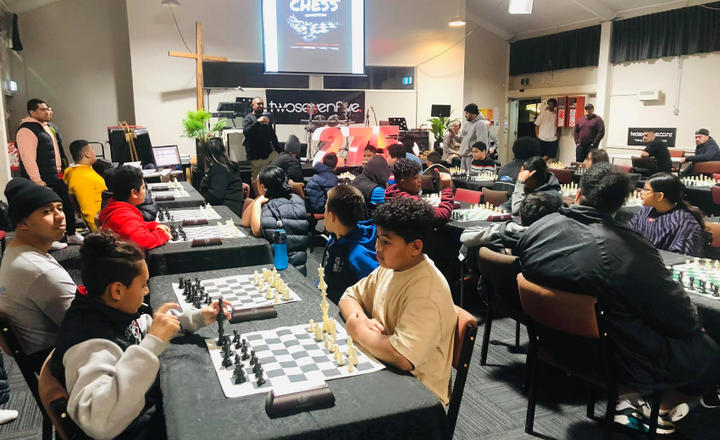 And Fakana'ana'a-ki-Fualu isn't the only one working against the insidious influence of gangs in South Auckland.

Fitz, who wishes to give only his first name, helps run the Twosevenfive barber shop in Māngere and was one of the organisers of the community hui that Counties-Manukau West area commander Matt Srhoj spoke at.

For the last few months his answer to South Auckland's issues has been chess, with funding from the Ōtara-Papatoetoe Local Board and Auckland Council.

"We've been getting 20 to 30 kids every Tuesday night at Whare Koa [a community house in Māngere].

"The purpose behind it is to give youth another lane to go down."

He says chess is the perfect game for engaging young people in something that has few cost or literacy hurdles but teaches better decision making.

"It's a good thinking game, and makes you realise that every move you do must be a calculated move, because every action has a reaction. So I believe it teaches you everything has a consequence.

He's also taking barbers into Youth Justice residences to give young people who have committed crimes a chance to learn a new skill.

"We're giving haircuts, seeing who's keen to learn and just sharing our core values around integrity, empathy, gratitude and optimism," he says.

"It's really about not letting any kids fall through the cracks. It's a big job, but it's up to all of us to connect, really." 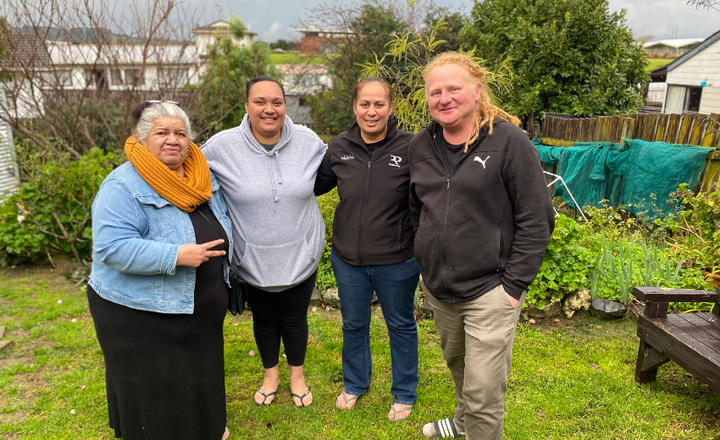 Creating connections is also important for a group of Manurewa mums trying to make their local streets safer for their kids.

Maria Haurua, Rose Ulfsby and Tere Hamilton have been working as street activators in the Manurewa suburb of Randwick Park, with funding from the Department of Internal Affairs, Ministry of Social Development, Foundation North and council.

The trio, led by Dave Tims from a local NGO called Urban Neighbours Of Hope started their work during the first Covid-19 lockdown and have been running street parties using bouncy castles and fun games as a way to break down the fear and suspicion many feel due to the presence of drug dealers and gangs.

"When we first moved here, there were three or four gangs on our street and we were one of those ones who kept to ourselves to keep safe," Haurua says.

"We didn't want to come out of our house and I told my kids, 'keep your head down and don't talk anyone'. But now people we're talking to each other, we're meeting our neighbours and it feels safer."

Hamilton says the biggest difference she's noticed is that her son isn't ashamed of his suburb any more.

"I knew something had changed when you see your kid find his place of belonging," she says.

"He calls himself an RP [Randwick Park] boy and it's so satisfying when I hear that he wants Randwick Park to be his home."

Tims says the area got a bad reputation after a liquor store owner was shot dead, but with this group of leaders, he can see a positive future for the community.

"There's now a dozen or so leaders who have found their place, they are doing small stuff on the street first and then they want to combine it to do something big. Who knows what it will be - but they'll be the ones to run it." 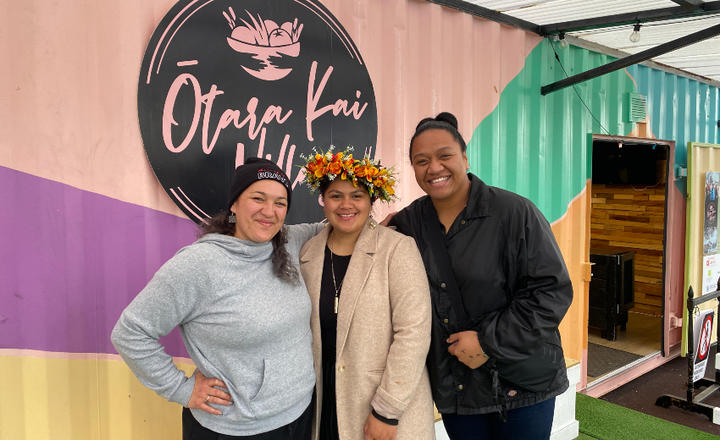 At the start of the year a turf war was playing out in Ōtara and a number of houses were shot up. Despite the area already having a number of community-wide initiatives going on, Community Builders NZ Trust director Terangi Parima says a key shift occurred when a number of local organisations realised they needed to work together more closely.

"When all the gun shootings happened in March we came up with an event called E Tū Ōtara.

"But instead of jumping up and down saying stop gun shooting, stop violence, it was more about building whānau, as that's really where it starts and through that event we started getting a lot more collaboration going."

One of the key initiatives to come out of it was the establishment of a community youth hub in the heart of Ōtara to connect disengaged youth with meaningful programmes.

"What they're looking for is a sense of belonging and instead of hanging out with their mates at the town centre, it's giving them something to do and some knowledge to hopefully guide them in the right direction."

As Fitz says, all these issues boil down to "being connected".

"If these kids feel connected, and we're connected to each other as a community, then we're all going to be on the same page and we will know what's best for our community."