A new $145 million Watercare water treatment plant in Tuakau will from tomorrow provide Auckland with up to 50 million litres of water a day from the Waikato River.

The facility is part of a $224m package approved by the Auckland Council last year to boost the city's water supply as part of its drought recovery response. 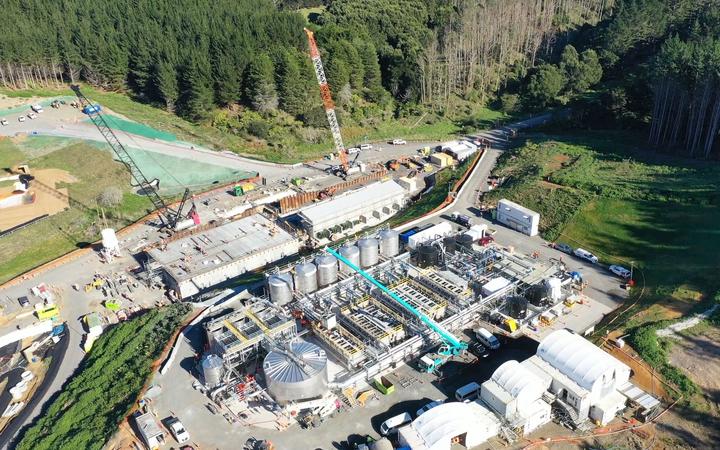 The Watercare project was delivered in collaboration with Beca, Fletcher Construction and Fulton Hogan.

It includes a new temporary water treatment plant and a pipeline from the Waikato River, as well as a pumping station.

Watercare chief executive Jon Lamonte said the new plant would provide a safety net for the city in case the weather was drier than forecasters predict.

"At the moment, forecasters are predicting a normally-wet winter and a slightly drier-than-normal spring. Our Waikato A plant provides a bit of extra security in the event the weather turns out to be much drier than predicted over a prolonged period," Lamonte said.

"The Waikato A plant has been on our agenda for more than a decade - part of our plan to meet Auckland's growing population - but we've brought the first stage of it forward in response to the drought."

Watercare planned to expand the Tuakau facility in stages to meet the city's population growth until it could treat up to 150 million litres of water a day, Lamonte said.

"To put that into perspective, it's significantly more water than we get from our five dams in the Waitākere Ranges combined."

The new temporary water treatment plant will take Watercare's daily take from the Waikato River to 225 million litres a day.

The Waikato River remained the best option to meet Auckland's water needs over the next two decades as the city's population and economy grew, Lamonte said .

"One of the clear benefits is it is more resilient to drought, which is very important given our climate is changing. The Waikato River has a catchment area spanning more than 14,000 square kilometres, whereas our dams in the Hūnua and Waitākere Ranges have a combined catchment of just 158 square kilometres. This means the river is a lot less reliant on rain falling in specific locations."

Watercare's longer term plan to take an additional 150 million litres a day from the Waikato River is still subject to a resource consent application which is currently before a Board of Inquiry with a decision expected by the end of the year.

If it gets the green light for the new take it will need to build a new permanent water treatment plant at Tuakau to help treat the 300 million litres a day it would be able to process from the river. 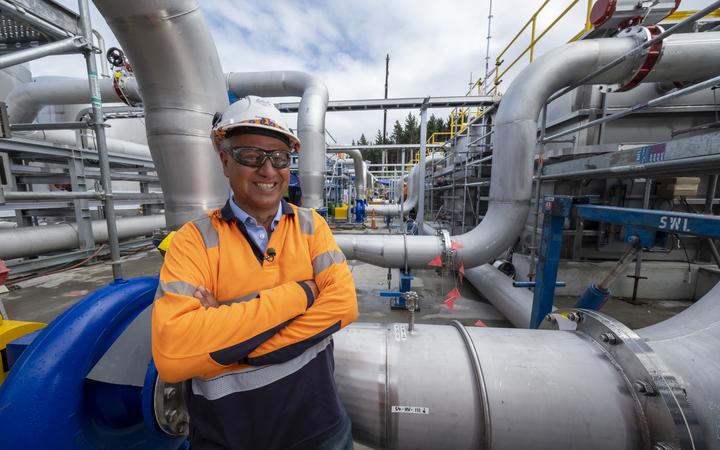 Watercare infrastructure projects manager Sven Harlos at the Tuakau water treatment plant in March when it was still under construction. It will go live on 14 July and be able to provide Auckland with an extra 50 million litres of water a day from the Waikato River. Photo: Supplied / Simon Runting via LDR

But not everyone is keen on Watercare's plans.

Hamilton City Council and Mayor Paula Southgate remain concerned with Watercare's application to take an additional 150 million litres a day from the river.

In a statement Southgate said Auckland needed to find new sources of water instead of relying on the Waikato for its supply.

"Watercare says that over the long-term, an alternative source of water will be needed to deal with Auckland's growth and that is most likely a desalination plant. What we haven't seen is a commitment to establish that alternative within a defined timeframe," she said.

"Whatever the alternative solution, we believe any consent must be conditional on Auckland making measurable progress towards that alternative and gradually reducing its reliance on the river."