Auckland Deputy Mayor Bill Cashmore says the city is locked in negotiations with Waka Kotahi over a $364 million funding shortfall for the supercity's transport services and infrastructure. 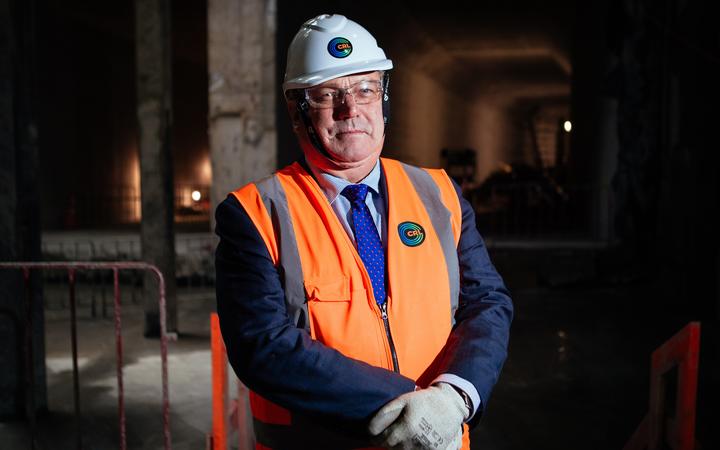 Cashmore said the shortfall mainly covered operational expenditure and could pose a threat to subsidies for public transport fares, operating and maintaining the city's rail network and roads and paying bus operators.

Councils were then notified on 31 May about how much they would be allocated for local road maintenance, public transport and road safety promotions.

Waka Kotahi has so far only offered $2.3b.

Auckland Council group chief financial officer Peter Gudsell said that was 6.5 percent less than what was expected over the next three years under the Auckland Transport Alignment Project (ATAP).

Cashmore said the debate over funding the supercity's roading and public transport was, unfortunately, an ongoing problem.

"There's always a bit of a fight [with Waka Kotahi] over funding and it just compounds the problem," he said.

Cashmore said the council needed long-term certainty over where the money was coming from, instead of an annual battle with the government agency over how much it had to allocate from the National Land Transport Fund.

Public transport patronage ws already down due to Covid-19 and it had an impact on revenue and it needed secure funding, he said.

"And it's not just us, it's other councils as well. But I'm quietly confident we will be able to get this resolved."

In March the government and Auckland Council announced the latest Auckland Transport Alignment Project (ATAP) budget which would see $31b invested over the next decade in critical transport infrastructure and services across the region.

That was based on the government committing $16.3b from the National Land Transport Fund, which Waka Kotahi administered, for ATAP.

A Waka Kotahi spokesperson said its funding was guided by the Government Policy Statement (GPS) on land transport.

"In most cases Waka Kotahi has not been able to fund programmes of work at the full amounts requested. However it is not correct to describe these allocations as 'cuts'."

The spokesperson said Auckland Council and Auckland Transport (AT) would receive an increase in funding compared to the previous 2018-21 NLTP, where it received $1.9b.

The agency's board was expected to confirm the final funding allocations in late August.

A spokesman for AT said it would continue to use ATAP and the 10 year Regional Land Transport Plan, which it helped to produce with KiwiRail and Waka Kotahi, for its planning and budgeting.