Too much heat makes transport fraught

The big budget for a new non-car harbour bridge in Auckland sparked a big 'bike-lash' in the media last week - and how we build and use our roads has become a huge wedge issue all around the country. Mediawatch asks a journalist dedicated to covering transport: do the deep divisions and inflamed opinions make it hard to report all this effectively? 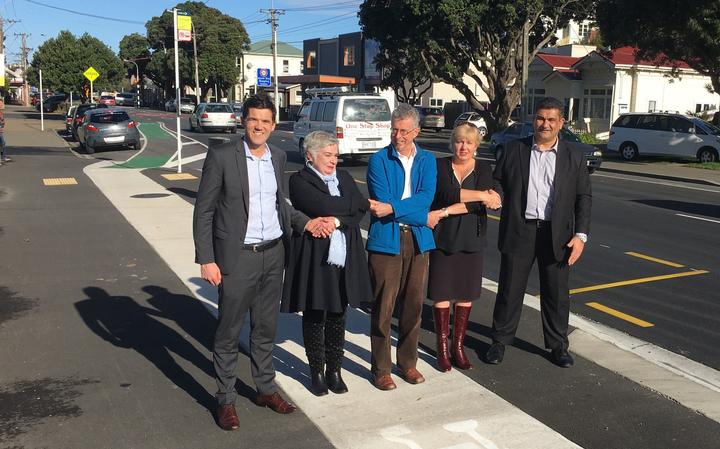 Over 47 percent of New Zealand's greenhouse gas emissions come from transport, which had increased 90 percent over the past 30 years, Wood said.

With that in mind, the government wants to spend almost $800 million on a new Auckland harbour crossing just for bikes and pedestrians  which would link to existing cycle paths.

Last week that was widely condemned by commentators as far too much for too little gain - and many confidently claimed the bridge would never be built.

The politicisation of pushbikes was already running hot in the media because of the occupation of Auckland Harbour Bridge the previous weekend.

One of the most strident critics of the cyclists is NewstalkZB’s Kerre McIvor. In a confusing column in last weekend’s Herald on Sunday - in which she also seemed to suggest the existing bridge for cars was fundamentally unsafe - McIvor said the cost of the proposed new bridge for bikes dwarfed the $30 million budget for a new bridge for flood-hit Ashburton.

“That would buy 26 bridges for Ashburton. They just want the one. I could certainly understand it if South Islanders felt like second-class citizens this week,” McIvor wrote.

“How can you announce this in the same week that Ashburton has its town cut in half, asks for a bridge and you don't say yes? You could build 26 bridges for Ashburton for the cost of this cycling path,” du Plessis Allan said.

But while both plans involve new bridges they are very different projects - and a second bridge into Ashburton is not off the table because of commitments to a bikeable new Auckland Harbour bridge.

The government's Provincial Growth Fund recently shelled out nearly $100,000 to develop a business case for a second bridge into Ashburton as an option in the Canterbury Regional Land Transport Plan which estimates a second bridge would cost around $30m and another million for land.

But it’s not the government’s fault it hasn’t had a green light - whatever the actual cost might be.

Meanwhile some ratepayers, according to Stuff, reckon even a 20 percent local contribution is too high and the whole thing should be paid for by the central government.

Last month Ashburton’s mayor told Stuff his council has yet to officially ask Waka Kotahi for the money to build the new bridge.

But none of that was mentioned by Newstalk ZB hosts hitting out at the government’s “skewed priorities” for bridges on air and in the Herald on Sunday.

“The government will face criticism now, but it’s bet that could pay off long term. Getting most people to move with the times will take constant explaining, cajoling, incentives and investments,” the Herald said.

(Indeed it will  - especially in the face of strident scepticism from Newstalk ZB hosts amplified by the Herald itself).

That  same day callers to Newstalk ZB called for cyclists to be removed from some Auckland roads, to be tolled for using others and forced to pay ACC levies.

When host Tim Beveridge told caller Colin (who said he owns three motorbikes, three cars, a motor-home and a truck and trailer) it would be harsh to levy kids riding a bike to school, Colin suggested fees based on wheel sizes could reduce the cost for children.

Another caller - John - said there was only one way to make errant cyclists accountable - photographing them.

When Tim Beveridge said it would be illegal to use a camera while driving, John  said he recommended accelerating ahead of  cyclists before pulling over to take their picture front on.

Making sense of the conflicts 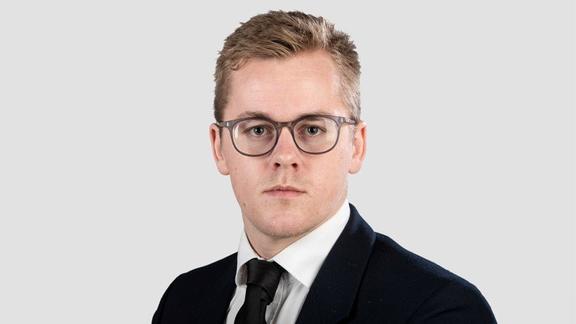 He's rarely searching for a story on his beat. This week the under-fire mayor floating the idea of congestion charging for cars and he reported cancelled bus services had hit peaks higher than during the 'bustastrophe' that crippled the system two years ago.

But he says cycling is the urban transport issue that's become the most fraught in communities and in the City Council.

“The reaction is always strong - and it’s getting increasingly strong on both sides with cycling. We saw a more aggressive ‘anti-cycleways’ push first  - but now there is there is equal frustration on the other side from cycling enthusiasts, as well as climate activists and urbanists who want to see change in their cities and towns and are getting frustrated that the change they want is not happening,“ he said.

“It’s tribal. People identify as a driver or a cyclist - and there aren’t that many cyclists in New Zealand. People often think of cyclists as enthusiasts doing it for sport and recreation,“ he said.

“And with every piece of climate reporting, some people feel like they’re being asked to change their ways  - and people like driving because it’s convenient. But any transport network in a city needs to work with a number of options,” MacManus said.

While transport conflicts make headlines, the changing patterns of how we use transport do not.

Stats NZ’s Household Economic Survey data shows the habit of taking cars for short trips (less than 2km) as a passenger or driver - is entrenched.

“That’s the big goal and an easy lever to pull for climate change. That’s the low-hanging fruit. If you can convert more of those small trips to cycling or e-bikes that’s a huge amount of transport emissions in this country,“ he said.

Joel MacManus said it is not well understood that transport is also a gender issue. While critics and media stereotype cyclists as male and older, there’s a reason.

“You can look at the split of people cycling and it tells you a lot about how safe it is. You have a certain small group of people who will bike regardless - and it is heavily male. In cities that have safe paths you see it’s much closer to a 50-50 split.”

He cited a 2014 survey in Wellington showing a group of highly active cyclists prepared to ride no matter what - and it was overwhelmingly male.

“The people who said they would cycle if it was safer are exactly the people who aren’t cycling now,“ MacManus said.

“There’s a saying in the newsroom that you’re not a transport reporter at the Dominion Post until you have your first Transmission Gully front page – and it’s been going for more than a decade now,” he said.

“But cycleways are the ones where I get the most accusations of bias – and when it’s coming from both sides it’s probably a good sign as a reporter.

“People are really heated about the issue, but at the same time the fact that it’s a story people are engaged with means people are more likely to read and learn things about the topic,” he said.

Wellington City Council recently voted to fast-track cycleways across the city, approving a plan it had initially rejected as too costly.

“The 70km of cycling network still has to be built  - and when every single one of them goes in  there’ll be debate in each street and community. This will happen in places all over in New Zealand as people realise they need to change the transport systems,” he said.