Grazing horses in Ōpōtiki could be banned as police and council staff are overwhelmed with the numbers roaming the streets. 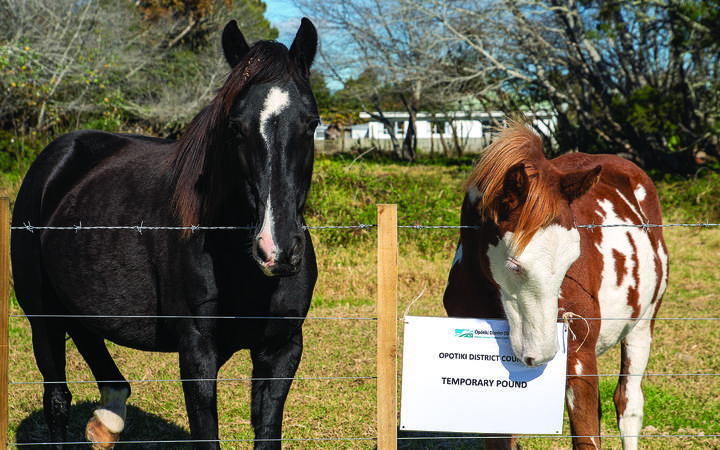 Grazing a horse in Ōpōtiki could soon become a privilege not a right as the council moves to consult with the public on a total ban. Photo: Whakatāne Beacon / Troy Baker

They will now seek public feedback on a proposal to completely ban horses from the township and to hire and train addition animal control staff to respond to the high number of horse-related callouts.

More staff and training will cost the Ōpōtiki community $200,000 a year.

The decision to deal with horses this way caused much debate between councillors. 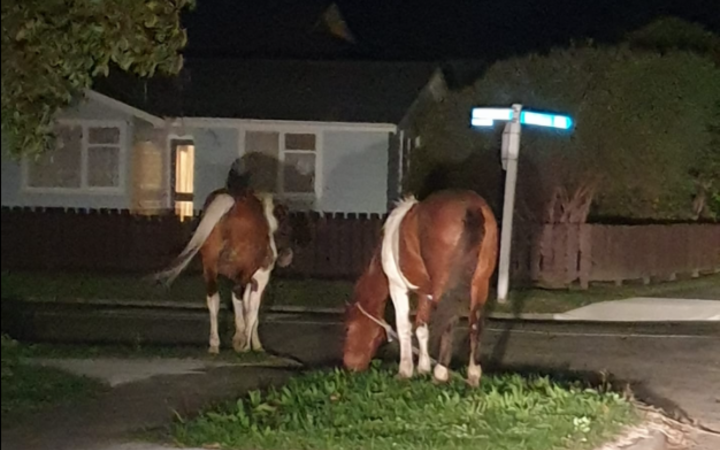 These two horses broke free from their tethers and were spotted roaming on Ōpōtiki's residential Union Street. Photo: Supplied

Planning and regulatory group manager Gerard McCormack said the sheer number of horses roaming Ōpōtiki's urban streets had got out of control and neither police nor the council had the resources to deal with them.

The roaming horses were a safety issue as they could cause traffic crashes, injure people on the street, and damage fences and gardens. Horses grazing on stopbanks could cause damage that might result in the stopbanks failing during an extreme weather event.

In late 2020 the council introduced measures such as banning stallions from the town and forming a register of horses, but these had failed to manage the horses, McCormack said.

Training animal control staff to deal with horses was essential because the council would be liable if any untrained staff were "crushed or kicked" when trying to wrangle a horse, he said.

It would also be liable if a horse escaped or was set free from a council paddock and caused death or injury in a car crash.

Despite stallions being banned, there were still a lot of them in town and they were dangerous, McCormack said.

"We've tried putting the responsibility on horse owners but they're not taking notice because the problem is getting worse.

"They're not our horses, people need to take responsibility for them." 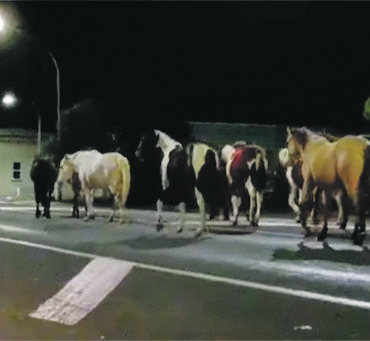 Councillor Barry Howe was opposed to council making any decision on the day as he felt it needed to workshop the issue further.

The council could rent land at the end of Church Street to horse owners and the additional $200,000 a year was too much for ratepayers, Howe said.

"We should have a public meeting and put the onus on the horse owners.

"They might be able to come up with a solution themselves. I don't want to ban horses from town; they are good recreation for our youth."

Councillor Louis Rapihana also did not agree with banning horses from the town but said the council should approve the additional animal control budget immediately.

"The horse problem is not going away, and we need the staff with the skills to deal with it, otherwise we will be left with horses on our streets," Rapihana said.

"I'm prepared to pay for the safety of our staff and public. Our current staff don't have the skills to deal with the current issue we have ... they can't catch them so unless we want to go catch them ourselves."

Councillor David Moore was concerned by the impact the horses were having on the town's stopbanks and said there was a possibility the stopbanks could be breached similar to what happened in Edgecumbe.

However, he was not sold on the additional animal control staff and said change needed to be led by the horse community.

Councillor Debi Hocart said she was concerned about the additional cost to ratepayers but noted that it was horse owners' responsibility to ensure their horses were under control.

"If they have nowhere to graze them, then why have they got them?" she said.

Chief executive Aileen Lawrie said if the council's default position was to ban horses when it went out to public consultation it would put the onus on horse owners to prove they could manage them.

If horses were to be banned from the Ōpōtiki township they could still be brought into town to ride the horse trail. They would be banned from grazing in the town.