If there's one message Tanirau Manawaiti stands for, it's that having a say in local and national government decisions shouldn't be taken for granted.

"It's democracy. If we don't participate in that, why have one?" 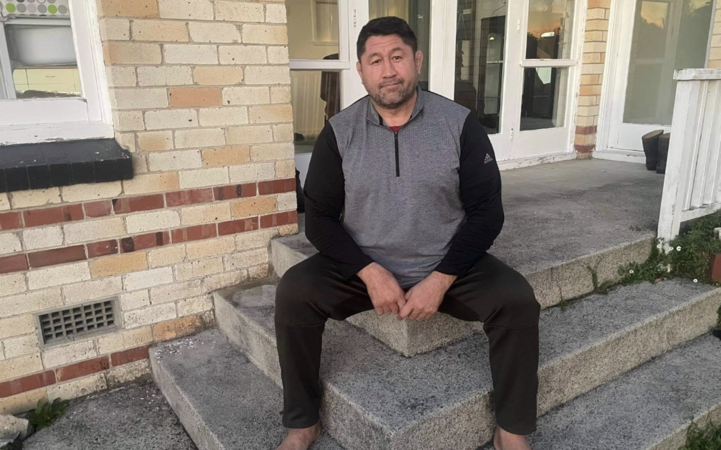 Tanirau Manawaiti at his home in Te Kūiti where he invites whānau and friends for a kōrero on local democracy. Photo: Supplied

Manawaiti, of Ngāti Rora and Ngāti Maniapoto, is on a journey to put those values into practice.

The 47-year-old bought his grandparents' house in Te Kūiti when he was 21, and later their farm, and has been paying rates ever since. But he's never once voted - not in local government elections and not in the general election.

The former professional rugby player, who is now studying a Bachelor of Technology (Science), puts his apathy down to laziness, but says during last year's Covid-19 lockdown he became concerned for his community as jobs were lost in the pandemic, and rates went up.

So as co-chairperson of the new Waitomo Ratepayers and Residents Collective he set up "Friday kōrero".

In the weekly Facebook video Manawaiti imparts some wisdom about his own experiences and encourages viewers to visit his home for a cuppa and some banana cake to discuss how they might participate and affect change - if that's what they want - in local government decisions.

It follows in the footsteps of his grandparents Eddie and Betty Manawaiti, who raised Manawaiti and died when he was a teenager.

They were staunch supporters of "Uncle" Koro Wētere and the Labour Party and Betty was a Justice of the Peace who volunteered at every election. They were also actively involved at the Pā, Te Tokanganui-a-Noho Marae in Te Kūiti.

After just three videos, Manawaiti's had up to a dozen people a week visit him, with one elderly person armed with the information needed to make a submission to Waitomo District Council's Long-Term Plan for a safe dog park.

Manawaiti says it's not for him to tell people they should vote, who to vote for, or what projects to support. He simply wants to promote community kōrero.

"What I'm trying to do firstly is educate myself and follow through as an example for others. Be active in the process and then provide the platform for others to decide."

He has hosted workshops on how to submit on council decisions and says his messages are not solely aimed at Māori, but all ethnicities and cultural identities that make up the community he is passionate about.

"I'm here to protect the democratic process, giving people the information to participate in the process and make up their own minds."

And as for next year's local body elections, Manawaiti plans to vote.