A Gisborne football club has kicked back at a proposal to revamp sports in Tairāwhiti that would see them booted off their pitch and put into shared facilities with other clubs. 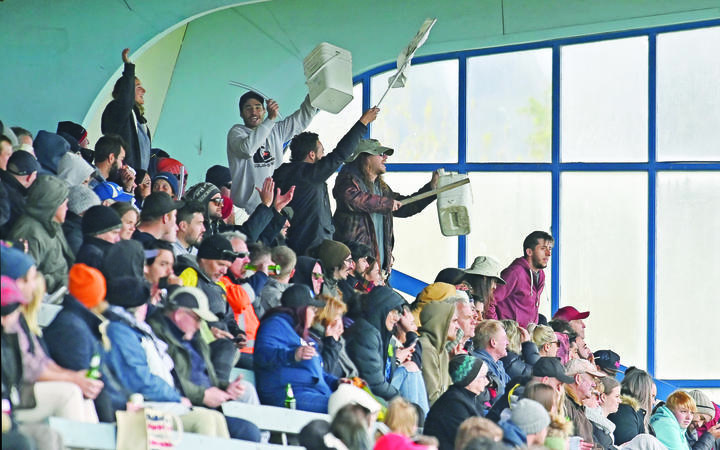 Thistle fans in the stand at Childers Road Reserve take to their feet to cheer on their players. Photo: Liam Clayton/ The Gisborne Herald/ LDR

Gisborne Thistle Association Football Club fear they will "lose their identity" through a proposed $150 million revamp of sports facilities across the region that would create four "hubs" shared by multiple clubs and codes.

Thistle also said the first time the club committee sat down with project leaders was after the business case was made public, despite its pitch and clubrooms on Childers Rd Reserve being the preferred location for an indoor sport and recreation hub.

But one of the partners leading the project, Sports Gisborne Tairāwhiti, said its proposal was put to Thistle committee members in August last year.

Sports Gisborne Tairāwhiti chief executive Stefan Pishief acknowledged communication with Thistle could have been improved and they were listening and doing their best to mitigate the club's concerns.

"We deserve to not lose the facilities that we've helped create at Childers Rd Reserve and believe the club being moved to an outdoor sports hub is a downgrade on what we have at present."

Thistle was founded in 1924 and had expanded from six teams last season to nine teams this season with men's, women's and a youth and under-11 team, the club's written submission said.

Their first team had been promoted to Central Football Federation League and travelled to Taranaki, Manawatū and Hawke's Bay.

The club also had aspirations to be promoted to the National Conference League within five years.

For Thistle to receive its club licence, which is needed to play in the Federation League, it needed to meet criteria such as fully-fenced pitches, scoreboards, and a stand.

If they were to move, Baple said they required a fit-for-purpose sports stadium, including a playing surface for an elite football club, two changing rooms, a referees' room and their own clubrooms for functions after matches.

"We feel this hasn't been looked at with the outdoor hub."

Baple said they feared a loss of identity, membership and revenue as a result of the hubs proposal.

The project is a joint venture by Sport Gisborne Tairāwhiti, Trust Tairāwhiti and Gisborne District Council who have partnered to "reinvigorate" the region's sport and recreation facilities.

They will put a business case to central government asking for $150 million in funding over the next 10 years.

Pishief said there was a conversation with Thistle last year, where they talked through the possibility of the club moving from Childers Rd to a wider sports hub.

However, subsequent consultation meetings with the Tairāwhiti Sports Collective on the hub proposal were attended by code representatives, not by each club.

Thistle was also invited to a meeting on the short-listed options for the sports hubs in September 2020, along with Central Football, Pishief said.

"From this, we need to look at the level of communication flow between the governing body and the clubs," Pishief said.

"No communication wouldn't be correct, but I would acknowledge that the level of communication could have been improved. But we're certainly hearing their concerns and want to mitigate any concerns they may have."

With a large-scale consultation process such as this, there was always the possibility that the level of communication could have varied across codes and clubs, Pishief said.

"This is a large, complex piece of work, it is constantly evolving. There have been stops and starts. 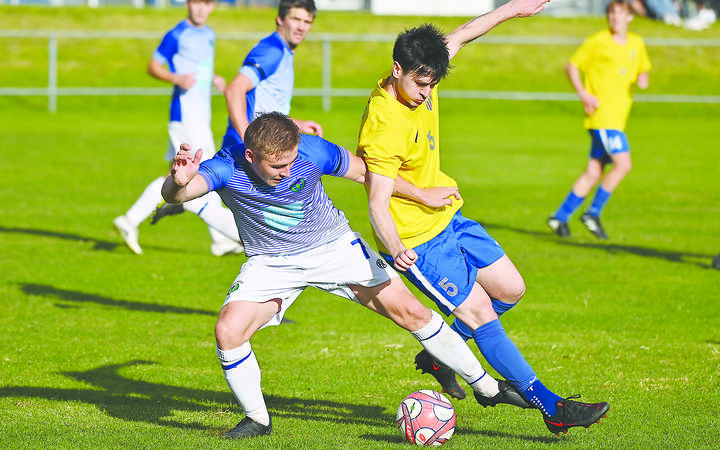 "The endeavour is to have the best communication possible. It is possible that some clubs may have slipped through the gaps but the endeavour is always to try to rectify any issues that arise.

"There is no denying that the proposal to build a multi-purpose indoor hub at Childers Road will have a significant impact upon the Gisborne Thistle Football Club.

"We commend the club for their future aspirations, and we understand their concerns about a potential shift in location.

"There will never be a perfect solution when building multi-purpose hubs, and some compromises will always have to be made.

"However, it is important for Tairāwhiti that we find the best possible scenario and submit our business case to central government soon for support in building the quality facilities that our community desperately needs and deserves."

Pishief also submitted to councillors at Long-Term Plan hearings on Thursday, and said they were yet to put the "audacious" funding bid to central government.

They were incorporating feedback from Sport New Zealand and the community into the business case and were working through conversations with some community members and clubs such as Thistle.

Pishief hoped the business case would be submitted in the next couple of months.

Councillor Shannon Dowsing, who is chairman of Thistle, stood alongside club members as they presented to the council.

He told councillors consultation was conducted through their governing body, Central Football, which wasn't based in Gisborne.

"The only time that we've been visited around this strategy as a committee was two months ago, so after the strategy coming to public, and that was on request of the committee.

"We haven't been directly consulted at a committee level around the hub concept," he said.

Cr Dowsing later clarified that individual committee members had been approached about the concept but that did not involve the full committee.

"It wasn't a meeting that enabled our members to get involved. There were some conversations with senior committee members of the club. That's good enough for sense checking, or getting a feeling from those individuals, but it doesn't allow our membership to express themselves and get their passionate voices across," he said.

The case recommends an indoor and court hub on Childers Rd Reserve, an outdoor and field hub at Gisborne Golf Park, a river sports hub at Anzac Park and Marina Reserve, and an East Coast regional hub at Whakarua Park in Ruatoria.

In December, leaders on the project said they would brief local MP Kiri Allan and relevant government agencies in January, before submitting the business case to central government.