Trevor Wilson is calling for the Auckland Council to take action against bottle stores in South Auckland that continually flout its bylaw with signs advertising liquor in the community. 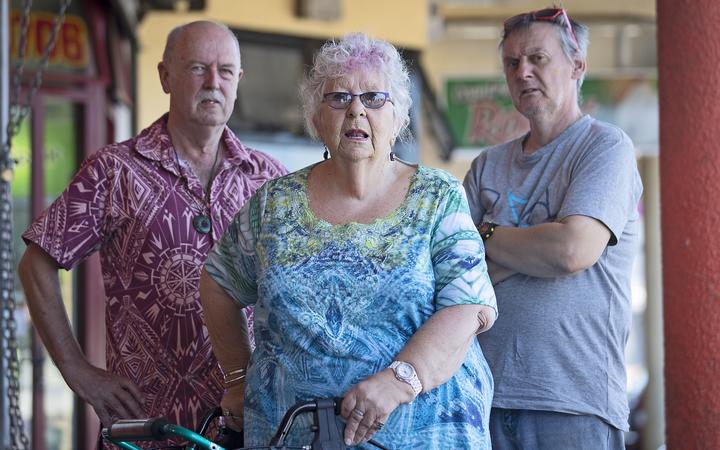 Wilson is a member of the pressure group Auckland Communities Against Alcohol Harm (CAAH).

The Auckland Council's 2015 signage bylaw controls the signs that can be displayed at shops and other businesses. It limits the number, size, coverage, and placement of them, including window signs and sandwich boards.

While there are different rules for signs in town centres and industrial areas, there is no distinction made for bottle stores and liquor outlets. Something Wilson and CAAH want to see change.

Last week Wilson filed a complaint with Auckland Council about Rowandale Liquor in Manurewa. He said the store's signs are excessive and in breach of the bylaw.

Wilson said he has contacted the council on numerous occasions about bottle stores in South Auckland that are flagrantly breaching the bylaw. 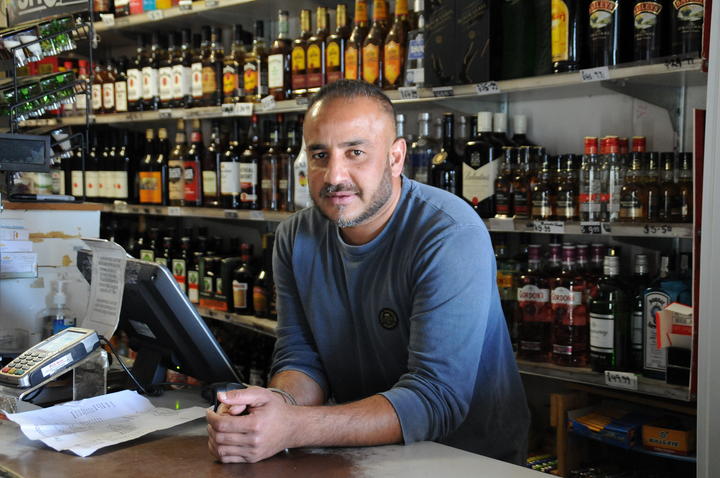 Gurmal Singh said he was not aware of the bylaw and the sign has been in place for more than nine years. Photo: LDR / Supplied

Gurmal Singh is the manager of Manurewa's Rowandale Liquor. He said a council inspector came and asked him to take down the sign off the roof of the store on Tuesday.

He said he does not have a problem complying with the council's regulations, but said he was not even aware of the signage bylaw.

"Why are they picking on us? There's liquor advertising everywhere these days," Singh said. "I think they think we're an easy target."

He said the sign has been in place for over nine years and he does not know what removing it from the store's roof will achieve.

"Like I said to the guy from the council, what's that going to change? This shop's been here for 22 years and we've got a lot of loyal customers."

But Auckland Manukau ward councillor Efeso Collins shares Wilson's concerns and said he feels dismayed at the way liquor stores in South Auckland continue to push the limits with their signs.

He said many liquor chains have also taken to using bright colour schemes to paint their stores which fall outside the scope of the council's bylaw.

"Children and young people in my ward are exposed to these bottle stores on the way to school, to the local shops and sports practice," Collins said. "They're everywhere and constantly in our faces. For my community these shops represent hopelessness and despair." 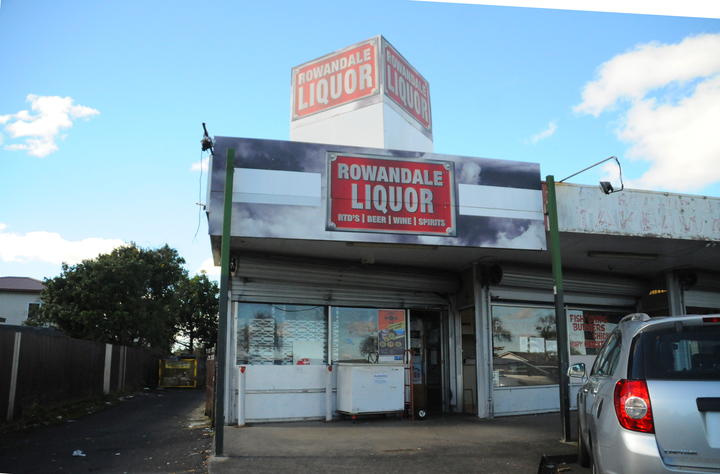 Manurewa's Rowandale Liquor which has been the subject of a complaint over an alleged breach of the Auckland Council's sign regulations. Photo: LDR / Supplied

The council's regulatory committee voted last year for a new bylaw more in keeping with the Auckland Unitary Plan and to take more enforcement action against businesses flouting the regulations.

Alcohol Healthwatch carried out its own study looking at bottle stores in the Ōtara-Papatoetoe area in 2019.

The Ministry of Health funded organisation found 97 percent of the bottle stores in the Ōtara-Papatoetoe area were in breach of the bylaw.

"We know that alcohol signage is quite harmful and there is a causal link between alcohol marketing and youth drinking," health promotion advisor Nathan Cowie said.

"And for those who are already drinking it has a causal effect in making them drink more.

"We have been advocating for a better signage bylaw that provides communities more protection from alcohol marketing."

He said it is important that those businesses flouting the regulations are held to account. But Cowie said to date there has not been a lot of enforcement.

Auckland Council team leader compliance response south Dirk Timp confirmed it had received a complaint about Manurewa's Rowandale Liquor. He said a compliance officer is now assessing the evidence to see whether it is breaching the signage bylaw.

"If the signs do not comply, staff will talk to the store owner, and try to work with him to make sure he changes them to fit in with the regulations."