The Featherston Phoenix newsletter celebrates its silver jubilee this month. 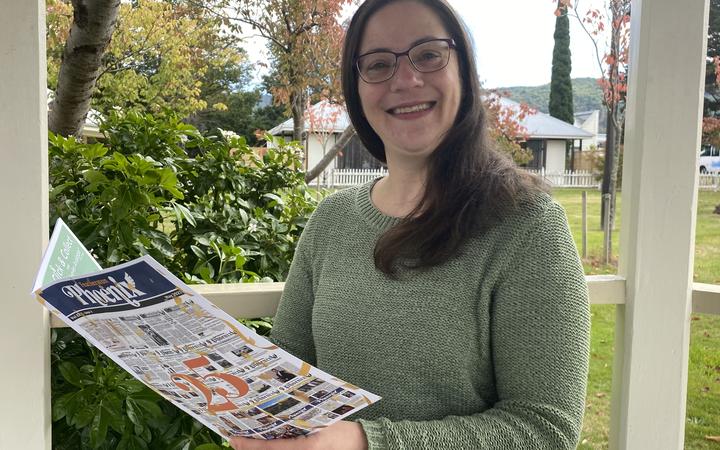 Annelise Schroeder, editor of the Featherston Phoenix newspaper, with the May 2021 edition of the magazine.

The monthly magazine first hit local letterboxes in May 1996 and has been a mainstay of the South Wairarapa ward ever since.

Ray Weighell, a former advertising manager with Wellington's daily newspapers, put together the first edition with backing from the town's community board and business association.

Weighell, who owned a farm near the town, continued to publish every month until he died in 2018.

Town resident Annelise Schroeder picked up the baton and has overseen the paper's 25th anniversary. The only months missed were around Weighell's illness and during last year's Covid-19 lockdown.

Schroeder led a small team, primarily made up of other volunteers, who designed, printed and distributed it.

She said the fact the Phoenix had reached a quarter-century told her "we're on the right track".

"Ray [Weighell] was the most significant contributor, and his name will always be associated with the birth and the first two decades of the Phoenix.

"I know that over the years, he was assisted by others, including Ian Miles and Brian Lovett."

She said feedback from readers, such as seeing their kids in the paper, "made a lot of hours of work worth it".

"When you consider how long the Phoenix has been part of Featherston life, I reckon that shows it means a lot to this town.

"Especially for those who are not online, the calendar, timetable and articles keep people in touch with what's happening and help them to be engaged and involved.

"I know the Phoenix would be missed if it disappeared."

"A very localised information source not covered by larger newspapers, but also with the content being useful, informed and balanced, unlike some social media.

"The printed format for activities, events, advertising, club information and social comment is important for many in our community.

"I think it's quite sophisticated for a small community newspaper.

"But it's always been a really good vehicle for sharing information that is aimed towards Featherston, rather than the wider population. It is serving a strong need."

"For many people in our community, it is the main or single source of information for local events and issues.

"This was demonstrated particularly during the Covid-19 pandemic this year, which wreaked havoc on all events and livelihoods.

"The Phoenix played a core role in aligning community schedules and expectations and picking up the spirits of our town.

"It is an indispensable part of our community landscape."

The May 2021 edition of the Phoenix is available online or at Featherston's library.