Port workers around New Zealand who may be handling international goods are declining the Covid-19 vaccine, according to a Gisborne health boss.

From midnight tonight all managed isolation and quarantine workers must be vaccinated.

Stevedores are employed to load and unload container ships at ports around the country.

In the week starting 27 February, when Gisborne started its border worker vaccine roll-out, only four of 40 stevedores were vaccinated, the region's district health board was told this week. 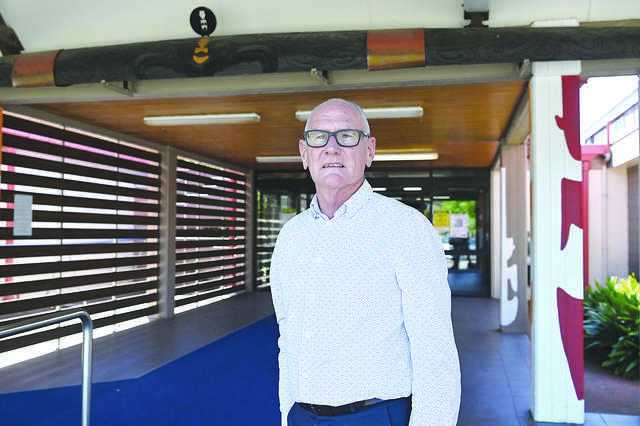 Jim Green said they were happy with the level of detail provided in the national Covid-19 Immunisation Register, despite the DHB not knowing how many border workers remain unvaccinated. Photo: Paul Rickard / The Gisborne Herald / LDR

Hauora Tairāwhiti district health board chief executive Jim Green said more of those workers were vaccinated since, but he was "not exactly sure" how many.

Those that had so far denied the vaccine said it was their "human right" to refuse, while others just did not think it was necessary.

Green said stevedores and most other maritime border workers in the region were tested for Covid-19 every 14 days, and this, combined with Tairāwhiti being a "low risk border", meant there was "minimal opportunity" for the coronavirus to enter.

Most ships arriving in Gisborne's port had been at sea for longer than 14 days or came from places with no local spread, he said.

Hauora Tairāwhiti medical officer of health Dr Osman David Mansoor said the low uptake of the vaccine among stevedores was "a bit of a concern", prompting him to write to Director-General of Health Ashley Bloomfield on 23 April. 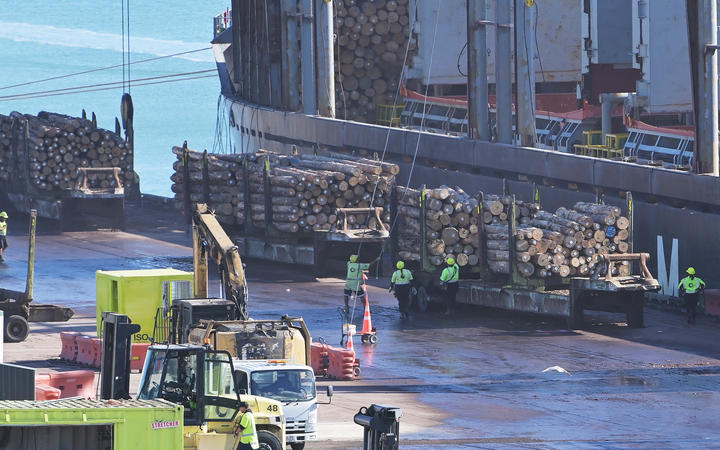 Only four of 40 stevedores were vaccinated against Covid-19 in the first week of the Gisborne border rollout, but the DHB says more have been vaccinated since. Photo: Gisborne Herald / Liam Clayton / LDR

He asked Bloomfield whether vaccination of border workers should be the main defence against the virus, rather than regular testing.

"It might encourage people to have the vaccine if they knew they wouldn't be swabbed," Mansoor said at the DHB's meeting on Tuesday.

"I haven't seen any data, but I understand this situation with stevedores is not a local issue, it's a national one, but again I haven't seen any actual data, just getting reports that that's the group across the nation that's got low coverage," Mansoor said.

As a "remediation strategy" they had offered the vaccine to household contacts, and "those around" the stevedores, he said.

The Ministry of Health is considering Dr Mansoor's comments and will respond in due course. 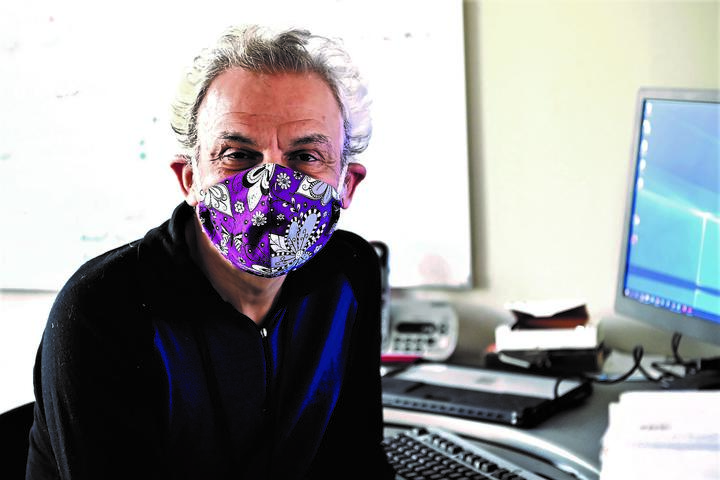 Ministry of Transport policy manager Brent Johnston said while vaccination was not a legal requirement for stevedores, the government wanted to ensure all workers had every possible measure in place to protect people, communities and workplaces from Covid-19.

"We strongly encourage stevedores and other workers carrying out high risk roles at maritime ports to be vaccinated.

"Advice around how to maximise the uptake of vaccinations amongst the wider border workforce is being prepared.

"This will include options to expand the scope of the Health Order to include non-government workers carrying out specified high-risk work at the aviation and maritime borders."

The Ministry of Transport was currently preparing this advice in conjunction with a range of other government agencies, Johnston said.

Mansoor said another challenge during the rollout of the vaccine was the Covid-19 Immunisation Register (CIR) not being "fully functional".

"We actually don't have that precise coverage data on the port workers or the health workers."

When asked at the meeting what proportion of stevedores in Gisborne had been vaccinated, Mansoor said he could not provide precise figures.

Mansoor said the two main reasons he had heard from stevedores not getting the vaccine was that "they don't need it", because they didn't believe Covid-19 was serious, and that they didn't know the long-term impacts of the vaccine.

"It is a matter of personal choice obviously, but obviously it works only as well as we can get the whole community protected.

"So that's always going to be a challenge for us and how we can move forward in that space given there seems to be substantial concerns."

Hauora Tairāwhiti board member Tony Robinson called the lack of coverage data on stevedores "an Achilles heel", saying in his view, it was the "riskiest entry point" for the virus into the region. 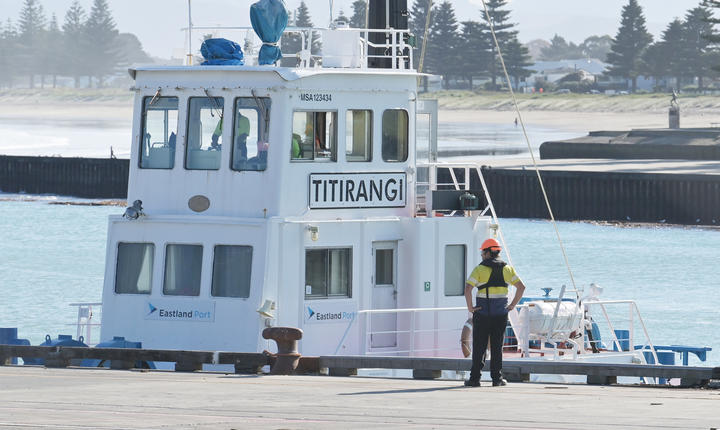 Stevedores travel to ports around the country loading and unloading cargo from ships. Photo: Liam Clayton / The Gisborne Herald / LDR

A man who works in Gisborne's shipping industry, who had received both doses of the vaccine, said he had questioned colleagues on why they did not want to be vaccinated.

"The ones I've spoken to have said it's not compulsory and it's their human right to say no.

"They feel if they don't want to have it, then they shouldn't have it.

He believed "a lot" of workers within stevedoring were hesitant to be vaccinated.

"Some of them are saying there's not enough information. I totally disagree there."

However, he believed the public had the wrong impression of shipping, and it was "not the danger".

"These ships in particular are coming from China, 20 days, they're sitting out at anchor here for up to 10 days, the quarantine period is 14 days. They're having up to 30 days of quarantine.

"These ships are super safe."

Ships that were a greater risk were those coming from Australia, and places where the travel time was less than 14 days, he said.

Describing the work of stevedores, he said they loaded and unloaded container ships: fertiliser, kiwifruit, logs - "the whole lot", and said they often travelled from port to port around the country, filling in where work was needed.

Tairāwhiti did not know the exact number of border workers in the region, or the number of their household contacts.

Green said this was "not a concern" and Tairāwhiti was "happy with the detail recorded in the CIR".

In late February, Tairāwhiti estimated the number of border workers and household members as 300.

ISO Ltd is the only stevedore operator in Gisborne, and also works in 13 other ports around the country. ISO declined to comment.

The Ministry of Health gave the following response regarding the Covid-19 Immunisation Register:

"The Ministry of Health maintains a database of every person who has received a Covid-19 vaccination.

"At the point of vaccination, the database will capture where each person is placed with respect to the Sequencing Framework - this includes whether they are a border worker or a household contact of a border worker, but does not include any additional information regarding the border worker's employer or job description (or that of the worker within the household).

"The Ministry of Health and MBIE [Ministry of Business, Innovation and Employment] have worked together with employers to identify the workforce that is eligible for receiving a vaccination, and to contact them with an invitation to present to a clinic."