Disillusioned Tūhoe are marching against their own after years of growing tension between hapū and tribal leadership. 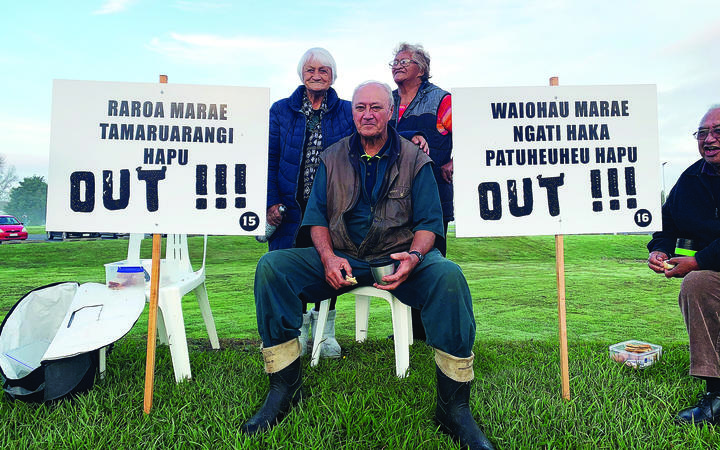 Murmurings of dissent within the Tūhoe nation have grown to a roar and, on Friday, kaumatua and close to 50 supporters protested outside the iwi headquarters in Tāneatua.

Anger at leadership decisions has seen some hapū pull away from the iwi's governing authority Te Uru Taumatua (TUT).

Paki Nikora of Te Kaunihera Kaumatua o Tūhoe, a group of Tūhoe kaumatua who have opposed TUT leadership for many years, said things came to a head when leadership attempted to block hapū from accessing Provincial Growth Fund pūtea to upgrade and renovate marae.

Those hapū which left the tribal authority have since received letters stating that they are welcome to return anytime but, in the meantime, would be unable to access many resources.

This included education grants, marae assistance such as insurance, hunting licences, fish and tents for tangihanga, and they would have no say in board appointments or management of their river and forest.

Nikora said it was confiscation all over again.

"What makes it worse is, it's confiscation of our own," he said.

"That makes it worse than the first-time around." 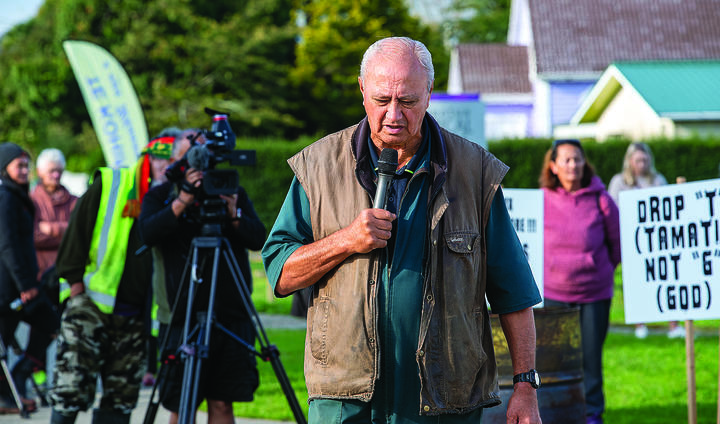 Te Kaunihera have been attempting for many years through the courts to have a review of the Tūhoe Trust deed and to have an independent agency oversee the next elections to ensure they are free of corruption, Nikora said.

However, court action has so far been ineffective and that is why the protest was organised.

"The short story is, we are stuck in a dictatorship that we have been trying to address since settlement," Nikora said.

"We want the leadership to change. We want this protest to ring bells in Parliament and the legal fraternity to say, 'come on, we are in trouble here'. We need an independent election. Every AGM has been a crook process, they want us to sit there and nod our heads like puppets." 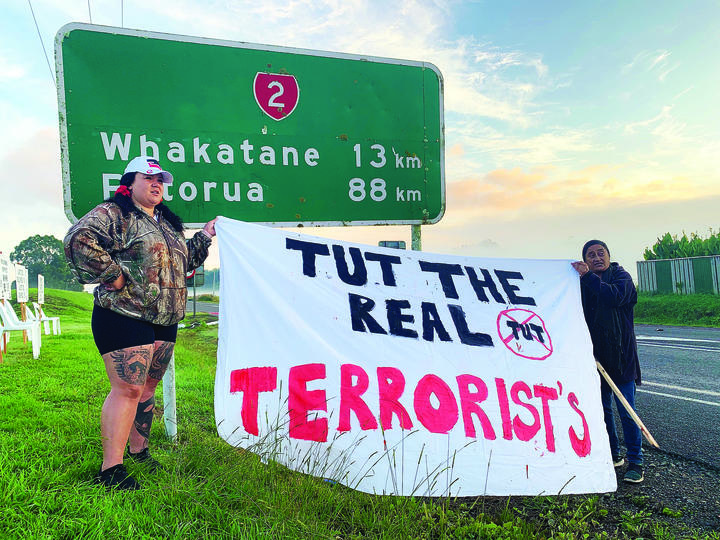 Ruatoki kuia Te Waiarani Harawira said her hapū had been told it was too "Pākehā" in its dealings and after that had not returned to any tribal meetings.

"It's very hard to work with the current leadership. There is no desire to discuss or collaborate. It is a dictatorship," she said.

"There has been no effort on their part to come to a resolution or to meet with our hapū to discuss the issue."

Harawira rejects TUT's stance that it can stop hapū from having a say in the management of their own river and forest.

Another Ruatoki kuia Heni Davis-Teepa said Tūhoe's internal conflict was causing friction and division between whānau and hapū and that hurt.

Several of the picket signs at the protest bore the names of hapū and marae that had left the tribal authority. Some called out specific leaders and others said TUT "sucked" and described the authority as "terrorists".

Some others called out the Whakatāne District and Bay of Plenty Regional councils for only consulting with TUT and not going out to the wider iwi. 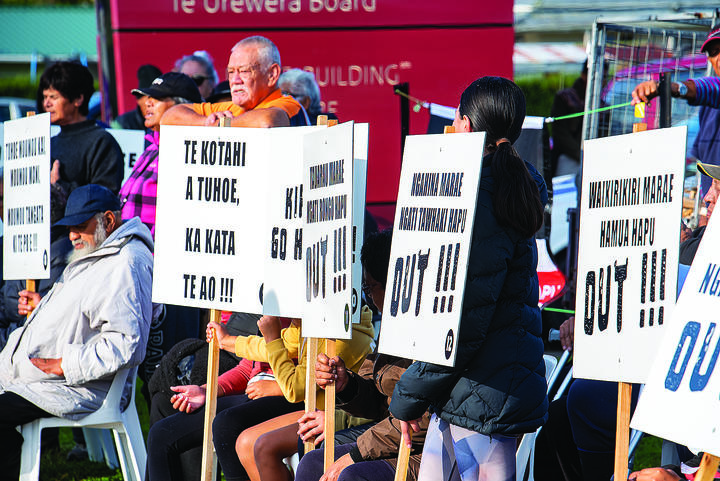 Ihaka (Chas) Te Whetu, also of Te Kaunihera, said he was very pleased with how many people turned out for the protest.

"It's sobering our so-called leaders keep behaving the way they are, but we aren't going to go away," Te Whetu said.

"The turn-out has been fantastic so I think they (the leadership) will get the message, but I don't think they'll accept it. If they were for everyone then we wouldn't be here today, but our ultimate aim is for them to go."

The support for those protesting was clear in Tāneatua with many trucks and cars passing the group tooting and cheering in support.

The protest comes after some Tūhoe hapū met in Whakatāne late last year to declare a vote of no confidence in the tribal leadership.