An East Coast iwi health provider is welcoming the government's "futuristic" overhaul of the health system and recognition that the system has not worked for Māori.

Meanwhile, district health board Hauora Tairāwhiti has reassured the community that health services will continue as "significant changes" over the next three years result in its organisation and board being abolished. 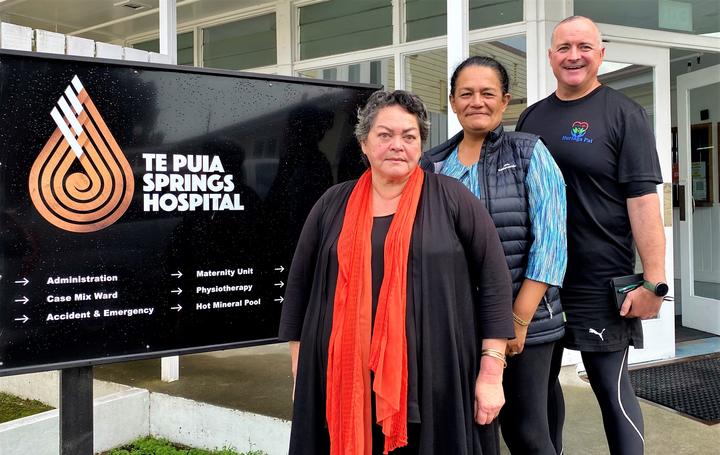 Minister of Health Andrew Little this morning announced plans to replace all 20 DHBs with a single national health organisation.

The new organisation, Health New Zealand, will operate over four regions and have district offices throughout the country.

There will also be a Māori Health Authority with spending power, and a new Public Health Agency.

"We welcome the government's huge awakening and acknowledgement that the healthcare system has not worked for Māori. My view is that they've never acknowledged that before.

"It also says to us that they're determined to make that difference.

"It's futuristic. It's actually flipping what we have known for years on its head and it's going to be a challenge for all of us, including services like our own.

"This way forward removes the dependency of our people on the systems and structures that have never worked for us," Kahaki said.

The changes go beyond recommendations of the Health and Disability System Review released by Heather Simpson and health experts in 2020 suggesting the number of DHBs be reduced to between eight and 12.

Hauora Tairāwhiti chief executive Jim Green reassured the community that health services would continue as changes were put into place.

"You will still see your GP, your local medical centre will continue to operate, as will your optometrist, physiotherapist and dentist. Gisborne Hospital will still be here," he said.

"In Tairāwhiti, we are seeing demand for healthcare continuing to grow which is placing pressure on already stretched resources.

"Inequity of health outcomes for our Māori population is a feature of health in Tairāwhiti that we are constantly working to address.

"Many of the changes will support Māori decision-making and direct commissioning of more kaupapa Māori and te ao Māori-grounded services, and co-commissioning of other health services.

"We have seen in Tairāwhiti that this has been very effective."

The Hauora Tairāwhiti board would continue to operate "in the meantime" to support the transition to the new structures, a spokesperson said.

Similarly, Hauora Tairāwhiti's Māori and iwi partnership board Te Waiora o Nukutaimemeha would continue its role while the form of partnership mechanisms was worked up.

Hauora Tairāwhiti board chairperson Kim Ngarimu said the commitment to Tiriti partnerships and a new way of working through the Māori Health Authority was an "exciting development" providing for a much stronger iwi and Māori influence across the system as a whole.

Labour's Ikaroa Rāwhiti MP Meka Whaitiri said the changes might be viewed as "radical" but were long-needed.

"We have an opportunity to make this once-in-a-lifetime change to put in place a new system that benefits everyone. It is not about cutting front-line staff, or cutting services. It's about creating a smarter and fairer national health system," she said.

A Hauora Tairāwhiti spokeswoman said it was intended that the new structures be operational from 1 July 2022.

The reforms were expected to take three years, with work to set up interim agencies to start in the coming weeks.