Regions and rural communities could lose their voices in major health reforms that remove elected boards from the public health system, critics say.

But in announcing the biggest shake-up of the sector in decades, Minister of Health Andrew Little this morning said the country's 20 district health boards had resulted in a fragmented, dysfunctional "postcode lottery" where health outcomes varied depending on where a patient lived.

And that needed to change. 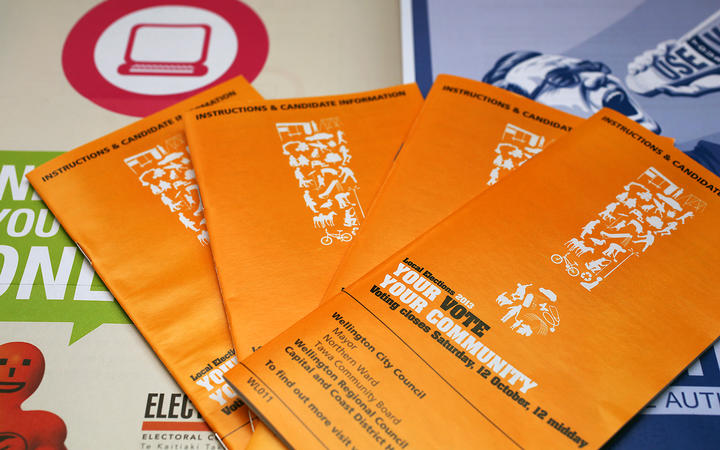 Local election voter turnout, including for DHBs, has recently been tracking at only about 40%. Photo: RNZ

Set to take effect from July 2022, the reforms would replace all DHBs with one national organisation, Health New Zealand; create a new Māori Health Authority to develop policy, commission health services and monitor Māori health; create a new Public Health Agency; and change the role of the Ministry of Health.

"Our regions know what works for them when it comes to keeping their communities healthy, and that isn't always having Wellington dictate terms," he said in a statement.

"The government should be looking to maintain regional identities and exploring the consolidation of some functions across DHBs, like asset management, not getting rid of them entirely."

Reti told Local Democracy Reporting when he served as an appointed board member at Northland DHB between 2001 and 2007, decisions made by the board were influenced by its residents.

He said the reforms followed a pattern of change including the proposed Three Waters restructure, which would remove water services from councils, and with polytechnics, where a single national entity had been created to oversee the tertiary education providers.

If elected National would retain the community and local voice through a DHB framework, Reti said. It would repeal the separate Māori Health Authority and work toward a single integrated health system.

Four regional divisions to be set up

As part of the reforms announced this morning, Health New Zealand would commission primary and community services through four regional divisions, but where they would be based had not yet been decided.

There would be clear expectations and guidelines for how local, regional and national organisations should listen to and involve communities and consumers, according to supporting information alongside the announcement.

The documents said consumer groups would be brought into national consumer forums, to "make sure the right voices are heard, in the right way".

Former Waikato DHB member and current Hamilton City councillor, Dave Macpherson, said he was concerned at the potential loss of democracy and accountability with the disestablishment of health boards.

"It is a loss to local democracy but what we had clearly wasn't working," Macpherson said.

"It's a loss for democracy in one sense but in reality DHB boards never had any real say anyway."

He had concerns for small towns such as Taumarunui where transport to Waikato Hospital, a two-hour drive away, had been an issue in the past, prompting calls for specialist visits there.

Association of Salaried Medical Specialists executive director Sarah Dalton told RNZ's Nine to Noon the reforms were like a "great de-clutter of health".

She agreed regional voices might not be heard with a centralised bureaucracy.

"It's a fear of our members as well, who are senior doctors and dentists mostly working in what are currently the DHBs, in the hospitals," she told Nine to Noon.

"One of the things we learned in Covid was that there was a whole layer of bureaucracy that had to go away, and there was more clinically-led decision-making, and more direct partnership between key leaders who are decision-makers, and decision-making clinicians, and we need more of that in our system."

But Little told Nine to Noon that DHBs, which would be abolished once the new legislation was in place next year, hadn't necessarily been good at capturing "local need and local input".

He said the four regional divisions of the new Crown entity would be where the commissioning decisions were made.

"In order to make those decisions, they will be drawing on work done very much at the locality level - so towns, cities, relevant sort of population group level."

The model would require community input, he said.

"There will be ample opportunity, more opportunity than there is now, at a very localised level, at a community level, to allow that input to happen."

What was important to people, timely access and quality care, could still be influenced by regional voices.

"Where it's most important for most people - they want to know, can I get to the doctor on time, is the hospital nearest me or the hospital I have to go to, is it going to be able to function and get me the healthcare that I need?"

Election Services managing director Dale Ofsoske was hopeful voter turnout in local body elections next year, recently tracking around 40 percent, would increase with the removal of "the added complication" of DHBs.

It would also cost less to run the elections, though funding provided by DHBs to help offset their cost to the election process would mean more costs for city, district and regional councils and their ratepayers.