A Mid Canterbury school principal believes the use of phones in schools needs to be carefully managed. 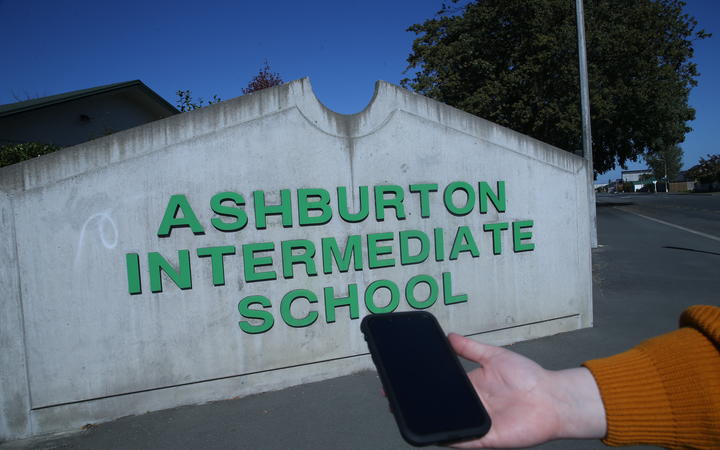 Ashburton Intermediate School principal Brent Gray says a tightly managed cell phone policy could be a way forward for other schools in the district.

The views come amid the recent suspension of a Methven secondary school pupil and growing calls from the local community for the use of phones in schools to be banned.

A Mount Hutt College pupil was suspended last week after an alleged incident where they filmed another student.

The incident and the college's phone policy are now under review ahead of a forthcoming board of trustees hearing.

Gray said pupils were required to hand their phones in each morning. The phones would then be stored in the school office before being delivered back to pupils at the end of the school day.

"We've had very few issues," Gray said. "Students absolutely know what happens if they do [break the rules] and parents are happy to back us up on that."

Ashburton Intermediate confirmed it had conducted discussions with other schools on the subject previously.

Gray agreed that other schools in the district adopting a similar policy was worth considering.

"They've queried us from time to time to see what our policy is," he said. "Ninety percent of our students go on to Ashburton College."

Ashburton College said under its college procedure guidelines cell phones were important for pupils in terms of communication with parents and caregivers.

"Abuse of a cellphone to harass others in the college community is regarded as a serious breach of student behaviour and will be dealt with as a disciplinary matter."

Gray admitted it was not straightforward for secondary schools.

"If they like students to have a device then they accept that a phone is one of those.

"Often if they need to note down homework from the board, then the easiest way to do that is by taking a photo on their phone."

The challenge for educators was managing the issue of phone use, he said.

"You're never going to get it 100 percent correct.

"Most of our students probably have phones because they need to communicate with parents after school, rather than anything else."