The use of cellphones at a Methven high school is under scrutiny after a student allegedly filmed one of their peers without their permission. 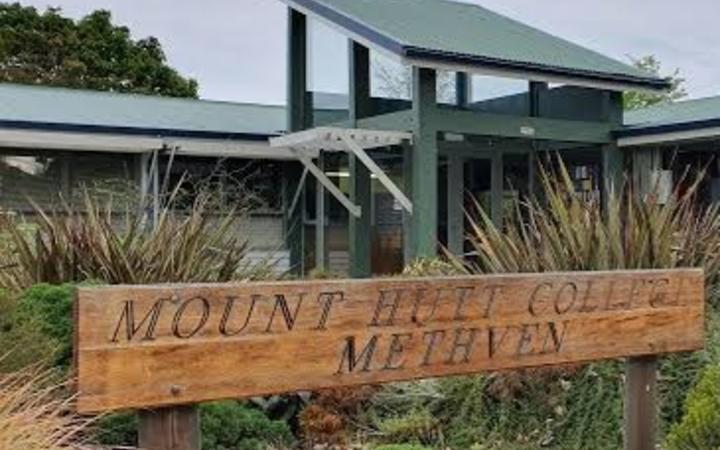 A pupil at Mount Hutt College has been suspended and is facing further disciplinary action after the alleged incident, where they filmed a fellow student before distributing the footage to multiple contacts, "with the intention of humiliating them".

The state co-educational secondary school is now liaising with Police and Netsafe around the incident ahead of an impending Board of Trustees hearing.

College principal Jack Saxon confirmed - in a release to parents - that further investigation was occurring to determine whether the pupil acted alone and called on anybody who had received the video to delete the material immediately.

"Given the severity of this matter, I have decided to suspend the student from school pending a hearing from the Board of Trustees," Saxon said.

"This incident is incredibly serious and has the potential to significantly impact the wellbeing of the victim both now and into the future."

Saxon would not disclose any details about the content of the video but did not rule out further disciplinary action.

"I would encourage you to continue to be an upstander and call out members of our school community who continue to video learners without their permission.

"At the end of the day our chief role as educators is to create a safe environment, both physically and mentally for the learners that come here."

Mount Hutt College staff received several disclosures from school pupils which Saxon described as "critical in minimising the potential impact on the victim".

The use of cell phones at the school is set to come under review which could lead to a change in school policies.

"Any major incident that occurs at our school will lead to a review around the systems we have in place to support our akonga," Saxon said.

"In this case, we are likely to focus specially around the purpose in enabling cell phone use in school."

It was unclear whether the footage was shared with pupils at other schools in the district.

Ashburton College principal Ross Preece said he was not aware of the alleged incident and would not be drawn on questions about whether any of his pupils had received the footage.

Two pupils at Ashburton College were excluded in 2018 after a schoolyard attack which was also caught on camera.