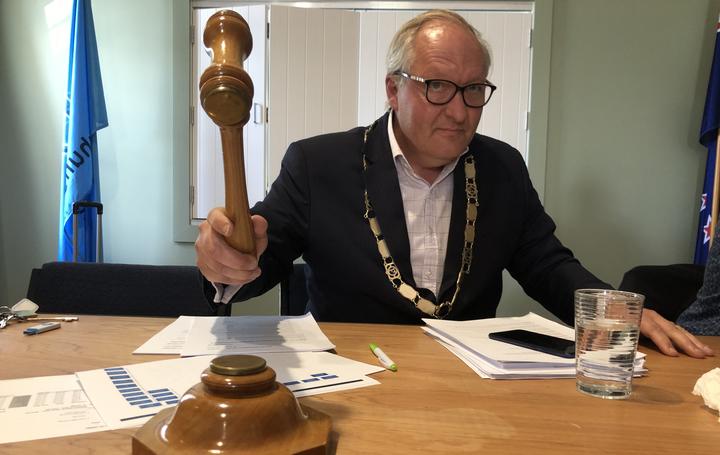 Beijen presented the petition to high-ranking government officials on Tuesday after his own concerted campaign to bring major bank branches back to his rural district.

Martinborough's ANZ branch was the final high street bank to close in the area, in 2018.

Since then, a part-time BNZ branch in neighbouring Carterton and Kiwibank facilities at shops in Featherston, Martinborough, and Greytown have supplemented online financial services.

A trial bank hub was opened in Martinborough late last year by Finance Minister Grant Robertson, one of six in rural areas across New Zealand.

"A part of the trial is to see if that is enough for people; are there other things we could manage. We'll see how that goes."

"It means they've got face-to-face banking services, in this case in a town where the last bank left two years ago." 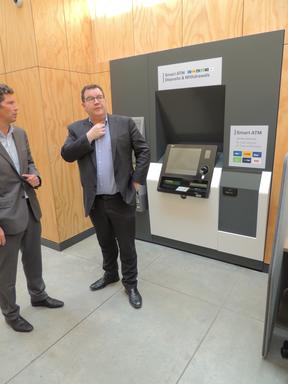 At the launch, Roger Beaumont, the chief executive of the New Zealand Bankers' Association, said the "unique partnership of six banks looking at innovative ways to support smaller communities is ready to go".

"During the Covid-19 lockdowns, banks helped thousands of New Zealanders get better at using online and mobile banking. Those customers aren't looking back. However, we know that some customers still prefer face-to-face banking, and that's what this banking hub trial is designed to test."

At the time, Beijen said the banks had "abandoned rural New Zealand, then pretend they are helping them by popping in an ATM and telling the national press about what a good idea this is".

In a column in the Wairarapa Times-Age yesterday, he said the closures were "a case of maximising profit at the expense of our communities".

"There is a huge impact on elderly, businesses, rural workers and indeed communities that rely on a banking branch for services that have been provided since NZ towns as we know them were formed in the 1800s."

He said Pahiatua, in the Tararua district, felt the closure of its final branch last week, when Westpac closed its doors.

"In researching the issue, I was appalled to find out that, whilst banks were saying the public didn't use branches as much, they were actively discouraging customers from using them in a number of ways."

Kiwibank, one of the six major players in the hub trial, announced last week that it was closing over the next year. This included its Gisborne Branch. 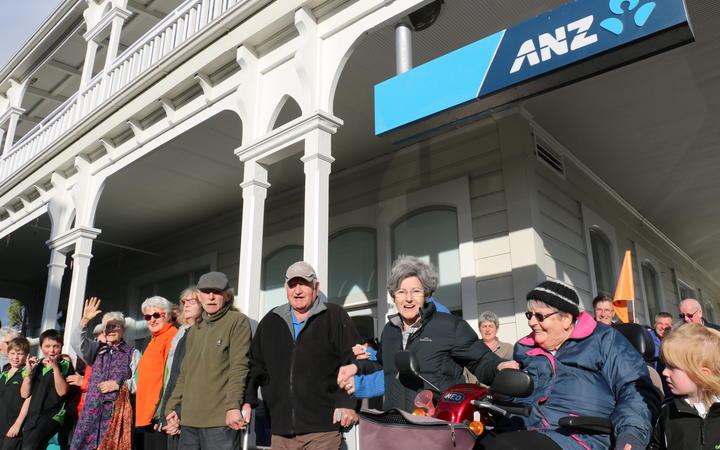 "I know there are older residents who may not be that tech savvy and they really value that face to face interaction," Stoltz said.

"I do believe if you offer a service, it should be fit for purpose.

"When our only state-owned bank, Kiwibank, says they are shutting down their Gisborne branch, I just thought our Gisborne residents deserve a service that fits their means."

Kiwibank chief executive Steve Jurkovich said the company "appreciate the proposed changes can create uncertainty for our people, our customers, and communities and that's why there is a period of time so we can make fully informed decisions.

"We continue to offer all customers support to understand and use faster, safer and cheaper methods of banking, including telephone banking, mobile and internet banking, direct debits and guidance on how to set up automatic payments."

The Martinborough trial hub remains in the town's Waihinga Centre and is due to run to the end of the year.

Kiwibank announced profits of $55 million for the six months to 31 December, an 8 percent rise on the previous half-year.