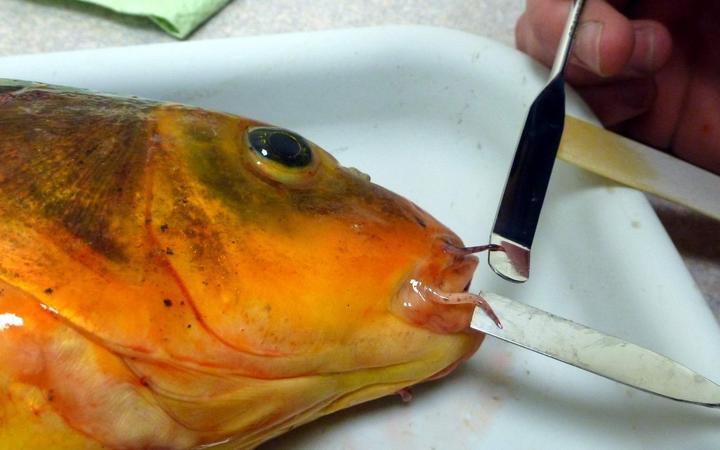 The koi carp is the first seen in the 50,000-year-old lake - New Zealand's biggest dune lake and among the best examples of its type in the world.

"At first I thought it was a ginormous goldfish," Voschezang from Hamilton, said of the 40-centimetre-long, bright orange fish he spotted in the lake north of Dargaville.

Dune lakes are among the rarest and most threatened aquatic habitats in the world.

Northland Regional Council (NRC) chairperson Penny Smart said: "Koi can cause devastating environmental damage and are very difficult to get rid of once they are established".

Koi carp - often called possums of the water - are one of New Zealand's worst freshwater pest fish, breeding rapidly and destroying habitats as they vacuum up plants, fish eggs and small fish from the lake floor. They constantly stir up the bottom of lakes or rivers they live in, muddying the water and destroying water clarity and light levels. 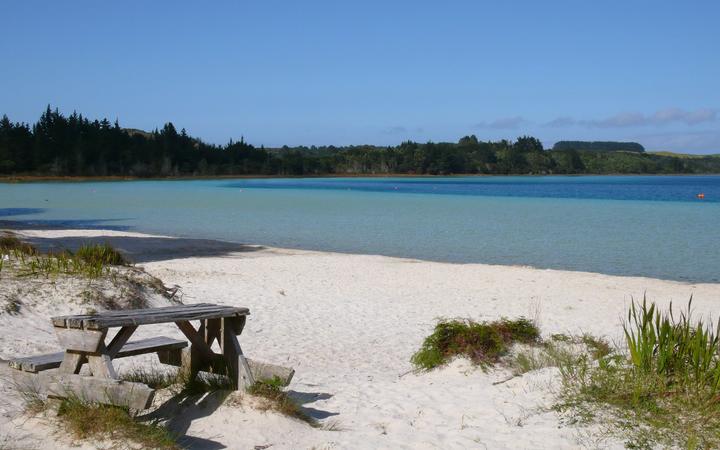 "(This) creates unpleasant swimming conditions and, bluntly, would be an absolute disaster in Taharoa," Harris said.

NRC biodiversity manager and national dune lakes specialist Lisa Forester said koi carp "would be potentially devastating for the lake itself and the thousands of people who go there every year".

Illegal deliberate introduction is being looked at as one option for how the fish got into the lake - along with accidental transfer of pest fish eggs or fry via a boat trailer or equipment.

It is illegal under the Biosecurity Act 1993 to breed, transport or spread koi carp anywhere in New Zealand. Anybody found to have spread the fish to the lake faces five years jail and/or fines of up to $100,000.

A multi-agency response is now under way to find the fish, with lakeside work starting Wednesday.

Drones, environmental DNA detection and purpose-designed set nets are among tools to be used to find the koi carp.

Zeke, a Hamilton Christian School student, said: "I'm pleased they are going to try and find the fish. I want to be able to enjoy the lake because it's a really lovely lake".

Koi carp have become a pest fish on every continent around the world except Antarctica and are legally classed as an unwanted organism and noxious species in New Zealand.

Lake Taharoa is significant to local iwi and hapū for its historical values and as a mahinga kai (food-gathering place). 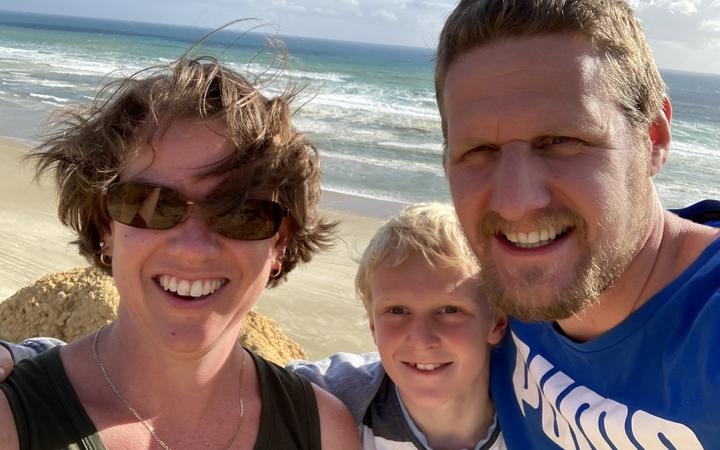 Zeke, a budding marine scientist, was kayaking on Lake Taharoa while holidaying with his family at Kai Iwi Lakes over Christmas.

He tied up to a buoy, wanting to see what was happening in the water around its chain.

"I just kept looking because I am interested in fish and birds and most creatures.

"There was lots of algae on the chain. I looked down and saw the koi carp floating and nibbling at the algae. It was opening its mouth, sucking in some water. It rotated its eyes up to have a look at me and then swam away.

"It was orange with three black lines on the top of its back.

His mystery fish discovery came to light as Zeke and his family drove home to Hamilton from their holiday. The family passed a large roadside DOC sign, urging people to report koi carp sightings, soon after leaving the lakes.

Harris said it was great to get Zeke's observations.