Work should begin in the next few months to replace Tāneatua Police Station, destroyed by fire two years ago. 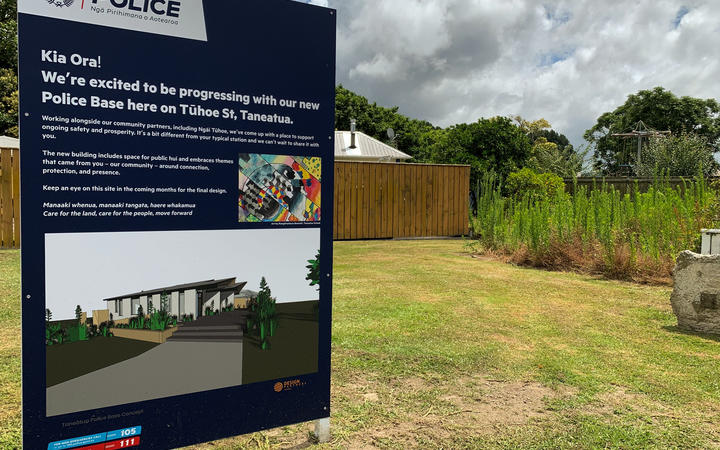 Police have been keeping the Taneatua community updated on their new station through billboards erected at the site of the old one. Photo: Charlotte Jones/LDR

Police unveiled the first designs of the new building this week.

It will be a police station like no other; there will no holding cells, no barriers in front of the counter, instead, there will be space for community hui and a cup of tea with police staff.

Area commander Stuart Nightingale said there would be one more meeting with the reference group to finalise the design for the base before building consents would be lodged with the Whakatāne District Council.

"It's well and truly progressing. The ground will be turned in the first quarter of this year and we're looking forward to seeing it finished," he said.

"The building has been designed to create an operational area that can be secured but also has space to accommodate community hui or gatherings that have nothing to do with police work."

Police partnered with mana whenua Ngāi Tūhoe and other community members when designing the base and the design shows a building like Tūhoe's Te Uru Taumatua landmark living building.

Through barbeque hui, the community told police they wanted to feel connected to the building, to feel protection not prosecution, and for the building to have a community focus.

The designers, Design Partners Architects, have a passion for bespoke design and timeless architecture and the first design shows a building constructed mainly of timber designed to reflect the surrounding environment and community.

The roof of the building, for example, reflects the valleys in the surrounding area. 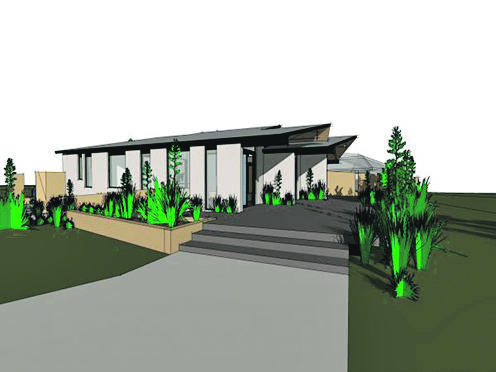 The new Taneatua police base has been progressed by police in partnership with iwi and the community and looks to be a police base like no other. Photo: Supplied

"We are also looking at contemporary art and information being made available to the public with the history of that community," Nightingale said.

"You may, for example, walk up the stairs and be able to read the history of Tāneatua, of Ngāi Tūhoe, their relationship with the police, with the Crown, about Te Urewera.

"We would like to make it interesting and make it a place where people park their cars and walk up and have a read."

As well as having a new and improved police station, Tāneatua and its surrounding rural areas of Rūātoki, Waimana, Matahi and Nukuhou will benefit from an increased police presence.

Nightingale said the old station was manned by one police officer, but the new base would be home to two.

"We have been trialling a second staff member for the last 12 months, but we will soon be advertising for a permanent second Tāneatua staff member," he said.

"That effectively doubles the visibility and the coverage, which we have found over the last 12 months to be very effective."

Whakatāne deputy mayor and representative for the Tāneatua ward Andrew Iles said he was pleased with the progress of the building but was still fielding many calls from people asking when the base would be finished.

"I would now like to see the thing advanced at a faster pace,"Iles said.

"The community would like to see a building this year."

Iles said the isolated rural areas were still facing issues with crime and the community would feel safer once the new police base had been built.

He pointed to the fatal stabbing of former Department of Conservation staff member Wipatene Mason at Nukuhou on Christmas Eve as an example.