Westland Mayor Bruce Smith says his council is willing to help resolve the ongoing stoush over water levels in the artificial Ross Lake, but the regional council is the regulator and should act. 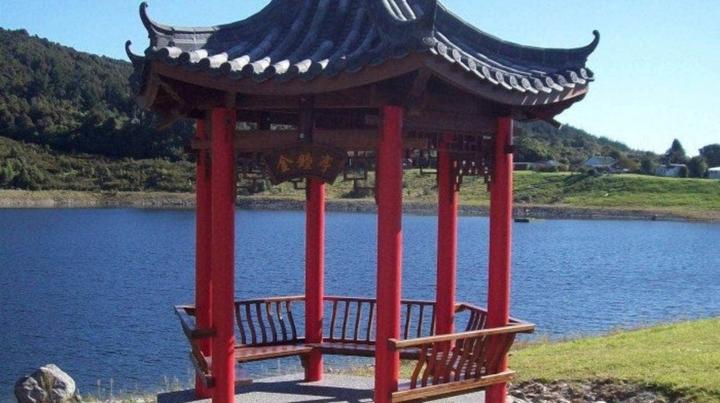 The pagoda in the Ross Memorial gardens. The lake level rose to the top of the seat when a slip changed the flow in a local creek. Photo: LDR / Lois Williams

Volunteers who have been diverting Jones Creek to stop the lake from flooding the town's Chinese Miners' Memorial Gardens say they are still having their work wrecked on an almost daily basis by an individual.

The group has permission from the West Coast Regional Council to carry out minor rockwork in the creek bed, so that more water drains into a culvert, and less goes into the lake, created after a deep open-cast pit was flooded when mining ended in the 2000s. 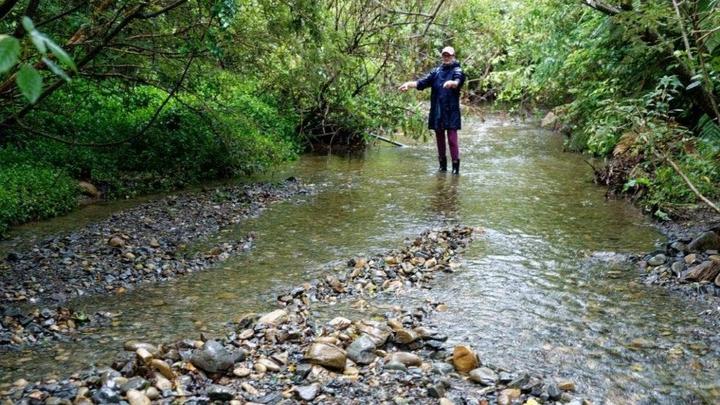 A volunteer displays the minor rockwork done to divert the creek's flow to lower the lake and protect the gardens. Photo: LDR / Lois Williams

But the alleged vandal has continued to dismantle the group's work, and water levels in the lake have risen, again drowning the memorial gardens developed on the lake shore.

"There are tensions in the town over this and we don't want the community scrapping over it, but we can't dictate to anyone - it's purely a regional council matter," Smith said.

The regional council has confirmed that WRENIS (Westland Regional Environment Incorporated Society) is not breaching any rules by diverting Jones Creek to protect the gardens.

But the mayor said the question the council should settle was whether the man who repeatedly destroyed the small weir and rockwork was breaking the law.

"If he is in the wrong and breaking rules, why has the regional council not taken action?"

The Greymouth Star has approached the regional council for a response.

Flooding had not been an issue when the gardens were created and the Chinese pavilion (liang ting) was built a couple of years ago, Smith said.

"But it seems it's going to be a problem in the future, and with hindsight maybe it would be better to move the pavilion." 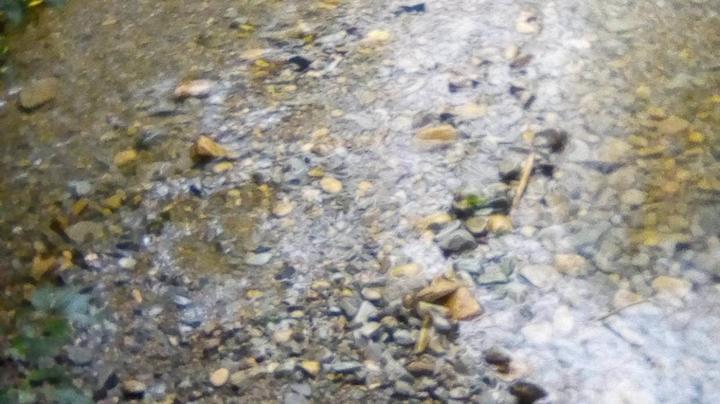 This photo shows the missing rockwork in the latest episode of alleged sabotage at Ross Lake. Photo: LDR / Lois Williams

The Westland District Council was ready to support any move by the Ross community to resolve the situation but the request for help had to come from the community, not from either side of the conflict, the mayor said.

Ross Community Society chairman Trevor Lister said an informal approach had now been made to the Westland District Council asking it to step in and help to settle the issue.

"There's a lot of 'niggle' going on about this in town ... if WRENIS asked, we (the Ross Community Society) could help them, but we haven't been asked yet."

Lister said he walked out of the last meeting of the community society, after it descended into a ruckus of shouting and abuse.

"The same guy who's been undoing the weir in Jones Creek wanted us to write to the council and complain about other rocks the group had put in a turnaround area - we had agreed, but that was before I heard about all this other stuff going on," Lister said.

He had felt the community society was being "manipulated and bullied" and he had put a stop to that by walking out, leaving the meeting without a quorum.

WRENIS secretary Biddy Manera said the repeated damage to the volunteers' work was disheartening and it was disappointing that councils were standing back while it continued.

As a project, the Chinese Memorial Gardens had enjoyed widespread community support and it was hoped the hard work that had gone into creating them would not be in vain, she said.