Authorities in Gisborne have decided a $400,000 per hectare licence to grow gold kiwifruit adds value to the land, and will mean a sizeable rates increase. 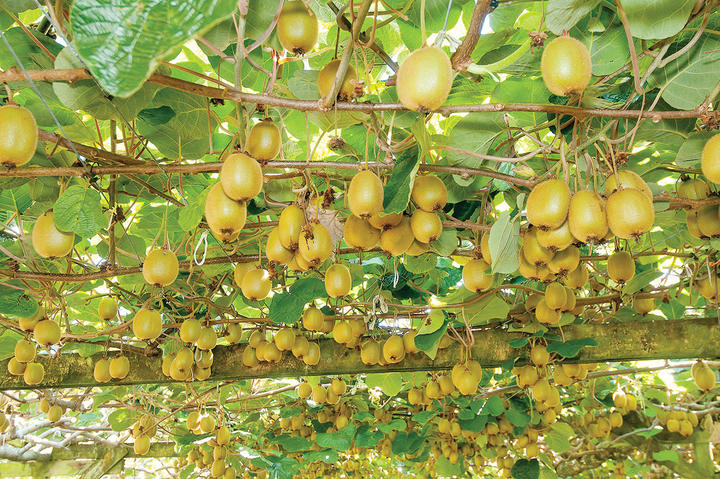 An adjustment to how gold kiwifruit properties are valued has added $200 million in value to Gisborne's horticulture industry. Photo: LDR / Gisborne Herald

Gisborne is the first region to adjust land valuation methods for gold kiwifruit properties to now include the value of the growing licence on the rateable value of the property.

This follows a meeting between the Valuer-General and valuers in August, in which they decided the licence should be included in the Value of Improvements, which requires the "assessment of the value of all work done on or for the benefit of the land".

All councils with gold kiwifruit would have to reassess their methods.

Some Gisborne kiwifruit growers raised initial concerns about what the change would mean for rates, and whether the licence should be included in land value, but no one would comment until there was better understanding of the implications. The New Zealand Kiwifruit Growers were also approached for comment.

A revaluation of Gisborne's horticulture industry was undertaken as part of a three-year district-wide revaluation for rating purposes, with the adjustment to gold kiwifruit valuations adding $200 million alone.

Gisborne District Council revenue team leader Fiona Scragg said a rates remission was in place for horticulture which took into account the licence, infrastructure and value of the crop, and excludes it from the general and targeted road rate.

The other targeted rates are set on a mixture of land value, capital value and other factors, so the increased value wouldn't impact "all" the remaining targeted rates, Scragg said. If the capital value of a kiwifruit property increased less or more than average for that sector, or if the council's finance policies, or budgets changed, then kiwifruit growers' rates would be affected, she said.

According to the valuation, Gisborne's horticulture industry climbed from $820 million in 2017, to close to $1.5 billion in September 2020.

While new orchards had crept across the region, with more than 100 hectares of new kiwifruit blocks, land value had increased by 54 percent.

Gisborne's horticultural industry - of which about a third is kiwifruit by value - has seen a 79.5 percent increase in capital value over the past three years. The industry also includes apples, grapes, citrus and vegetables.

"Basically, Gisborne flats are world-class and very sought after by investors locally and nationally for new kiwifruit developments," he said.

Valuer-General Neill Sullivan said the issue of how to assess gold kiwifruit properties came up earlier in the year, as part of regular discussions with rating valuers. 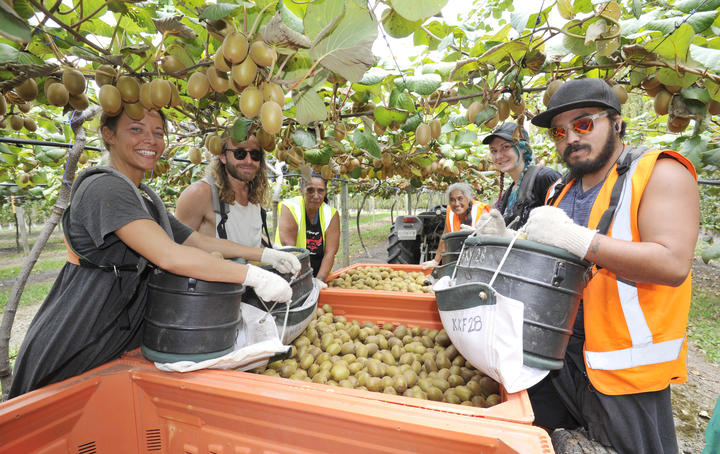 Gisborne's horticultural industry - of which about a third is kiwifruit by value - has seen a 79.5 percent increase in capital value over the past three years. Photo: LDR / Liam Clayton / Gisborne Herald

There was a view that the rating valuation methodology for gold kiwifruit properties may not have been meeting requirements, because the licence to grow the G3 kiwifruit variety was not being assessed as part of the value of improvements, Sullivan said.

He met with rating valutions providers in August 2020 to discuss the definition of Value of Improvements.

"The valuers reached a view that the rating valuation had to include the licence," Sullivan said.

He accepted this view based on the legislative definition of Value of Improvements.

"Growers must have a licence to farm G3 vines. Without it, the vines would need to be removed," he said.

"Together the licence and the planted vines generate added value, which is recognised in market transactions."

The change would mean an increase in the capital value and Value of Improvements rating value for gold kiwifruit properties.

These values would then be used for rating purposes, subject to various councils' rating policies, Sullivan said.

Revaluation information had been sent to the Valuer-General for auditing, and sign off was expected on 4 December.

The public would be notified of revaluation changes on 9 December, and owners had until 29 January to put in an objection if they disagree with the new values.