Rotorua's recycling travels nearly 150km every day, but the council does not hold data on the emissions it creates. 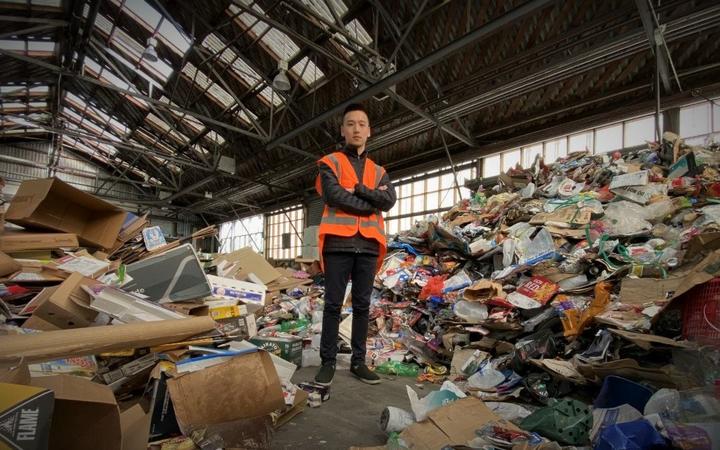 On average, about 20 percent of that recycling is contaminated and is diverted to a landfill a further 30km away.

The information comes as the council's climate change action plan is out for consultation, closing on 16 October.

The average monthly contamination in the same period was about 19 percent, he said.

While recycling was collected in Rotorua, it was not sorted locally, but re-compacted at the Rotorua Recycling Centre on Te Ngae Rd and then transported to Smart Environmental's Kopu base - just south of Thames - to be sorted.

Smart Environmental was the council's recycling contractor, signing on to a 15-year $58.5 million contract in 2016.

Waste Management's contract to dispose of Rotorua's general waste has no set value but the council paid $178.50 per tonne.

Fraser said compacting the recycling in trucks could increase the risk of contamination.

He said compaction was standard practice in waste collection as it minimised the number of trips needed to transport the material to be sorted after collection.

Higher levels of contamination in recycling required more work to process and made it less likely to be bought by organisations that used the materials, he said.

Asked what greenhouse gas emissions were emitted as a result of these processes, Fraser also referred those questions to Smart Environmental and Waste Management.

Asked if the council or the council's contractors offset any of those emissions, Fraser said landfill operators - such as Waste Management - had to offset emissions under the Emissions Trading Scheme.

However, Smart Environmental declined to comment and referred the Rotorua Daily Post back to the council. Waste Management did not respond to a request for comment.

Fraser said it would not be cheaper to replace the Rotorua landfill, which was capped in late 2018, due to environmental and health and safety concerns.

Nor would it be more environmentally-friendly to avoid the status quo by building a new landfill, he said.

"The best approach to minimising our environmental footprint is to divert waste away from landfills.

"The biggest impact that we can have on successfully diverting waste comes down to the choices that the individual makes at purchase time, and then by their decision of what to do with the item when they have finished using it."

Infrastructure consulting firm AECOM reported on the council's corporate carbon footprint for the 2016/17 financial year, and that included emissions from waste, and emissions "arising from contractors and capital projects", he said.

"Emissions are calculated at the transport sector level but are not able to be easily split out into individual activities.

AECOM's 2018/2019 Rotorua carbon inventory was due in November and would include emissions from waste transport, Fraser said.

He said the 2015/2016 inventory in the draft Rotorua Climate Action Plan did not include waste emissions as waste was not being transported out of Rotorua at that time, but the new data would be included in a future version of the plan.

"There should be some rules and restrictions set down that product packaging needs to be recyclable in New Zealand, or compostable."

She said it wasn't fair to place blame for recycling issues on councils when those issues needed to be "solved further upstream".

Lux said a recyclable sorting facility in Rotorua could be explored, and other funding mechanisms could be found to bring it "closer to home", however, she said she hoped the council was receiving data on the carbon emissions resulting from the status quo.

Fellow committee member Jacqui Aimers said residents would benefit from information on what types of plastics are and aren't recyclable.

"Different councils have different rules so it gets confusing. I struggled getting it right after living for a year in Wellington where the regulations are different. It was not easy to get the correct recycling information when I came back to Rotorua. The info needs to be readily available."

Councillor Fisher Wang said when people didn't clean their recyclables or put incorrect items in their bins, it had cost implications for ratepayers.

"We do rely on the responsibility of individuals to sort out their waste properly."