Blenheim man Tony Hay says the three large trees on the other side of his garden fence must go. 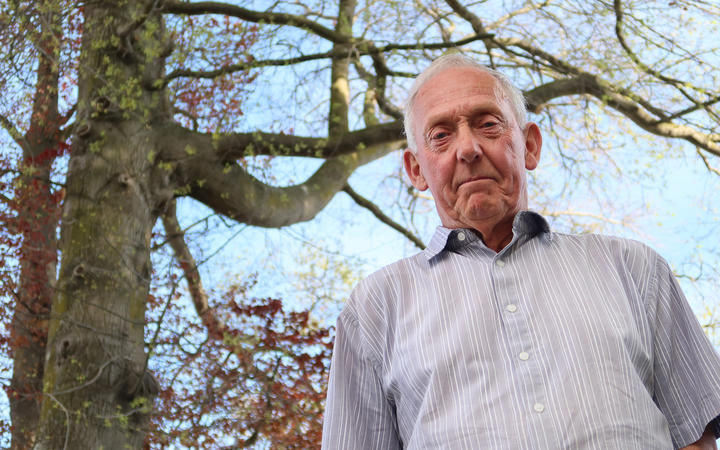 Hay believes they put him and his wife in danger, should one come down in a storm. His bedroom is only 15 metres from the 30-metre trees.

But most of his neighbours want them kept, and so the Marlborough District Council has decided to do just that. 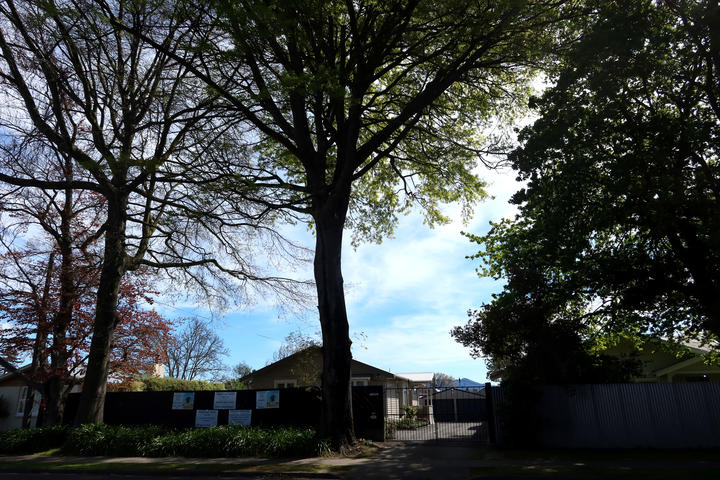 After a "drive" past the "good-looking" trees on Google Street View at an assets and services meeting last week, councillors voted unanimously to keep the "mature and healthy" trees.

But Hay will "not be silenced".

He has signs on his garden fence saying, "Marlborough District Council remove those trees" and "You cannot hide behind arborists". 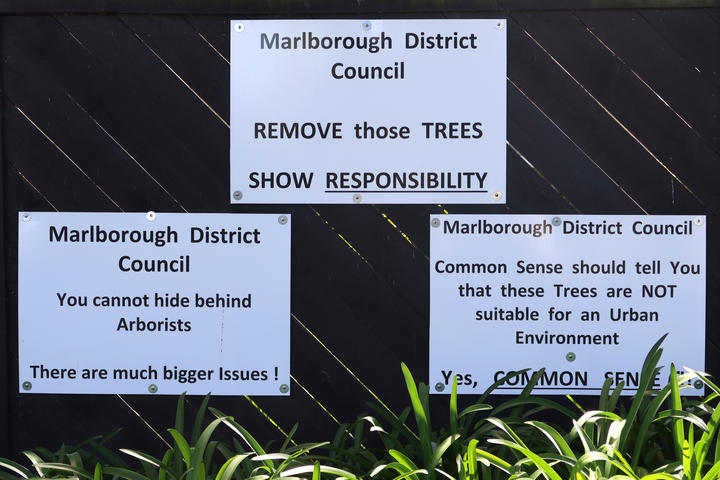 The Springlands resident says the trees - two oaks and a birch - could destroy properties and public infrastructure if brought down by more extreme weather events as a result of climate change.

"The council inherited these trees, but haven't maintained them. They're not suitable for the urban environment. They would never plant something like this nowadays," he said.

"Climate change is happening and it's only 'when', not 'if', a severe weather event will hit Blenheim."

Also in the 30-metre 'kill zone' were two other houses, two front yards and a power transformer. Emails from Marlborough Lines said 63 homes would lose power if the transformer was destroyed, and it would take up to two days to fix. 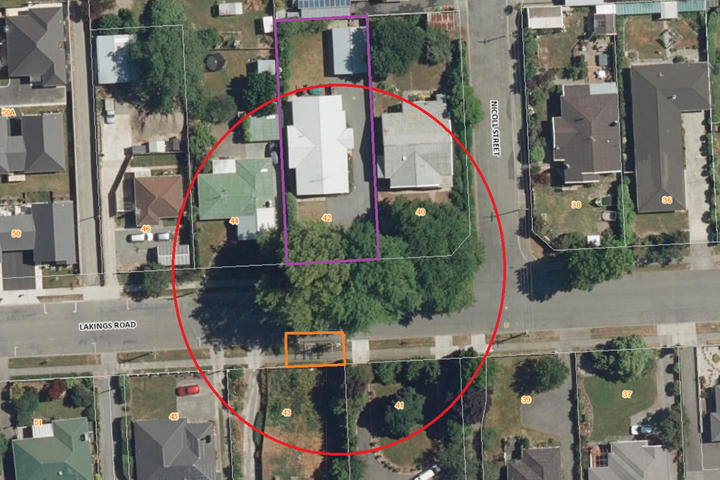 Hay says if the trees come down they could destroy his home, in purple, or a power transporter, in orange, as well as other properties. Photo: LDR / Chloe Ranford

Hay first asked the council to cut down two of the trees in March 2019, but included the third tree in August after concerns it was also a risk to public safety.

To see if his neighbours agreed, the council wrote letters to more than 60 residents along Lakings Rd and in August invited the public to pitch in, receiving a total of 72 replies.

Forty-two Lakings Rd residents replied; 26 wanted to keep the trees, 15 thought they should be replaced with new trees, and one wanted the trees gone all together.

One resident, who did not want to be named because the issue divided neighbours, told the council he wanted the trees to remain but be better maintained.

"The council has been less than proactive in maintaining those trees. The man [Tony Hay] has legitimate concerns.

"He's well within his rights to cut down any tree part that's over his side of the property. The council needs to work with him. He shouldn't have had to have gone so far to be heard." 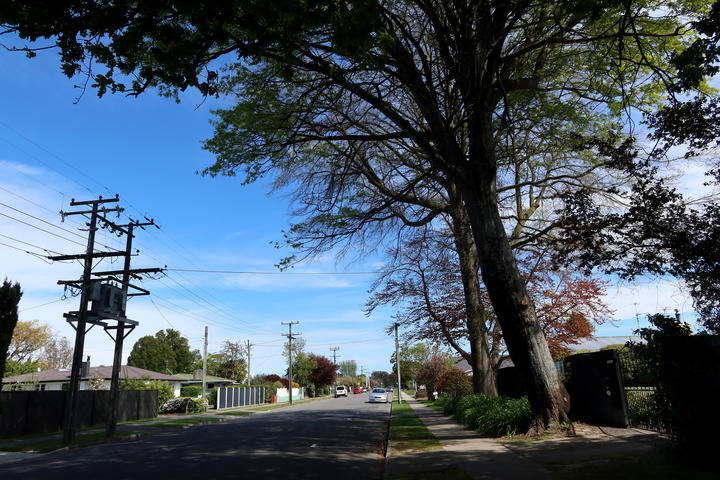 "The trees are very nice, but in an area like this, they're too tall and should be cut. Their branches spread just about across the road. If a branch breaks, it could hit a power line."

Another Lakings Rd resident, who did not want to be named, said she understood one of the trees had a higher chance of damaging Hay's house, and had supported its removal.

She empathised with him, saying she had to clean debris from a public tree each time she wanted to mow her lawn.

Council parks and open spaces officer Robin Dunn said in a report last week there was "no clear justification" for removing the trees under the council's new tree policy, adopted in June, as all three were healthy.

Dunn recommended the trees remain standing, but that their health be checked each year, to which councillors agreed.

The decision still had to be signed off by full council on 29 October.