Private plan changes proposed for the redevelopment of Drury, in rural south Auckland, will ultimately be decided by the courts, Auckland Council chief of strategy Megan Tyler says. 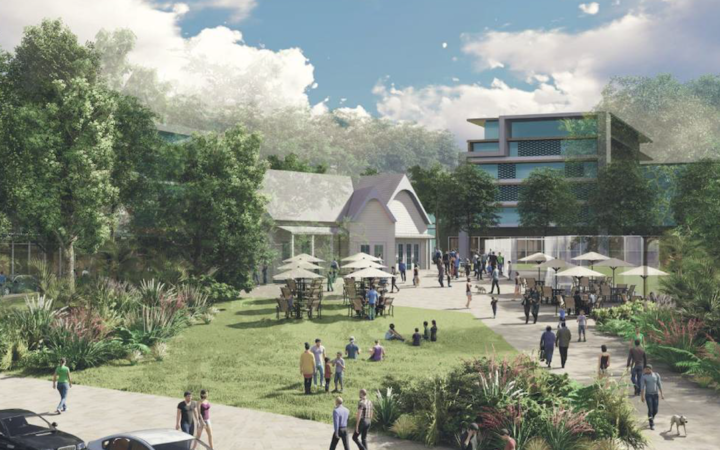 That was her message to councillors at Thursday's planning committee meeting where they discussed making a council submission on the changes.

Oyster Capital, Fulton Hogan and Kiwi Property are seeking to rezone about 330 hectares of land in the Drury East area from future urban to a mix of residential, business and open space zones.

A fourth smaller private plan change to rezone 33.7 hectares for mixed use housing by Karaka and Drury Consultant Limited was added to the public notification by council officers.

"I think it's pretty clear whichever way the panel goes it will go to court because somebody won't be happy," Tyler said.

"Because of its nature it will need to go through the courts."

Auckland Council's planning committee voted to accept the three private plan change requests in July. They have since gone out for public consultation before a series of hearings, which are expected to be held next year.

Public submissions on the private plan changes close on 22 October.

"I think there's so much at stake there and there are some big players involved and these things don't get resolved at a commissioner's hearing," he said.

At the meeting, councillors and council officers expressed their ongoing concerns about the looming costs associated with the redevelopment of Drury.

Officers said there remains a shortfall of more than $1 billion needed to fund the infrastructure for the works to go ahead.

That includes $600 million for transport-related projects. A further $500m will be needed for stormwater, sewerage, parks and community facilities.

Darby said there is already more than enough pressure on the council's finances as it is and it can't afford to defer projects in other parts of the city to help fund the redevelopment of Drury.

Council officers said there will need to be ongoing negotiations with the developers to find a solution. If no agreement is reached, it will have to ensure the funding issue is presented to the independent hearings.

"These plan changes affect the whole of Auckland, as there's not enough money to fund them with all the other growth pressures we have," Auckland Council principal planner Christopher Turbott said.

Fulton Hogan Land Development chief executive Graeme Causer did not respond to questions about Tyler's comments that the plan changes would be ultimately decided by the courts.

But he did hit back at the council's claims it was facing a massive bill to fund the infrastructure.

"It appears that the recent plan changes lodged by Kiwi Property, Oyster Capital and Fulton Hogan at Drury have become entangled with the assessment by council that an additional $1b of infrastructure is required to serve an expanded Drury township," Causer said.

"The three above-mentioned developers are paying for the infrastructure required to service their developments and have included rules in each plan change that prevent development exceeding certain thresholds until the necessary infrastructure is in place."

"The $1b of additional infrastructure referred to in recent council reports relates to the wider Drury area, the development of which will extend over 30-plus years."

Kiwi Property, Oyster Capital and Karaka and Drury Consultant Limited were also contacted for this story.