Rates rises and risks to Wairarapa council roading services could be on the cards following revelations of a likely funding slash by the national transport agency. 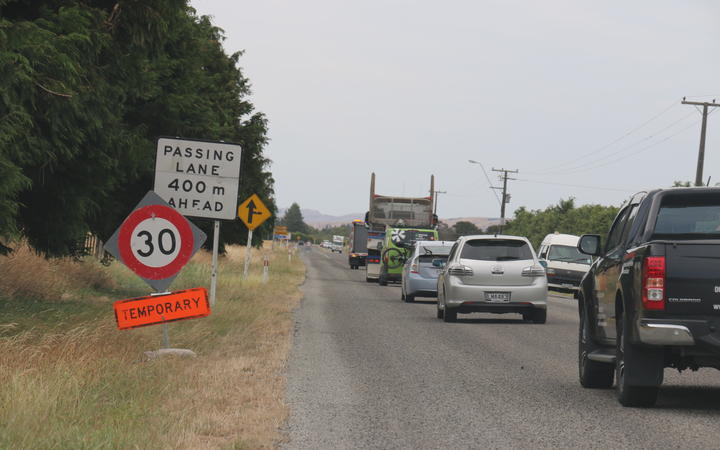 Rates rises or service cuts may be a result of road funding for Wairarapa's councils, according to a Carterton District Council report. Photo: Wairarapa Times Age / Emily Ireland

The agency has determined Wairarapa district is set to lose out on current funding levels for road servicing from its 2021-2024 funding round.

A paper by CDC chief executive Jane Davis said the authority could see a 2 percent trim of money from the agency over the next three years.

That amounts to annual revenue of around $72,000, the report said.

"While the amount is not large, rates-funding the difference equates to an increase of around 0.5 percent in total rates."

All Wairarapa's district councils will need to take the cuts into consideration with likely consequences for services, or rates.

Masterton District Council stands to suffer a 1 percent cut to its handout over three years.

South Wairarapa District Council would also see a 1 percent cut by the end of the next three-year cycle.

Roading is the largest area of operating and capital spending for councils, but also a large source of income.

About 20 percent of a local authorities total revenue comes in central government grants and subsidies, according to figures from NZTA and the Department of Internal Affairs, via a 2018 Productivity Commission study.

The money comes from petrol tax and road user charges.

Most comes from NZTA to cover roading and other transport costs, in the form of the funding assistance rate [FAR].

It is chiefly used for maintaining roads and pathways.

Davis' report said Waka Kotahi/NZTA calculated the cuts from a number of measures, including the national deprivation index.

The index is published by the University of Otago and used by the Ministry of Health to work out the relative wealth of communities.

Committee chair Russell Keys said he understood that some districts may have to face cuts when others are in need.

"While it's horrible for us to lose something, I can kind of understand that it reduces from us to give others a little bit more.

"In the long run, it's good for the country."

In Masterton, a 1 percent drop in the rate would translate to finding an extra $125,000 from rates.

That translates to 0.38 percent rates increase average, but 1.18 percent increase on rural rates, based on the existing allocation of rates required for roading.

The impact would start to be felt on roading and footpath work from 2022-23 financial year, with "a negative impact on the cost to the Carterton community" according to the report.

South Wairarapa's assets and services committee may discuss the matter in their 23 September meeting.